Pack your bags and get that road trip playlist ready! Venturing to America’s most acclaimed regional theaters is something every thespian should put on their bucket list — right after belting a showtune next to Patti LuPone, of course. While plenty of states boast renowned performing arts centers, these six pit stops are known for being cultural landmarks within their respective cities:

This 1993 Tony Award-winning theatre is home to 84 world premieres, 32 West Coast premieres and eight American premieres. Notable works of La Jolla include “How to Succeed in Business Without Really Trying,” The Who’s “Tommy,” “Bonnie and Clyde,” “Jersey Boys” and “Peter and the Starcatcher.” Today, this progressive playhouse continues to bring to life groundbreaking new productions in the sunny city of San Diego. Have your suitcase ready yet?

This 1,200-seat theatre has quite the reputation! Nestled in Millburn, New Jersey, the Paper Mill frequently brings in some of Broadway’s best performers due to its close proximity to New York City. Plus, the state theatre of New Jersey has premiered musicals such as “Honeymoon in Vegas,” a little-known show called “Newsies” and, currently, “Bandstand,” starring Laura Osnes and Corey Cott. 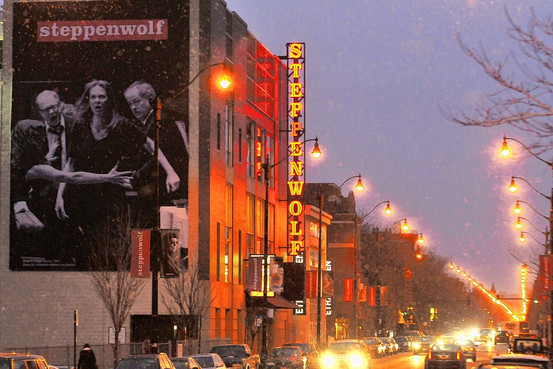 In a city known for its thriving arts scene, Steppenwolf remains one of Chicago’s best. The intimate venue creates a plethora of new plays and has been a springboard for actors who have gone into the world of theatre, television and film. A Tony Award-winning production of “The Grapes of Wrath” premiered at Steppenwolf, as well as the Tracy Letts stage adaptation of “August: Osage County.”

Minnesota’s theatrical epicenter has put on acclaimed productions of Shakespeare and thought-provoking contemporary works. In 1968, the Guthrie’s “The House of Atreus” toured nationally, breaking barriers as the first resident theatre to do so. Today, the facility, which hosts acting classes, professional training and more, has been transformed into a beautiful venue that remains a hotspot for locals and tourists of the Twin Cities.

This Ohio playhouse’s history spans over 100 years. Known for kickstarting the careers of stars such as Paul Newman and Margaret Hamilton, this theatre brings lavish, full-scale productions and innovative arts programs to the Midwest.

As “the largest company in the country dedicated to American plays and playwrights,” Washington, D.C.’s Arena Stage commissions new plays and boasts a rich history as an ambassador of the regional theatre movement. A series of famous performers and productions have graced this Tony-winning stage, making it a must-see when in the Capital City.

There are so many great regional theaters, we are positive we missed a few!

Have a favorite regional theatre? Tell us about it in the comments below…