There’s an old saying, “If you spot someone in public you think is crazy, they’re probably just an actor.”

Okay, okay, I just made that quote up, but I feel like it should be real.

Actors are part of an odd breed of people. We have the power to create extremely inspiring and important work, but it’s no secret we also have the ability to attract mountains of judgemental looks. Although we’re each packed with countless and (don’t get me wrong) fantastic quirks, here are seven weird things you’re guilty of doing if you’re an actor:

You knew this would be No. 1, didn’t you? Trust me, I get the struggle. You’re trying to cement those lines in your head while on the go, or sometimes you just need a friend to calm yourself down before an audition and you’re the only one around. Either way, to non-actors, you look 100 percent cray-cray. There’s nothing weirder than encountering a frazzled person reciting Shakespeare to themselves on the sidewalk.

Tip: Next time you memorize lines or rehearse in public, try pretending you’re talking on the phone. This is only half weird. 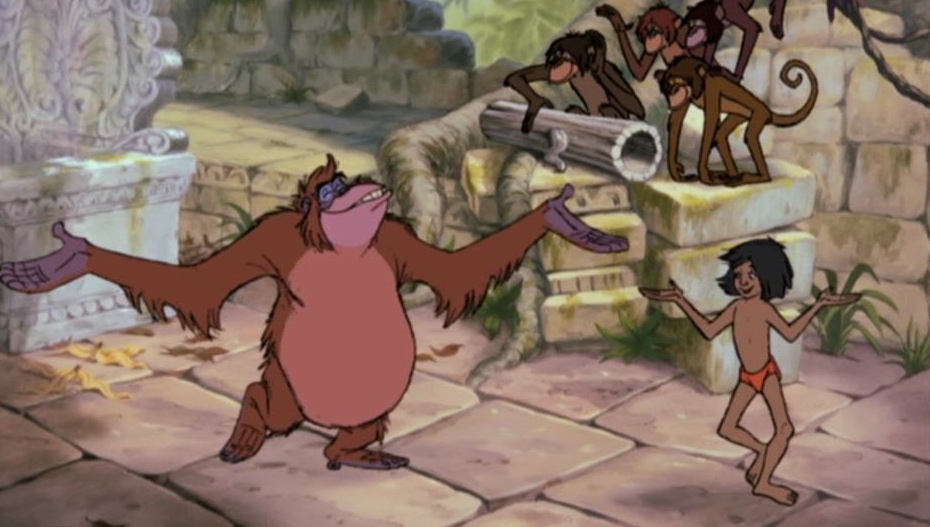 “I Wan’na Be Like You” from “The Jungle Book” should be our union theme song.

Actors are chameleons, or at least we try to be. Ideally, we should be able to slip into anyone’s shoes. Although this is a really fun process, it can definitely make us public nuisances. The second we hone in on someone interesting, not only do we want to study them unnoticed for hours as if we’re watching chimps at the zoo, but we immediately want to find out if we can be like them too.

So, you start mimicking their walk while you casually stroll behind them on 5th Avenue or try to get close enough to them in the checkout line so you can study how they speak. Just think to yourself, “WWMD?” (What would Meryl do?). The answer is probably not low-key stalk people.

3. Commencing in Warmups That Definitely Make It Look Like You’re Not Okay

Actors never want to walk into an audition totally cold. We all have some kind of prep activity to get our juices flowing. However, sometimes we’re in a rush and we have to conduct that weird routine while on the go.

We trill while running down the block. We sing scales to ourselves silently (we think). We do facial exercises that probably make it seem like we need help. And don’t even get us started on the stretching. Of course, at the end of the day, if you can walk into that audition room feeling comfortable and ready, it’s worth a few side-eyes on the subway.

4. Using Your Car as Your Rehearsal Space

Owning a car is a privilege for so many reasons, but having a private and transportable rehearsal studio is the best one.

Musical theatre nerds have all had our fair share of belting out audition songs while speeding down the highway. It’s like we have our own version of “Carpool Karaoke,” sans James Corden or any celebs. Most of the time, we get so into the emotional journey of our songs that we forget we’re even driving. Art is dangerous, right?

If you’ve never driven to an abandoned lot and recited your monologue to yourself, I don’t know if we can be friends.

5. Attempting a New Accent in a Public Place

Honestly, this never gets old, and it’s extremely helpful. Ordering that burger and fries in a foreign accent will either grant you a confused look or the burger and fries, no questions asked. If you get a weird glance, you know you have more work to do on your accent. If you get the food, then eat up! You clearly deserve it.

Being onstage or on set should ultimately feel real if you prepared enough and connected with your own experiences. Well, what if in real life you constantly feel like you’re on a stage or set? Do you ever have those moments where you tell a joke and hold for applause? Or what about coyly making a face to the camera when someone says something strange? It can be hard to shake being in the spotlight!

7. Performing a One-Person Show at Home for Whoever Will Watch

So, we’ve come to the end of this list of some of the many weird things actors do. If you know someone who acts, I hope this clarified some things. If all of these were too real for you, you’re probably an actor.

Do you have any other things to add? Let us know in the comments below…