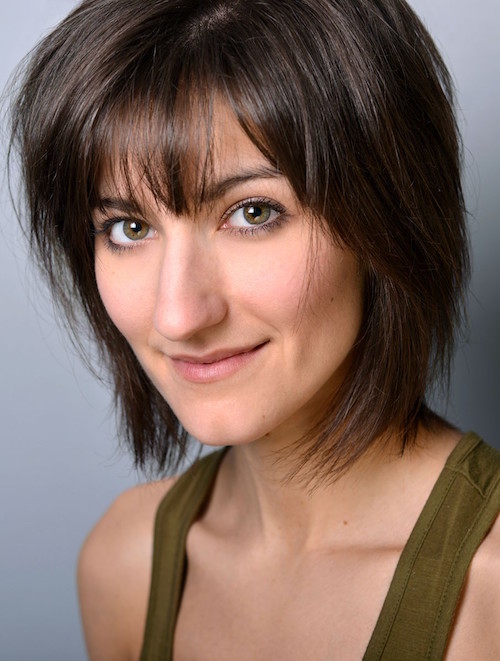 Making your Broadway debut is a dream many can’t seem to fathom without bursting into tears. The stage, the lights, the audience — it all seems so unreal. Now, imagine making your debut alongside theatre legends Patti LuPone and Christine Ebersole. Crazy, right? Well, that’s just what happened to “War Paint’s” Barbara Jo Bednarczuk.

A dancer from age 2, Bednarczuk always longed for a career on the Great White Way. When she endured trials, such as being rejected from college musical theatre programs, she pushed through and worked harder than ever to make it to where she is now.

Bednarczuk was kind enough to sit down with us at the Nederlander Theatre, the current home of “War Paint,” to talk about her road to Broadway, working alongside icons and the incredibly relevant story of this new musical.

Theatre Nerds: Before “War Paint” came to Broadway, you were involved with the Chicago production. What was your audition like?

Barbara Bednarczuk: I lived in New York for a while, but I felt the city wasn’t serving me, so I moved to Chicago. That was a year ago in January, and the first audition I went to was for “War Paint” at the Goodman Theatre. I booked it, and I was like, “Is this really happening?” So Chicago was where I needed to be for this to happen. So now I’m back here with purpose, and god, what a great purpose it is!

TN: So, what was your reaction when the show announced it was moving to Broadway and you would be moving with the company?

BB: I was in Israel on a ship, and it was like 2 a.m. there, and I’m in the port trying to get decent internet connection to call back here to my agent, who was like, “I hope you’re sitting down. You’re going to be on Broadway.” I was literally in the middle of this abandoned port at two in the morning screaming my face off.

TN: As a swing, you’re ready at the drop of a hat to go on for any one of the roles you cover. What was it like the first time you got the call that you would be going on that afternoon?

BB: It was Easter Sunday, so I called my mom on my way to the train and was like, “Guess what the Easter Bunny brought me this year?” and I said, “My Broadway debut!” I got to the theatre at about noon, just for my brain, and walked through the staging just for myself so that it was in my body, then had to go to wardrobe and hair and have them tweak some things. Then, I talked through my costume changes with my dresser, since there are a lot in the show. Then, I got my face on and was ready to go. Everyone was so supportive, and it was just so amazing. When I was bowing, I was like, “I’m bowing on Broadway. Who am I?”

TN: The show centers on the cosmetic industry. Had you an interest in that world prior to being in the show?

BB: When I auditioned for the show, no one really knew much about it at all except for that these names were attached to it. So, I did a little research on my own before I went into that first dance call and found out a little about these two women and who they were, and that they had created these empires and created what is now a multibillion-dollar cosmetic industry that affects everyone.

TN: Let’s get real. What is it really like getting to perform with Patti LuPone and Christine Ebersole every day?

BB: Before the process began, it was like an idolizing kind of thing, because they’re amazing. Seeing them and working with and just talking to them over lunch, they’re just humans, and this is what they do, and they do it so, so well. Just to see them work has been a masterclass every single performance and every single rehearsal. The caliber of everyone’s professionalism and dedication is jaw-dropping, and I feel so at home within it. I guess the nicest part of working with them is that they’re human and they’re lovely, and they just happen to possess this amazing talent.

TN: Why does Broadway and the community need to hear the story of “War Paint” right now?

BB: Right now, it seems imperative for such a story to be told and for everyone to realize that this situation has been happening for a very long time. It’s about women in business and women who were the titans of their companies, and that was not heard of during that time period at all. So we really grapple with that as well as the fact that both of these women were immigrants. They were not American, yet they were all about the American Dream and what it means to be an American woman. It’s nothing new, but people are now starting to be incredibly vocal about it.

TN: What advice would you give to your younger self about pushing through roadblocks and making it to Broadway?

BB: Keep doing what you love, always. When something doesn’t feel right, find what does and keep doing it. I was never afraid to travel for jobs, and I always put myself out there. It’s not always easy, but it’s worth it.