“This is taking chances, this is almost touching, what the beauty is…”

Contemporary roles for sopranos are an interesting bunch. Whereas sopranos typically play young, romantically inclined ingenues, contemporary characters do far more than just “glitter and be gay.” The 16 roles we’ve compiled here have various age ranges and complex characters, each with their own goals and struggles that are not seen in more classic Golden Age shows. While some roles are more wickedly popular than others, they all offer personalities performers and audiences will continue to treasure.

Glinda, the rival-turned-friend-turned-frenemy of the Wicked Witch of the West, is one of Broadway’s most recognizable contemporary characters. Created by Kristin Chenoweth, who received a Tony nomination for her performance, Glinda’s privileged background and sunny personality initially make her clash with Elphaba, her jaded, morose roommate.

A wealthy actress from California, Miss Dorothy Brown is Millie’s best friend. While they enjoy the glamour of New York City life, they get caught in the middle of taking down a white slavery ring.

3. Phoebe D’Ysquith from ‘A Gentleman’s Guide to Love and Murder’

Sure, Sibella gets most of the female spotlight in this comedy, but Phoebe takes most of the high notes. An aristocrat who marries a distant cousin, Phoebe’s big solo number, “Inside Out,” showcases her stratospheric range.

4. Clara Johnson from ‘The Light in the Piazza’

While on a trip to Italy with her mother, Margaret, Clara falls for Fabrizio, a singer from Florence.

Based on the real-life Edith Bouvier Beale, struggling actress Little Edie has a strained relationship with her fiancé, Joe Kennedy Jr., and her mother, Edith Ewing Bouvier Beale.

6. Francesca Johnson from ‘The Bridges of Madison County’

An Italian war bride from Iowa, Francesca has an affair with Robert, a photographer, while her family is in Indianapolis for three days.

Based on the Euripides play “Medea,” “Marie Christine” is about a woman whose voodoo practices have serious consequences on her family.

Based on “La Dame aux Camélias,” “Marguerite” is about a 40-year-old singer who falls in love with a young man in Nazi-occupied Paris. Ruthie Henshall received an Olivier nomination for her performance as the title character.

9. Miss Honey from ‘Matilda the Musical’

A kind and gentle librarian with a rough past, Miss Honey sees great potential in her student, Matilda.

10. Rebecca Steinberg from ‘It Shoulda Been You’

Created on Broadway by Sierra Boggess, the character Rebecca is a nervous bride who is afraid to come out as gay to her family.

Isabelle, who is miserably married to a prosecutor with a dark secret, is the object of affection to Dusoleil, who can walk through walls.

Based on the Boris Pasternak novel, Lara (the daughter of Amalia Guichard) has an affair with the lawyer Viktor Komarovsky while working as a governess.

While the 2010 sequel to “The Phantom of the Opera” has its harsh critics, the vocal writing for Christine Daae remains beautiful as she travels to New York for the opening of Phantasma, a new amusement park.

14. Cathy Whitaker from ‘Far From Heaven’

Based on a 2002 film character, Cathy Whitaker is a 1950s housewife who observes her life gradually falling apart.

15. Albertine from ‘My Life with Albertine’

Based on a character created by Marcel Proust, the musical centers on the aforementioned author’s feelings for his character Albertine, which become dark jealousy.

The lead female character of this dark comedy, Hope is the daughter of Caldwell B. Cladwell, the president of the Urine Good Company. She falls in love with Bobby, who attempts to take down her father’s company. 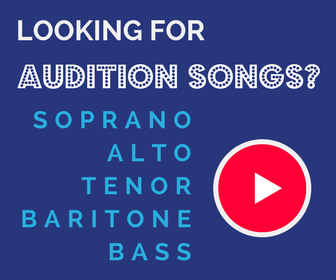 Which one of these soprano roles would you want to play? Let us know in the comments below…