1. Packing a bag with given circumstances

An acting exercise where students do a simple action and add dimension to it by applying given circumstances.

Participants: This can be practiced alone or in a group.

You’ll need: A room large enough for students to spread out and find a quiet space.

How to: The students find a space in the room and sit down on their own. The student imagines that they are packing a bag for an event; perhaps they are going on holiday, on a school trip, to school, to the gym, or traveling for a year, or even that they’ve been assigned to a spy mission. Explain that they can be any character they want, but they must know at least three of their given circumstances. For example, it’s your first day at high school, you’re in your tidy bedroom with everything neatly laid out on the sofa bed, and you have stomach cramps. Or you are leaving home, you are in a rush because you don’t want your parents to find out, you have a headache, and your stuff is spread all over the room because you threw it all over the place in a rage.

Give the students a few minutes to mime packing their bags under a particular set of given circumstances and then ask them to try again with a brand-new set of circumstances. This can be done three or four times.

Variation: This exercise can also be done with a real bag and real objects. However, this can be distracting and too leading. If practiced this way, explain the exercise the week before to students and ask them to bring in a bag and some objects. It can be good for students to swap their bags and objects with others so that the items they are using don’t hold too many set connotations.

Tip: Students shouldn’t rush this exercise or feel that they have to talk or perform. Subtle actions and reactions can be very intriguing, and these should come naturally if the student is playing the given circumstances.

A fun warm-up game where students explore the different speeds people operate at.

Participants: This exercise can be done alone or in a group.

You’ll need: A room big enough for students to walk around in.

How to: Students find a space in the room, and the teacher explains how different

People move at different speeds. Ask the students to think of someone they know who moves around at top pace and someone they know who moves around very slowly. Now explain that they are going to move around the room at different speeds, which will vary depending on what number the teacher calls out. If the teacher calls out number one, students will move at a very slow speed, and if the number ten is called out, they will move at a fast pace. Students then add a character inspired by the speed. If number two is called out, for example, a suitable character might be a person who is at ease on holiday at the beach or a person who isn’t very enthusiastic about going somewhere. Then, if the number eight is called, the actor might walk around the room fast as if they are late for a meeting or excited on their way to the gates at Disney. Running isn’t allowed in this exercise, even when the number ten is called; a fast walk is the maximum speed allowed. The teacher calls out all the different numbers, asking students to come up with characters and situations for each number.

Ask the students to choose their favorite character and speed from the ones they just experimented with. Some students may choose a slow character, number one or two, and others may choose a fast one, nine or ten. Ask the students to walk around the room as their chosen character. Instantly, the diversity of speeds will create an interesting scene and annoyances, and conflicts emerge as people get in each other’s way.

Variation: Ask the students to get into pairs; within the pair, one will play a low-speed person and the other a high-speed person, but despite this, they both have the same objective. Perhaps they are looking for a lost dog, trying to complete a school assessment or trying to tidy a room. Conflict will arise in this scene because they are playing opposite tempos, and it’s quite likely some comedy will spring from this.

An acting exercise to encourage the actor to move in new ways.

Participants: This exercise can be done alone or in a group.

You’ll need: A room students can move around in.

Variation two: Another variation is to do one favorite feature and one feature you don’t like about yourself at the same time. For example, ‘you like your hair, but you dislike your nose’.

Tip: Ask students to think about their own movement in everyday life and how their favorite and least favorite features about themselves affect their movement. However, don’t ask them to share this information with the class as it’s private.

4. Creating given circumstances for fairy-tale characters

An academic and imaginative exercise to encourage students to create backstories for characters.

Skills: Spontaneity, creating a character, imagination and character building. Participants: This exercise can be done alone or in a group.

You’ll need: A pen and paper for each student.

Explain before you begin that it’s okay to make up the answers and that there is no right or wrong answer. Any interpretation is acceptable.

Variation one: After students have gathered all of this information on their character, they can put it into practice. Ask them to create short 5-minute improvisations in groups of three to four using their characters. It can be fun to have a group of characters from different fairy tales altogether, and this provides a good base for a new and unique improvisation.

Variation two: This exercise can be practiced with a different set of characters that are not fairy-tale characters. For an older, more advanced group, the same exercise as above could be done with Shakespearean characters, characters from novels or characters from musicals

Tip: Discourage students from overthinking or writing things down and encourage them to approach given circumstances in a practical and intuitive way.

A fast-paced improvisation exercise perfect for a group warm-up.

Participants: This needs to be done in a group of five or more.

You’ll need: A room big enough to sit in a circle.

How to: The group sits in a circle, and one person – let’s call her Rania – starts

by standing up. Rania approaches a person sitting in the circle, and she apologizes for something. Let’s say she approaches Maya. Rania might be very sorry because she has lost Maya’s pet dog, she’s smashed Maya’s phone or she’s cast an irreversible spell on Maya’s brother. Maya can react in any way she likes. She could be sad, cross or maybe even pleased about the accident. What’s vital here is that whatever Rania is apologizing for, Maya goes along with it. Once the short improvisation comes to an end, Maya will then pick someone else in the circle and approach them to apologize for something. Maya might go over to Vadim, for example, and apologize for getting mud on his coat. But if Vadim asks to pass, that’s okay; Maya can pick someone else. Improvisation must never be forced onto anyone as that could put them off for life. Chances are if Vadim is given a few weeks in class just to watch, in a few weeks’ time, he will join in with an improvisation exercise on his own accord once he’s ready.

Tip: It can be fun when students play this game in character. Explain to students that they can be any character they like – a school teacher, princess or astronaut. Once they think of a character, it is likely to give them inspiration for something to be sorry for. 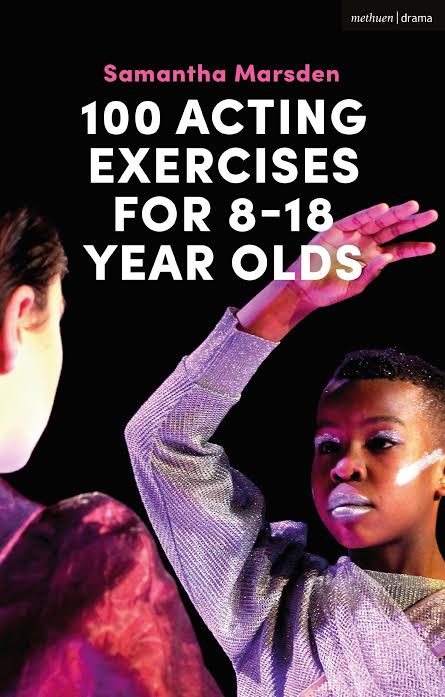 Theories and techniques of some of the greatest theatre practitioners including Sanford Meisner, Constantin Stanislavski, Lee Strasberg, and Uta Hagen provide a basis for Samantha Marsden’s original exercises. The exercises have been tried and tested in the author’s own classroom. Focus points used in leading drama schools such as voice, movement, relaxation, character development, and understanding text are recreated for a younger student.

The book features a foreword by Paul Roseby, CEO and Artistic Director of the National Youth Theatre.

“Here is the book that every drama teacher should have on their shelf” –  Sylvia Young, OBE

“An excellent resource. In it, acting coaches and their young students will find daily inspiration.” –  Robert McKee, author, lecturer and story consultant

“Every young actor that wants a working instrument should do these great, fun and practical exercises” –  Michelle Danner, Artistic Director of the Michelle Danner Acting Studio 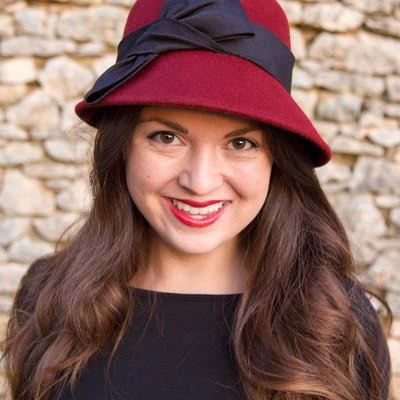 Samantha Marsden studied method acting at The Method Studio in London. She went on to study Drama, Applied Theatre and Education at the Royal Central School of Speech and Drama. She worked as a freelance drama teacher for eleven years at theatre companies, youth theatres, private schools, state schools, special schools and weekend theatre schools. In 2012 she set up her own youth theatre, which quickly grew into one of the largest regional youth theatres in the country.