Throughout the years, women have written intriguing, provocative works for the stage. Composers such as Jeanine Tesori and Lisa Lambert have won Tony Awards for their musicals, whereas singer-songwriters such as Sara Bareilles and Cyndi Lauper have achieved crossover success with their musicals. With the plethora of authors in more niche circles, here’s a list of 30 more female playwrights we want you to know.

D’Amour’s Off-Broadway plays include “The Cataract” and “Nita and Zita,” the latter of which won an Obie Award. Her play “Detroit” was a finalist for the 2011 Pulitzer Prize, and her Broadway play “Airline Highway” received four Tony nominations and three Drama Desk nominations.

Her 2016 Off-Broadway play “The Wolves,” which is about a high school girls’ soccer team, was a finalist for the 2017 Pulitzer Prize. She has an MFA from Brooklyn College.

Her play “Wit,” which ran Off-Broadway from 1998-2000, earned her the Pulitzer Prize, an Emmy for Outstanding Made for Television Film, and a Tony nomination for Best Revival of a Play. The Broadway production starred Cynthia Nixon, who also received a Tony nomination.

A graduate from NYU Tisch, Flahive’s play “From Up Here” received nominations from Drama Desk and Outer Critics Circle. She has co-produced the shows “Nurse Jackie” and “GLOW.”

Her 2013 Off-Broadway play “The (curious case of the) Watson Intelligence” was a Pulitzer Prize finalist. Along with Young Jean Lee, Anne Washburn, and Sarah Ruhl, George also co-founded the Obie-winning collective 13P. She is married to Lisa Kron, who co-wrote the musical “Fun Home.”

Her best-known works are the Off-Broadway plays “Spinning Into Butter” and “Boy Gets Girl.” The former play examines political correctness and racial identity, whereas the latter play examines power dynamics in gender relations. Another play, “A True Story of the Johnstown Flood,” was inspired by Hurricane Katrina.

Two of her Off-Broadway plays, “Becky Shaw” and “Rapture, Blister, Burn,” were 2009 and 2013 finalists for the Pulitzer Prize. She has also written for “Law and Order” and “Cold Case.” 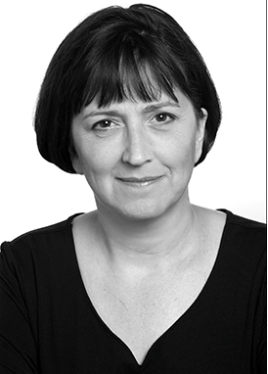 Her plays are tragicomedic examinations of American life throughout history. One of her most famous works, “Radium Girls,” is about a group of female factory workers who fall ill with radium poisoning. It is a popular choice among high schools and community theaters.

You might know her as Michonne from “The Walking Dead” and as Okoye in the Marvel Cinematic Universe. Gurira’s play “Eclipsed” received six Tony nominations (winning one), and her play “Familiar” won her the Sam Norkin Award from Drama Desk.

Headland is known for her “Seven Deadly Plays” cycle, in which each play covers one of the seven deadly sins in Christianity. She has directed multiple films, and her Netflix series “Russian Doll,” which she created with Natasha Lyonne and Amy Poehler, premieres later this year.

Best known for writing the book for “In the Heights,” Hudes’ Off-Broadway play “Water by the Spoonful” won her the 2012 Pulitzer Prize for Drama. Her most recent musical “Miss You Like Hell,” which she wrote with Erin McKeown, played Off-Broadway last year.

This British playwright has found success on West End and on Broadway. Her most famous play, “The Children,” premiered in London in 2016, opened on Broadway a year later, and earned two Tony nominations.

Lee has written and directed ten shows for her own non-profit theater company, of which she is the Artistic Director. Her most famous play, “Straight White Men,” made her the first Asian-American woman to have a play produced on Broadway. 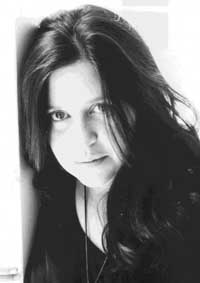 Her 2012 Off-Broadway play “The Last Seder” is about a Long Island family coming together during a difficult time. She is a lecturer at USC’s School for Dramatic Arts, and has been a Playwright in Residence for The Jewish Women’s Theatre Project.

This Polish-American playwright won the 2018 Pulitzer Prize for Drama for her Off-Broadway play “Cost of Living.” More recently, her play “Queens,” which is about a group of immigrant women growing in the New York borough of the same name, premiered Off-Broadway last year.

Nottage is the only woman to have won the Pulitzer Prize for Drama twice. Her most recent major play “Sweat” is about a group of factory worker friends who are pitted against each other when layoffs occur. The play received three Tony nominations in 2017.

Nwandu is a member of the Ars Nova Play Group, and her play “Pass Over,” which ran Off-Broadway last year, became a film for Amazon that Spike Lee directed.

Her Off-Broadway play “Omnium Gatherum,” which she wrote with Alexandra Gersten-Vassilaros, was a 2004 Pulitzer Prize finalist. Rebeck has had other Broadway plays, including “Seminar” and “Dead Accounts.” Her most recent Broadway play”Bernhardt/Hamlet” is about Sarah Bernhardt’s groundbreaking performance as the iconic Shakespearean protagonist.

This French playwright has had two Broadway plays, “Art” and “God of Carnage,” which both received Tony nominations. Last year, she published a novel “Elisabeth,” which is about a woman whose curiosity and ambition turn her quaint life into a police thriller.

Having earned a Ph. D. from Pacifica Graduate Institute, Shamas has written over 40 plays. She has also published “Pop Mythology,” which is an essay collection about mythology and modern life. Shamas is part-Chickasaw, and her works are featured in the Native American Women Playwrights Archive at Miami University in Ohio.

Thompson is a professor of African and African Diaspora Studies at UT-Austin, whose play “Single Black Female” ran Off-Broadway in 2006. She has had multiple plays receive productions throughout Texas.

Thurber is a playwright and opera librettist who has taught at NYU and Sarah Lawrence College. Her plays “Bottom of the World,” “Scarcity,” and “Tranfers” all received Off-Broadway runs during this decade.

Van Dyke is a lecturer at Harvard Extension School. Her play “The Women Who Mapped the Stars,” which tells of the discoveries made by five female Harvard astronomers, premiered last year in Cambridge. Her Off-Broadway play “Daybreak,” originally called “Deported,” is about the Armenian Genocide.

Vogel is a playwright who was a Creative Writing Professor at Brown University for 24 years. She has written multiple Off-Broadway plays, including “How I Learned to Drive,” which received the 1998 Pulitzer Prize for Drama. Her Broadway play “Indecent” won two Tony Awards in 2017.

She is best known for her 2013 Off-Broadway dark comedy, “Mr. Burns, a Post-Electric Play.” Despite a polarized reception, the play one Drama League nomination. Washburn’s theatrical adaptation of “The Twilight Zone” is opening on West End in March.

Did we leave off your favorite female playwright? Let us know in the comments below…