Wishing someone to break their leg? Sounds crazy, no? But in our little world of theatre, you might say every one of us is beholden to the grand traditions of the stage, trying to sing out a pleasant, simple tune without breaking their neck. It isn’t easy. You may ask, “Why do we stay up here if it’s so dangerous?” We stay because theatre is our home. And how do we keep our traditions alive? That I can tell you in one word: superstition!

With apologies to Bock, Harnick and Stein, the theatre has many superstitions that must be obeyed to ensure a good performance. Some stem from otherworldly beliefs, while others stem from simple logistics.

Let’s take a look at some of the more common myths and superstitions from the theatre:

Whistling while onstage or backstage in a theatre has long been considered bad luck. This superstition stems from the time before mechanized sets and backdrops. Back then, all the rigging for the sets, lighting, etc., was all operated by hand using ropes. As such, the backstage crew was often filled with sailors, as they literally “knew the ropes.” Just like on a ship at the time, commands and signals were given with distinct whistles. Therefore, if an actor or someone else were to nonchalantly whistle, it could cause confusion and ruin the show.

2. No Green or Blue Costumes! 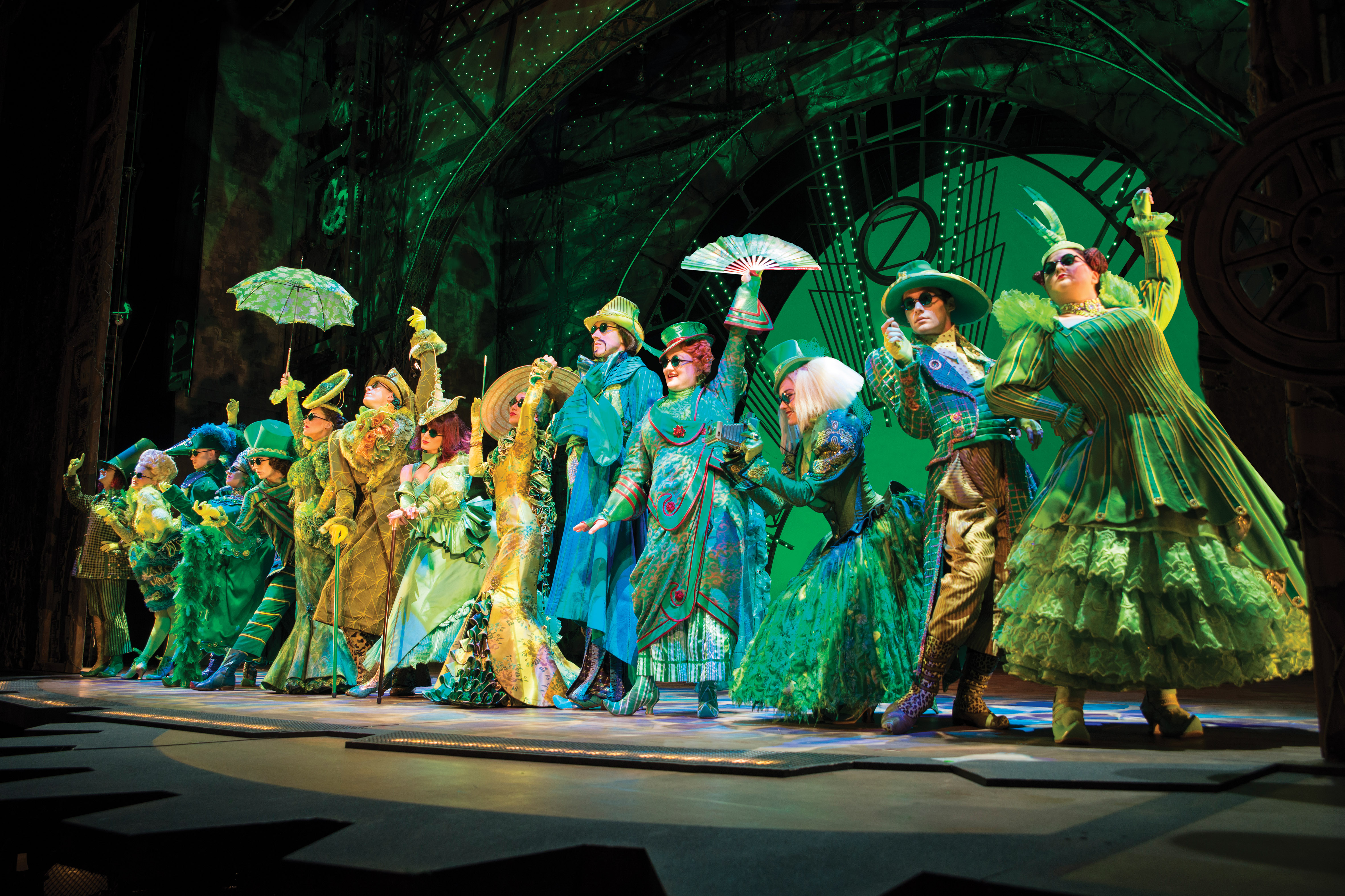 While theatrical costumes are now often bright, flashy and full of color, two colors used to be off-limits for the superstitious actor. Wearing a green or blue costume was once thought of as very bad luck, though for very different reasons.

Green costumes were thought to be bad luck for two reasons:

Blue, on the other hand, has a slightly less exciting reason for being considered unlucky. Blue dye was the most expensive of the colors, so producers began to spread the rumor that blue was unlucky for costumes. However, blue costumes with silver lining are very lucky, as it meant the theatre company could afford expensive costumes and was therefore very successful.

Shakespeare’s “Macbeth” is one of the most popular plays ever written. It’s also believed to be the most cursed — so much so that just saying the name of the play in a theatre is considered very bad luck. Most actors will only refer to it as “The Scottish Play,” “The Bard’s Play” or even “Mac B.”
Some believe that Shakespeare gave his three witch characters actual spell incarnations for lines. As retaliation, a coven of actual witches cursed the play for all eternity. This could seem silly and/or highly doubtful in the modern world, but it’s hard to deny that “Macbeth” has seen more than its fair share of unfortunate incidents.

It’s believed the first occurrence of the “curse” actually happened during the first production of the play. It’s said that the young man playing Lady Macbeth (actors in Shakespeare’s time were, by law, all men) tragically died on opening night and Shakespeare himself had to step in. There have been numerous incidents of actors getting accidentally stabbed during fight scenes. In 1934, four actors had to step into the role of Macbeth due to illness or accidents in one week. It was also the show in which dueling productions caused the great Astor Place Riot in 1849, leaving at least 25 dead and hundreds injured.

Luckily, there is a way to combat the curse! If you say the play-that-must-not-be-named in a theatre, you must run around the building three times, then spin around, curse and beg to be let back in.

If you are ever so lucky to go backstage at the legendary New Amsterdam Theater in New York, you may notice a portrait of a beautiful showgirl hanging on the wall right as you enter. Her name is Olive Thomas, and her picture is there for a very specific reason.

Olive Thomas was a Ziegfeld Girl (and, for a time, was Ziegfeld’s girl) and a silent film star in the early 20th century. Later, she married Jack Pickford, brother of silent film superstar Mary Pickford, and the two had a passionate but volatile relationship. In 1920, they were on a second honeymoon in Paris when tragedy struck. Jack was awakened by Olive screaming, having ingested mercury bichloride that had been prescribed to Pickford to treat his syphilis. She died four days later at age 26. Was it an accident? Was it a suicide? Or was it something more sinister?

However, Olive has not entirely left us. It is widely believed that Olive’s ghost haunts The New Amsterdam, the same theatre where she performed in the Ziegfeld Follies and Midnight Frolics. She can reportedly be seen carrying a small blue bottle (like the one containing the chemicals that killed her) and wearing a green, beaded dress. She even caused a security guard to call the vice president of Disney Theatricals (the owner of the theatre) at 2:30 a.m. in a panic after seeing her. She is said to appear to mainly men and is even known to be naughty and pinch a bottom or two.

The portrait of Olive hangs right by the stage door to the theatre so that the cast and crew can say goodnight to her as the leave to appease her. 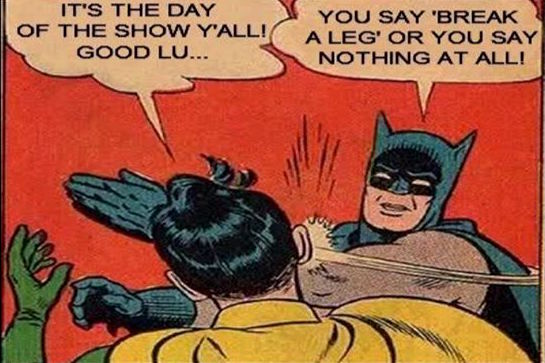 Almost every actor knows that it’s bad luck to say “good luck” before a performance. But where does that phrase come from? There are actually many different theories regarding the origin of the phrase, but there’s no hard evidence to prove any of them. Some theories have origins in Ancient Greece, Elizabethan England and the Civil War era. However, it doesn’t seem that the phrase was used until the 1920s.

Some believe that it refers to bowing, which is also known as “breaking the leg” because of the bended knee. Others attribute the saying to an old German toast, “Hals und Beinbruch,” which means “neck and leg fracture.” Still, some say it has to do with the curtain legs, which are the side curtains in the wings of a stage.

Which one is the real origin? The world may never know. 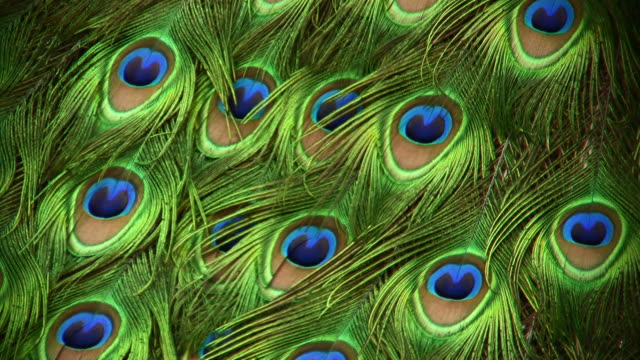 It’s very bad luck to have a mirror on your set. However, the reason has nothing to do with spirits or omens, but rather lighting. Mirrors can reflect the lighting and disrupt the look of a show, though it sees to have worked out just fine for “A Chorus Line” and “The Phantom of the Opera.”

While the “rule of three” usually means that it’s good luck to have things in sets of three, this is not true when it comes to the theatre and candles. Having three lit candles onstage is said to be very unlucky, and the person standing next to the shortest candle will be the next one to get married — or die. While the origin is not perfectly clear, it’s widely believed that this came from the time when theatres were lit with candles and torches, not electricity. Hundreds of theatres burned down in that period, so it’s believed that the superstition stems from trying to eliminate the amount of candles onstage. 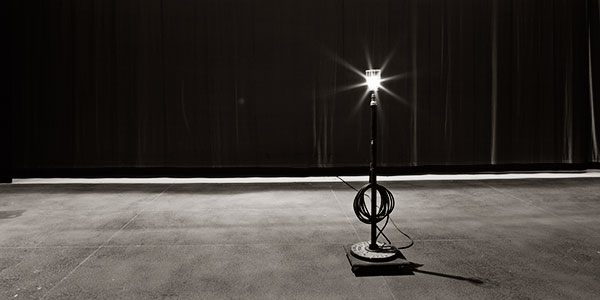 Just about every professional theatre in America has a ghostlight. It’s a long, simple pole, usually three to five feet high, with a single bulb that’s either bare or has a wire cage around it. It’s placed onstage every night after the show is finished and everyone has gone home. With everything else in the theatre turned off, the ghostlight will be the only thing still on until work begins the next day. Why?

Well, it turns out the history of the ghostlight isn’t actually super clear. However, there are many myths and legends on hand to try to explain the ritual. One believed by many scholars takes us back to before the invention of the light bulb. Back then, theatres were lit with gas-burning lights that ran on gas generators. A single light would be left, burning all night to alleviate the pressure on the gas lines, which might otherwise build up overnight and cause fires. Then, somewhere along the way, the word “gaslight” morphed into “ghostlight.”

Another theory has it that in 1919, when Actors Equity was first recognized as a union, one of its requirements was that a single light had to be left onstage so that rehearsal pianists could come and set up for rehearsals without having to wait for the house electricians to turn the lights on. Though it’s unclear whether this is true, to this day, some people still refer to the ghostlight as the “Equity Lamp.”

Another famous legend has it that a robber broke into a theatre in the middle of the night, and not knowing about orchestra pits, fell off the stage and broke his leg. He then sued the theatre for negligence — and won! So, ghostlights are there to prevent liabilities. Robber or not, many believe that the reason for the ghostlight is simply to prevent anyone from falling, breaking their neck and becoming ghosts themselves.

Still, the most prevalent reasons given for the ghostlight involve, obviously, ghosts! As all thespians know, most theatres are haunted. Depending on the theatre nerd you talk to, the light is there to either help or hinder said ghosts. Some think that the light shoos away mischievous ghosts who might mess with the sets or costumes if left to their own devices. Since most theatre ghosts were once performers, others think that the light is left on to appease the spirits and give them lighting for their ghostly nighttime theatre.

Whatever the reason, the ghostlight has become a beloved theatre tradition. Record labels, musicals, biographies and many theatre companies have adopted the name “Ghostlight.” It’s come to symbolize those that have tread the boards before us and it’s our way to honor them.

Do you follow any of these traditions? Have any theatre superstitions of your own? Let us know in the comments below…