Besides being chock-full of animated audiences and sparkling performances, Broadway theatres are infested with ghoulish histories. Each night, after the curtain falls and everyone goes home, the Broadway spirits come out to play, illuminated by their respective theatre’s ghostlight. However, some phantoms also strut their stuff during the lively hours, playing tricks on current Broadway stars and theatre employees. From vaudeville acrobats flying across the house to former theatre owners dropping by to check up on things, we’d like to introduce you to some of Broadway’s most famous ghosts.

So, light up the fireplace and snuggle up if you dare, because it’s time for some ghost stories:

As the current house manager of the Belasco tirelessly works in her office, she’ll occasionally hear the man above stirring in his own wood-paneled space. The company comforts her on late nights, but it probably shouldn’t — especially considering that the office above is kept under tight lock and key, motion detectors and all, and has been empty for decades.

Legendary theatre owner David Belasco built the theatre that still stands in his name on West 44th Street. He spent his life there, writing, directing and managing all sorts of plays. In fact, he spent so much of his time there that he dwelled in an apartment above. So, it comes as no shock that Belasco remains in the space even after passing on in 1931.

Dubbed by Playbill as “one of the most solid theatre ghosts,” Belasco began to appear almost immediately after his death. Actors began to notice a lone, dark shadow watching their performances from the balcony. He wasn’t shy, either, going right up to the performers and shaking their hands afterward and saying they had done a fabulous job. Many actresses reportedly complained about an older man in a priest ensemble pinching their bottoms. Considering Belasco was known in his day as a flirt and “The Bishop of Broadway,” this makes sense.

In death, Belasco remains a flirt, holding a relationship with a ghost known as “The Blue Lady.” An anonymous celebrity who appeared in a show at the Belasco recently reported hearing the locked door of her dressing room open while she was taking a shower. She frantically ran out, only to find the door still securely shut. But when she went back to the bathroom, it was bathed with a strange blue glow.

Like his lover, the former theatre owner is not against manifesting himself in stereotypical ghost forms, either. He swings closed doors open, raises the curtain magically and sends out puffs of cigar smoke into the atmosphere when no one alive is smoking. He has also been known to throw wild parties with other spirits, with late-night workers hearing the noise. Despite being sealed up and shut down for years, Belasco’s private elevator has also been heard puttering up to his private office.

Playbill reported that an usher was closing up the lobby one night at the Belasco and playfully called out, “Goodnight, Mr. Belasco.” And, even though the exterior doors were pulled shut and there was no wind, all the lobby doors swung open in unison. Needless to say, the usher transferred to another theatre. It looks like Belasco doesn’t ever want the theatre to close. 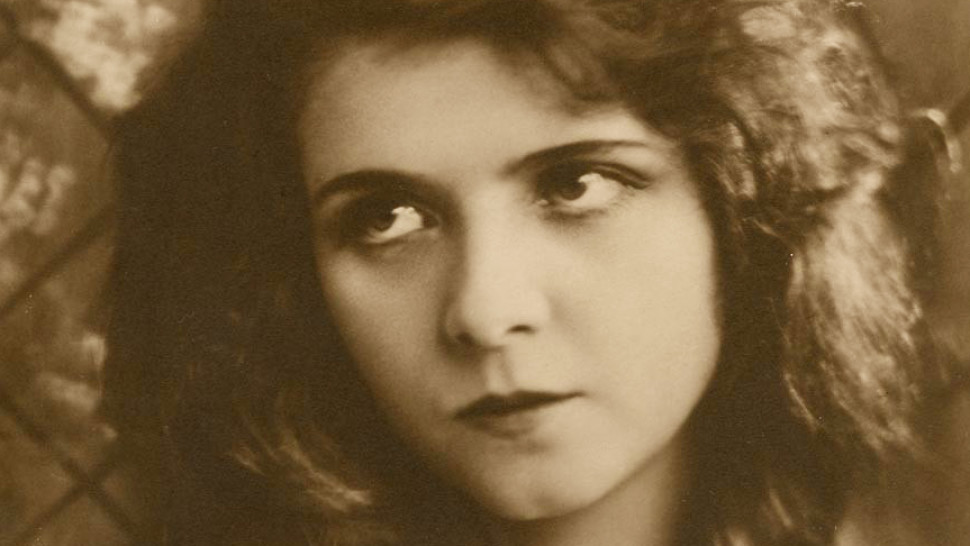 Aladdin’s Genie isn’t the only mystical creature soaring through Disney’s 42nd Street house. The New Amsterdam Theatre is home to one of Broadway’s most active ghosts: Olive Thomas.

This former Ziegfeld Follies girl has been haunting the theatre since she died of accidental poisoning in 1920. Known by her signature outfit (a green-beaded Follies dress, beaded headpiece and a sash), Thomas has been seen wandering with a big blue pill bottle. This is said to be the container that carries the mercury pills she used to poison herself.

Thomas reportedly manifests so frequently that photographs of her have been placed at every entrance of the New Amsterdam so staff can say hello and goodbye to her each day. They believe doing so has kept her mischief at bay, but that doesn’t mean she isn’t still around. In fact, every time there is a malfunction during a performance of the highly technical “Aladdin,” her name immediately comes to mind.

Shortly after the opening of “Aladdin” in 2014, Thomas made an appearance. An audience member in the orchestra asked one of the ushers for a booster seat for her child.

“We don’t like to interrupt a show,” Dana Amendola, vice president of operations at Disney Theatrical Group, told Playbill, “so we waited until the intermission and came to her with a booster. But we found she already had one. When we asked her where she had gotten it, she said a ‘lady at the back of the theatre’ had gestured to where they were. Now, we don’t have a woman at the back of the house who does that in the middle of a show. We checked, and none of the staff had done it. So you can take that how you like, but it was kind of freaky.”

The occurrence seems rare, as Thomas mainly reveals herself to men and acts flirtatious toward them.

Her spirit also recently appeared when Disney employees were talking about the movie “The Artist,” which is set in the era of silent films. After someone mentioned Thomas became a silent film star, someone made the mistake of saying the real silent-era star was actually Mary Pickford (Thomas’ sister-in-law). At that moment, a tall stack of DVDs on a nearby table flew across the room, crashing onto the floor. The group was stunned.

“They didn’t fall straight down as CDs would have done,” Amendola said. “They went flying about three feet across the room and hit a wall. This was witnessed by several people.”

Amendola went on to say ushers and overnight security have felt a presence sneak up on them and touch their back, only to find no one there. Apparently crazed fans hope for that same feeling, some trying to hide in the New Amsterdam overnight with the intention of spotting Thomas. According to Amendola, security does a special sweep each night to catch them.

Now here is a ghost you don’t want to see. The Palace Theatre staff will warn you of the tale of Louis Borsalino. In the days of vaudeville, Borsalino had a tightrope-walking act at the Palace. Unfortunately, the acrobat fell to his death during one performance. As years passed, actors saw his ghost walking a tightrope from the house-left box up to the mezzanine. However, these stories can’t be verified. Legend has it that anyone who sees this particular ghost dies within a year.

However, don’t be alarmed if you just happened to see a ghost at the Palace. There are many other spirits in residency, including a cellist dressed all in white who was last seen during the run of “Beauty and the Beast,” a man in a brown suit who is known for haunting the offices at the theatre nightly, a young boy who will play with his toy trucks in the mezzanine and even Judy Garland. That’s right, the presence of the legend herself is palpable near a door that the theatre had constructed especially for her at the back of the house.

Of course, there are a multitude of other ghosts on Broadway. So, the next time you go to the theatre, pay attention — because the stars aren’t just on the stage and they’re dying to be in the spotlight again (*insert maniacal laughter here*).

We couldn’t pack all of the ghosts into one article so let’s talk about some others in the comments below. Any ghost stories of your own?