If you think being a dresser backstage on Broadway is just putting actors in their costumes and helping with quick changes, think again. There are many facets to the skilled trade of being a professional wardrobe person. One Broadway show could have dressers in many positions who go beyond helping actors in and out of clothes. Here is a rundown of those types of roles:

While you may easily do your laundry at home, doing the laundry for a Broadway show is quite the task. Shows with large casts produce lots of dirty laundry, and doing all of it can be a full-day ordeal. If costumes have beadwork, special dyes or delicate stitching, they need special care when being washed.

At least one person is usually dedicated to doing the laundry every day. This includes, but is not limited to, washing and drying (whether in a machine or by hand), sorting the clean laundry and putting it away in the appropriate place.

Here is an inside look at all the jobs of a dresser when “Mary Poppins” was on Broadway, with a special glimpse into the laundry room.

If a show has costumes with intricate beadwork or even sequins, a beader is usually on staff to repair these specific costumes during non-performance hours (otherwise known as doing “daywork”). Beading is certainly a learned specialized skill and requires patience.

This video from “Wicked” gives you an inside look at the beading skills and prep work that went into creating the costumes, as well as an idea of the dresser skills it would take to do upkeep during a beading daywork call. 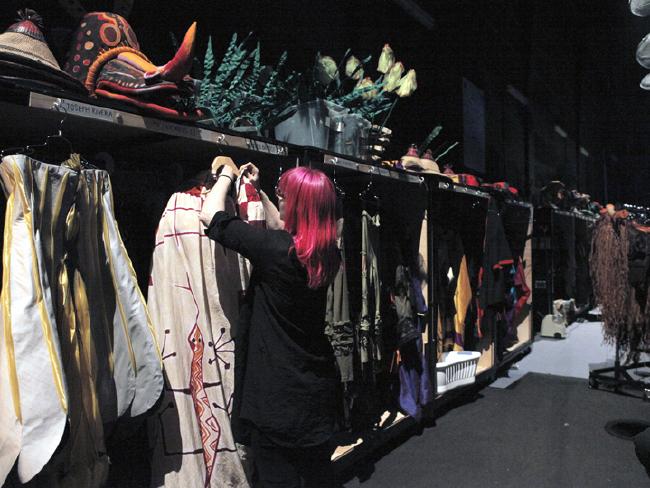 In addition to a bead worker, other dressers are employed to do daywork in order to prepare and check the costumes before a performance. They ensure they look as pristine as they did on opening night.

Ironing, steaming and minor repairs are all allowed. The costumes are meticulously checked for any damage and are repaired onsite. Anyone who wants to be employed as a dayworker needs to have at least basic sewing skills and be able to sew small rips and buttons, among other things. 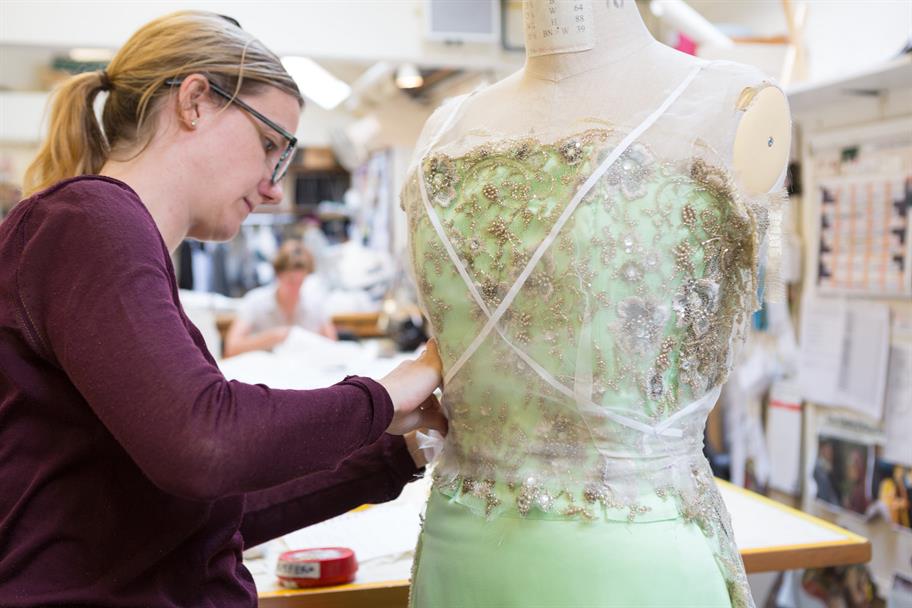 A stitcher is also onsite during daywork and sometimes during showtimes. This is a dresser who is a whiz with a sewing machine. It’s also helpful if this person can do pattern-making, use a serger and operate other applicable instruments. Stitchers will repair more difficult and larger rips and holes in costumes. They may also do alterations to costumes if a new actor or swing/understudy is going in the show. 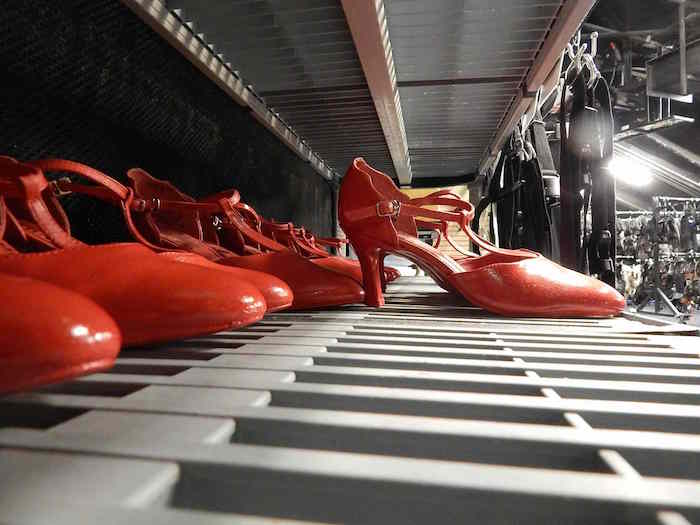 During daywork, a dresser who knows how to repair and keep shoes looking like new is also employed. Shoes take a beating from everyday wear and tear and hardcore dancing, so the shoe person can give shoes a fresh coat of paint/polish, check for repairs, replace or fix any rubber or hardware and/or take the shoes to a local cobbler for a more involved fix.

The wardrobe supervisor is in charge of all the dressers and oversees all the jobs listed here. The supervisor usually was once a dresser and has moved up the ranks to become someone who is now in charge.

Due to union rules, the supervisor doesn’t usually dress. Instead, he or she works with the creative team to ensure costumes come onstage and offstage accordingly, schedules and hires the dressers and is the go-between for management, actors and the costume designer.

This person does exactly as the title implies. He or she assists the supervisor with managerial work and sometimes dresses actors. It takes a special kind of person to be able to assist the supervisor in everyday tasks but also take the lead when the supervisor is out of the building. In addition, an assistant can serve as an extra hand during quick changes and fill in for dressers who call out sick at the last-minute when a swing isn’t available.

Here is a great backstage tour and inside scoop from wardrobe supervisor Irene Bunis when “Mamma Mia” was running on Broadway.

This great video from the National Theatre gives you a tour of the daily routine of a wardrobe dresser.

There are two specialized dresser positions that also can exist during the run of a show beyond a regular dressing track of ensemble or principal actors: swing dressers and star dressers.

Swing dressers fill in for the regular dressers when they are out sick or on vacation. Theatres will typically spend some time training a swing for this type of episode, but not always. Swings need to be quick on their feet and meld in easily with the daily show routines of the dresser they are taking over for.

Check out this video from the former company of “Billy Elliot” in London, which showcases swing dresser Lauren Adams.

Star dressers do exactly as this title implies: dresses the names/stars of the show. Pictured below is star dresser Jennifer Hohn with Lin-Manuel Miranda backstage at “Hamilton.” 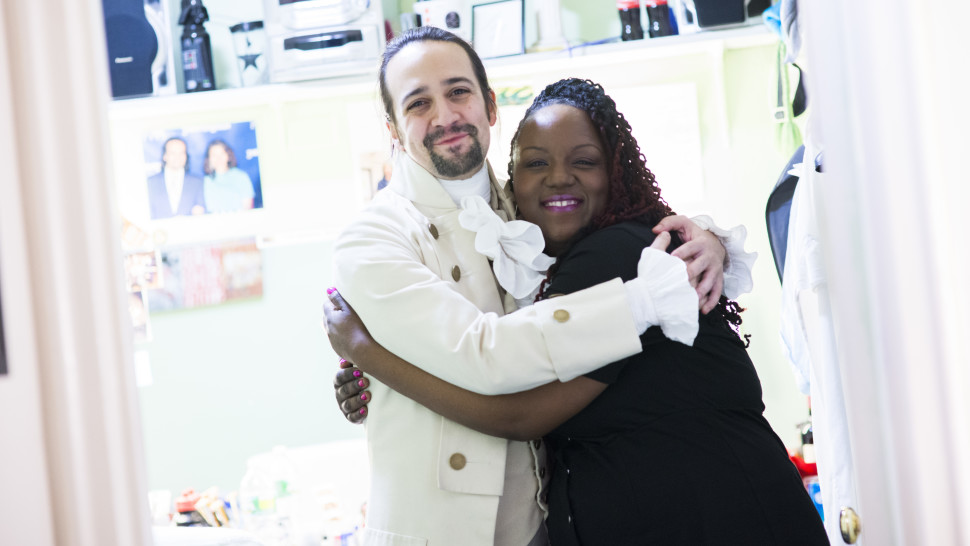 These tracks usually require extra-special care, and star dressers will sometimes act as a special assistant, guest greeter and more in addition to helping carry out the costume changes with his or her actress. Many times, a star of a show will take their star dresser with them from show to show, since they are familiar with their work and have a good rapport. If you are meticulous and a people-person, this is a great job for you!

Have you worked or do you want to work in any of these areas? Share in the comments below