Unfortunately, as a theatre nerd, you’ve most likely experienced a cringeworthy audience disruption during a show — and always during the most vulnerable scenes! Whether it’s taking a photo with the flash on (*palm to head*), Madonna texting (what?!) or the ever-rude cell phone ring (*palm to head again*), Broadway stars seem to have endured it all. While professional performers generally power through, some interruptions are far too distracting and must be stopped in order for the performance to successfully continue.

From Lin-Manuel Miranda to Laura Benanti, here are five Broadway stars who halted their show to quiet a disruptive audience member:

The famous actress wowed audience members with her Broadway debut performance in ‘Thérèse Raquin,” but there was one attendee whose affections she could have gone without. During the first preview, the show stopped because of Keira Knightley’s stalker.

According to Broadway World, social media was abuzz with the incident, with one user detailing, “Show was stopped because an audience member, who I thought was part of the cast, stood up by the front mezzanine railing and asked Keira Knightley to marry him. He was escorted out, but not before he threw a huge bouquet of flowers from 5 rows up on to the stage.”

Another user wrote, “There was apparently a Keira Knightley stalker at ‘Thérèse Raquin,’ who came in and yelled ‘Christ was born of a virgin! Keira, marry me!’”

A Broadway World member named jacobstf took to the site’s message board to further explain what happened: “After a very awkward silence, Gabriel Ebert motioned to Knightley, they walked over to the bouquet and kicked it into the wings (which got applause). After trying to resume the show, a voice came over the speakers announcing there would be a short break.”

Yikes! Ignoring him was definitely the smartest thing to do. After the scary incident, Roundabout, which produced the show, amped up its security measures. 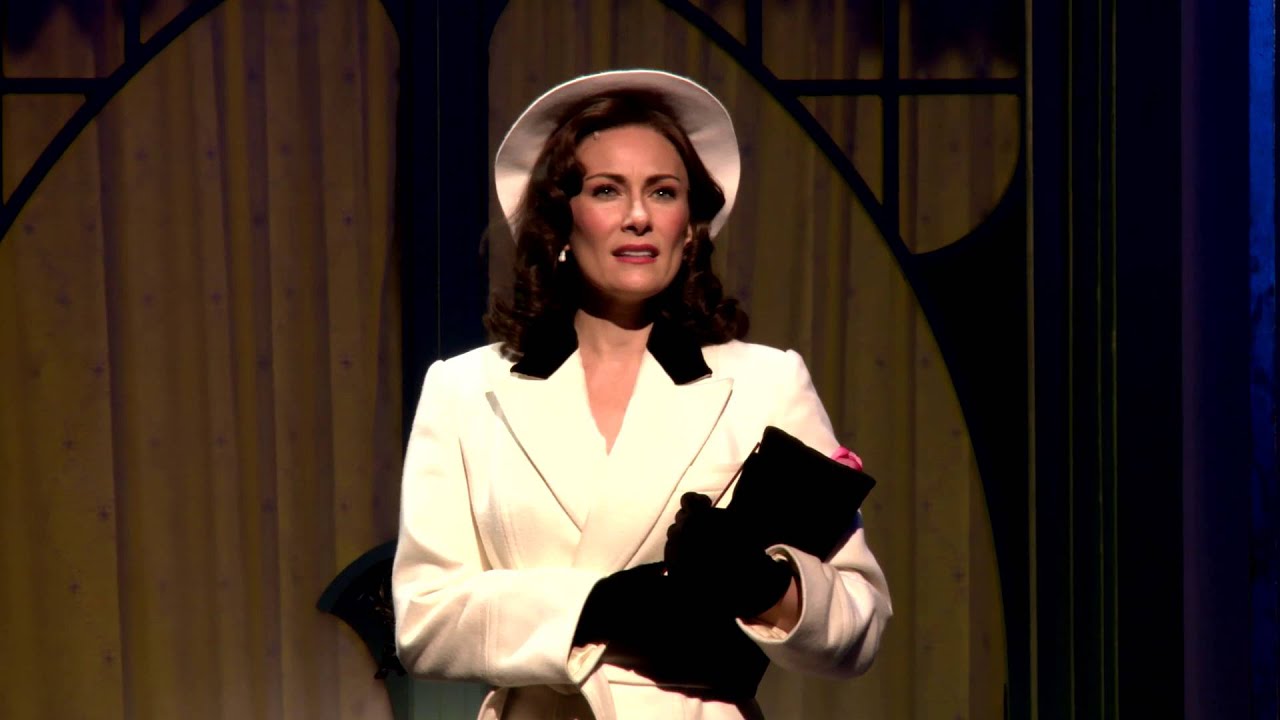 Laura Benanti called out a cell phone ring during a matinee performance of “She Loves Me” on April 2016. The Tony winner was in the middle of singing the emotionally charged song “Will He Like Me?” when she heard the interruption. Like the pro she is, she initially kept singing, softly squeezing a “Hello” into her song. As the ringing persisted, Playbill reported, Benanti became irked, saying “I’ll wait” and then “We’ll all wait” as the orchestra paused with her. As soon as the ringing subsided, Benanti picked up her song exactly where she left off.

The entertainer addressed the incident on Twitter the following day:

She also shared a link to “Look Up,” a song she performed with The Skivvies that is the perfect anecdote for rude theatergoers. 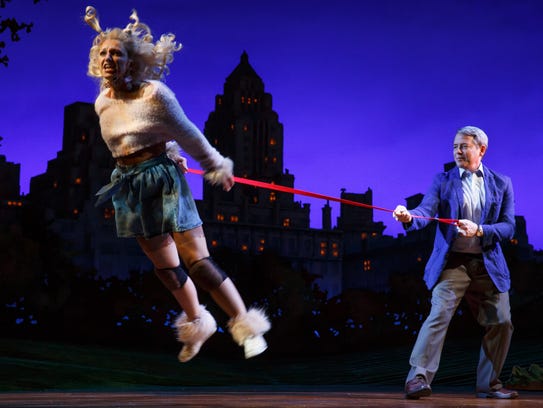 When in doubt, bark! Annaleigh Ashford told Playbill she “thought that something dire must be happening” when an audience member picked up her phone and had a full conversation during a performance of “Sylvia.” How did the Tony winner deal with the disturbance? With a completely in-character dog bark, of course!

“We’re very lucky to be in a play that is set up so that if a cell phone rings, I can bark at it. It’s much easier to recognize and acknowledge it and handle it lightly than in other plays,” Ashford told Playbill. “If the same phone goes off more than once, it’s usually someone who doesn’t know cell phones very well. Well, in this case, the second time it rang, she picked up and answered and started talking. It turned into a full conversation. The audience around her started shushing her, but she kept talking. We could hear it onstage.”

After two pages of dialogue, Ashford recalled that she and costar Matthew Broderick gave up on continuing the scene, as the offending theatregoer was still disrupting the audience.

“It became very clear that the audience was so distracted that they weren’t in the world of the play anymore,” she said.

Finally, someone around the woman helped her to hang up the phone and turn it off.

“We told the audience, ‘We’re going to go back, if you don’t mind,’” Ashford said. “That got applause. We briefly talked about where to go back to, then we took positions and started the scene again. The audience was with us 100 percent.”

It seems like Madonna should have taken a note from her hit song, “Hung Up” and hung up her phone. While she might be an international superstar, the singer was just another audience member when she watched an Off-Broadway performance of “Hamilton” at the Public Theatre. After arriving late, the star was allegedly texting during the show, prompting Miranda himself to ban her from visiting backstage afterward.

“Tonight was the first time I asked stage management NOT to allow a celebrity (who was texting all through Act 2) backstage. #noselfieforyou,” the Pulitzer Prize-winning genius wrote in a since-deleted tweet. That’s right — not even Madonna is excused from being disruptive!

What else did you think would be No. 1? No one should mess with Broadway legend Patti LuPone. She clearly has no patience for audience disruptions, becoming known as a performer who calls attention to the bad ones. In perhaps her most famous “audience handling,” LuPone paused her showstopping final number in “Gypsy” to yell. During “Rose’s Turn,” she certainly turned, shouting at rude audience members who were taking illegal photos throughout the show.

“Stop! Stop taking photos right now!” she screamed, schooling the offenders. “You heard the announcement. Who do you think you are? How dare you? Get them out! I won’t continue if they’re taking pictures. This is the theatre!”

A group of ushers immediately came to escort the impolite theatregoers out. Met with uproarious applause, LuPone started the show again. The incident was the day before the show closed.

Do you think the performers handled their situation well or know of another instance like this? Let us know in the comments below…