With new shows such as “Dear Evan Hansen” and “Natasha, Pierre and the Great Comet of 1812,” hitting the Great White way, “Come From Away” nearly got lost in the shuffle. It was deemed the sleeper hit of the season, and ticket sales began to grow as word got out that this was one of the best new musicals on Broadway. This show outlasted many productions of the 2016–2017 season, and recouped its investment after only eight months on Broadway — faster than “Dear Evan Hansen” did.

After walking away with only one Tony Award for Best Direction over the summer, this show has gained momentum since it opened in March. Though you might think a show about America’s worst terrorist attack in history would be depressing and not something you’d want to sit in a theatre for two hours to watch, it’s anything but. Oddly enough, you walk out of the theatre feeling better about humanity and the world we live in. It’s this, plus the great music and work of the cast and the crew, that has put this show on the map.

Here’s what you can expect from “Come From Away:”

Welcome to the Rock 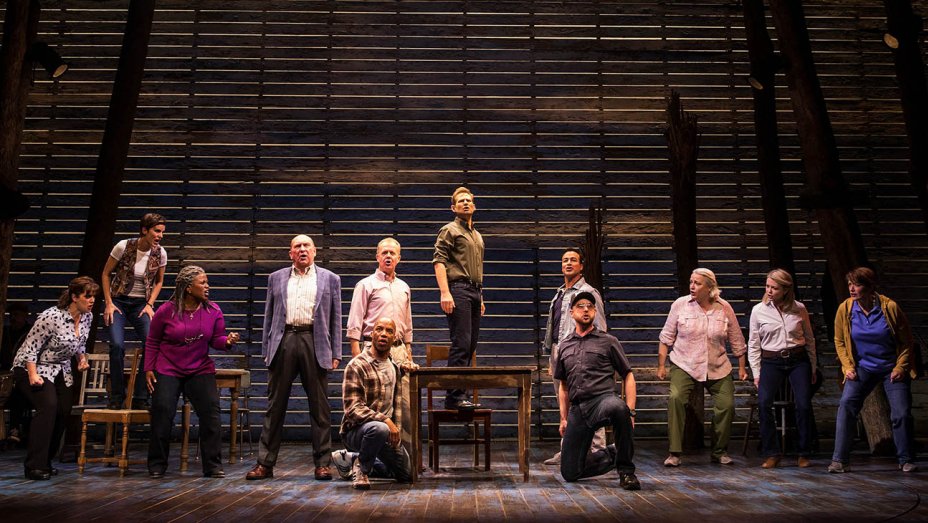 Set in the small town of Gander, Newfoundland, “Come From Away” tells the story of the events that took place shortly after 9/11. If you have never heard of this tiny town — which more than doubled in size on the day of the terrorist attacks — this musical gives great insight into this generous place. A musical that could just be utterly depressing is uplifted through the representation of this town and how its citizens helped people from all over the world.

The Strongest Ensemble on Broadway 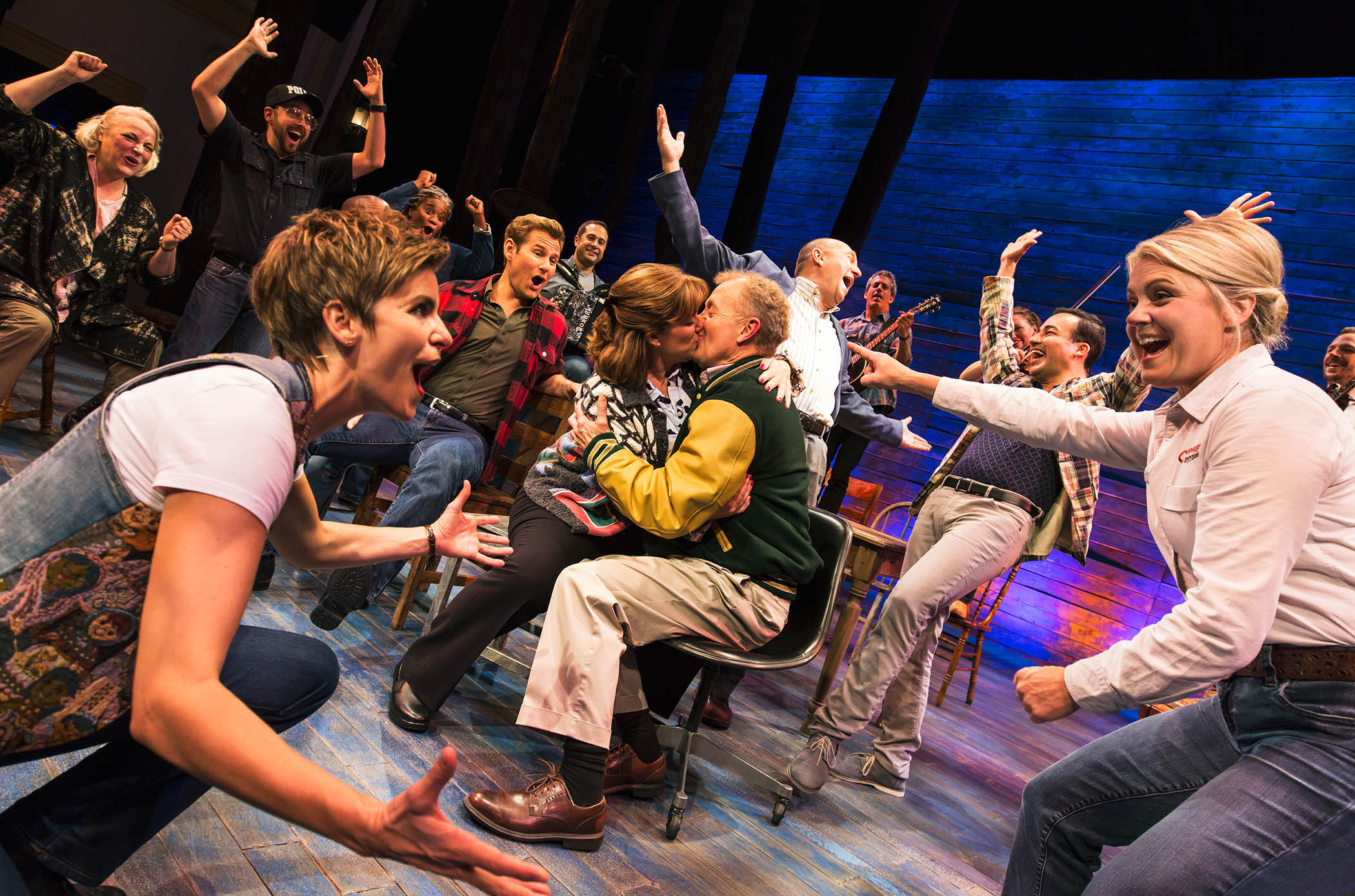 It’s shows like these that kind of make you wish “Best Ensemble” was a category at the Tony Awards. What is brilliant about this musical is that there is no one lead character. “Come From Away” tells the story of communities. Every person onstage is at least one character as a Newfoundlander and a New Yorker or someone from somewhere else around the world. This means every actor has to get into the mentality of being someone affected by 9/11 or taking care of someone affected by it. This is an amazing choice. Overall, the cast members’ energy and vibrancy they bring to every part they play is phenomenal.

Not to take any credit away from the actors, but there is another reason why the characters are so amazing. The Tony-nominated book writers for the show, Irene Sankoff and David Hein, interviewed people for years to write this book. They listened to their stories about their experiences from 9/11 and getting stranded in Gander, and then put all these real stories into the show. This is perhaps why no one cast member plays just one character: There are just too many stories to tell.

Perhaps the most notable person featured as a character in the show is Beverley Bass. Phenomenally portrayed by Jenn Colella, who scored a Tony nomination for the role, this woman was the first female pilot for American Airlines. Her story is best portrayed through the song, “Me and the Sky.” This show shed light on people we never knew before, such as Bass, who are true unsung heroes.

Back to that song sung by Colella in the show, the music throughout is surprisingly uplifting, upbeat and just overall amazing. The beat alone from the opening number, “Welcome to the Rock,” pulls you in for the rest of the show. Again, you might think this show would only be filled with somber melodies and ballads, but this musical has every song you could want in a musical. From the upbeat opening number and “Me and the Sky” to the lively “Screech In,” the show has everything. There are songs that will make you laugh and songs that will make you cry.

How This Musical Is Relevant 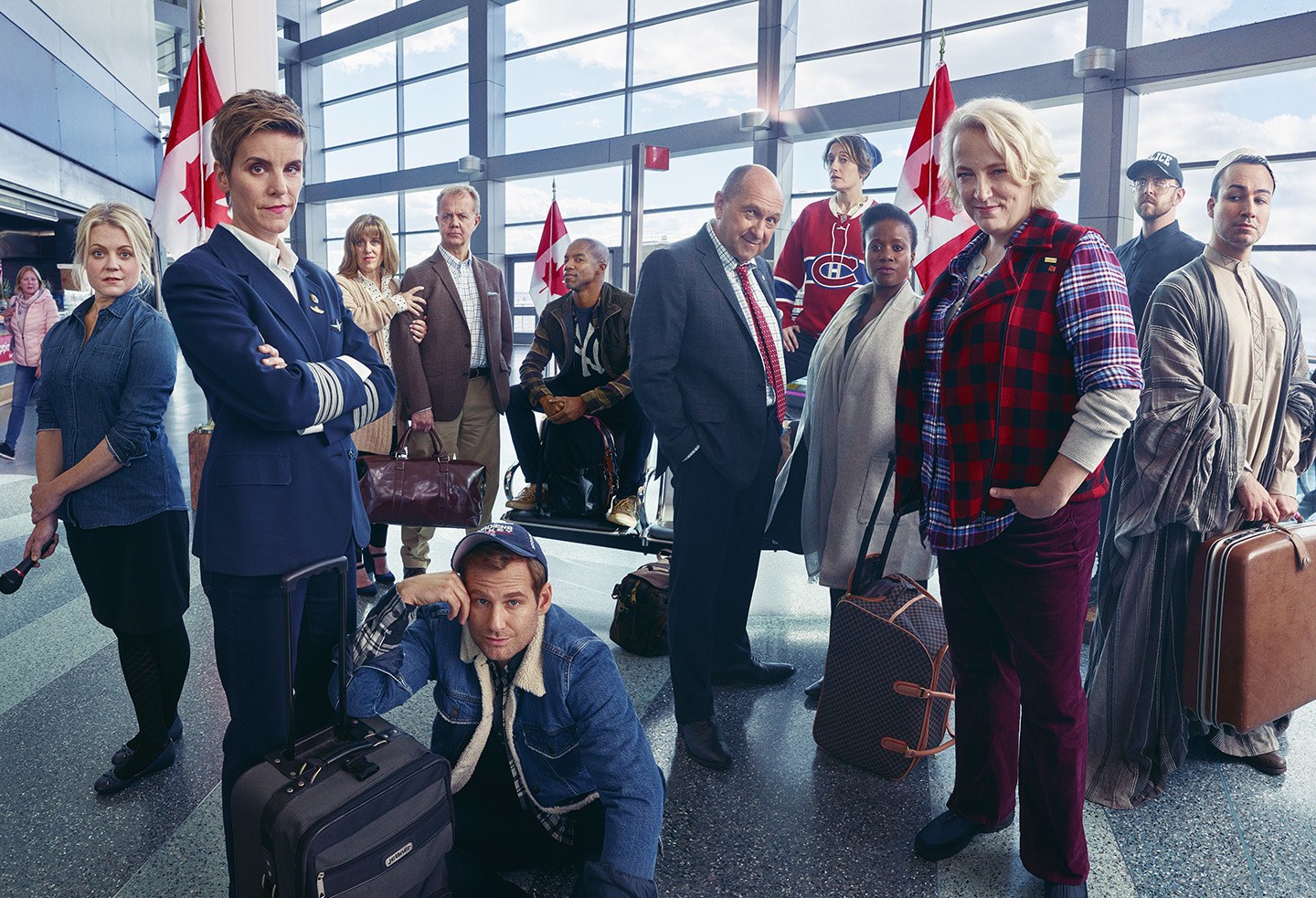 This musical has one thing very few musicals can achieve: relevance. In this way, “Come From Away” has become something many people didn’t even know they needed. It reminds us that when times get tough, humanity prevails. As seen in the show, we can overcome anything because at the end of the day, humanity is mostly good. This musical takes a terrible event and shows the audience a beautiful story about how a tiny island opened its doors to thousands of strangers. Would this musical have been so relevant just a couple of years ago? It’s hard to say, but it’s most definitely relevant now and definitely worth seeing.

So, just in case you’re still asking yourself whether it’s worth it to see this musical, the answer is yes. Go to the rock. It will feel like home.