Often overlooked, the set designer creates a character which should live and breath and grow amongst the living characters that surround them.

I was watching Sex and the City was the first time I considered the idea that a set could be integral to storytelling in the same way an actor is. Carrie told us in her many voice-overs that New York is just as much of a character on the show as she and her friends. Fans of the show can picture Carrie’s brownstone stoop and her closet as clearly as we can picture Miranda’s face. That is when it started to fall into place for me… Who is Eva without her balcony at the Casa Rosada? The Fiddler without a roof? The set designer has the charge of transporting the audience into the world of a show, whether it be to Anatevka in pre-revolutionary Russia or outside of the Casa Rosada.

Often overlooked, the set designer creates a character which should live and breath and grow amongst the living characters that surround them. On Tony night I was personally cheering loudly for David Korins, who designed for the hit musical Hamilton. 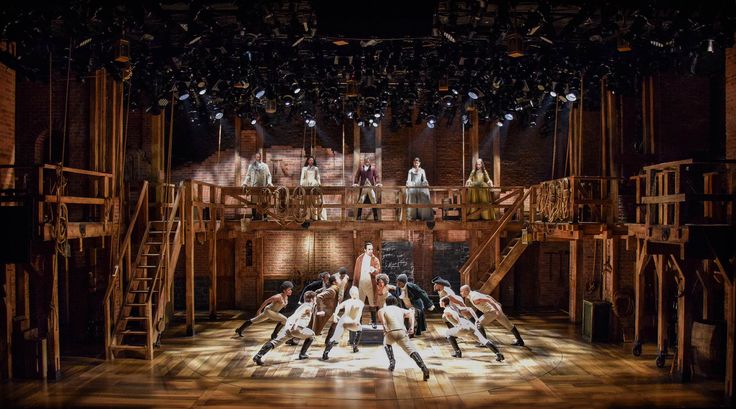 Korin credits – in addition to “Hamilton” include “Misery,” “Annie,” and “Motown.” His design for Hamilton provides a perfect example of the set growing along with the story. When the curtain rises on act two of the show, the incomplete brick wall that served as the backdrop to the production has grown. New bricks have been laid on the old in a communication of progress though it is subtle. Over the course of the musical, spare chairs give way to more richly detailed Federal-style ones, suggesting the passage of time and the growth of fortunes. These subtle changes make a real, subconscious impression on you as an audience member even if they are not consciously observed. 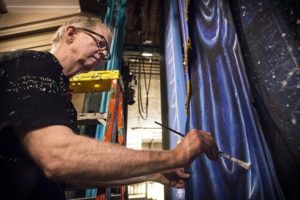 Set design takes months of intensive labor. Set designers work in collaboration with a lighting designer, tech director, prop master and set shop, all of whose contributions are essential to bring the show to life. But they also have to logistically gather materials and work out how to build, store and transport these pieces. Most of the time the set is built in a shop at a separate location, crafted until every piece is right and then taken apart and brought into the performance space where it is reassembled. The set is then used and abused and largely ignored by the audience until the run ends and the hard work is broken down.

In true Carrie form, I couldn’t help but wonder why, in spite of that fact that this art form, in particular, is so time-consuming and yet  so ephemeral, is it worth it to the designer to pour their heart and soul and time into it?

I have tried to put into words my thoughts but Ms. Sherie Rene Scott said it best,

“That’s the scary thing about theater—it doesn’t live on. But that’s actually the most beautiful thing about it, too. That’s why it’s more beautiful than film and certainly more beautiful than television because it’s like life. Real life. Any picture that you take or any video that you make of yourself is not really you, it’s only an image that represents the experience you had. In theater, the process of it is the experience. Everyone goes through the process, and everyone has the experience together. It doesn’t last—only in people’s memories and in their hearts. That’s the beauty and sadness of it. But that’s life—beauty and the sadness. And that is why theater is life.”