1. He wrote In the Heights while he was working as a 7th grade English teacher. Aka coolest teacher ever.

2. Les Miserables was the first musical he ever saw.

4. Benjamin Franklin was going to be a character in Hamilton, and was going to have a country-rock Decemberist-y type song. But, alas, it was cut.

6. He met his wife (Vanessa Nadal) in high school.

7. Speaking of his wife, she is a total badass.

She graduated from Fordham University School of Law, she’s a lawyer…oh! and also a scientist.

8. He was on How I Met Your Mother. And he definitely rapped on the show, delighting theatre nerds across the nation.

10. Speaking of musical to movie adaptations, Chicago is one of his favorites.

11. OH. He surprised Vanessa at their wedding by organizing a wedding party performance of (what else) “To Life” from Fiddler on the Roof.

12. This video of him dancing to Footloose as a little kid exists!

13. He has a dog named “Tobillo” from the Dominican Republic. 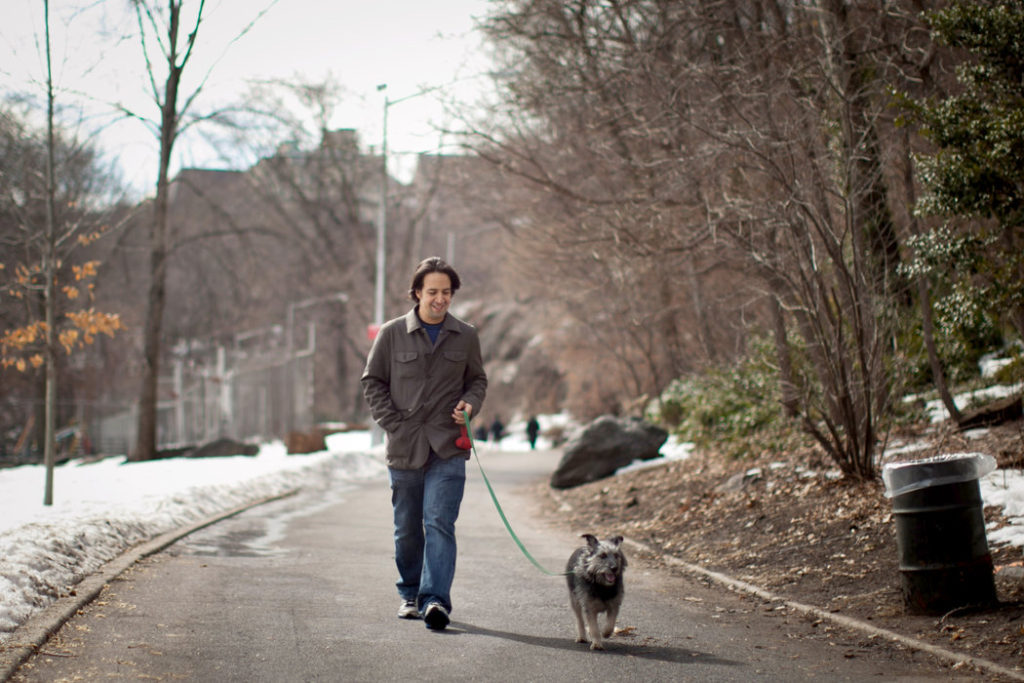 14. Lin was a co-composer & Lyricist for Bring It On The Musical.

15. He was the voice of “Shag Kava” in Star Wars: The Force Awakens.

16. The name “Lin-Manuel” was inspired by a poem about the Vietnam War, Nana Roja Para Mi Hijo Lin Manuel.

Lauren is an LA-based actress who received her BFA in Theatre from NYU. She’s the founder of Daily Ingenuity, a blog that promotes balance and emotional well-being among emerging actresses. Visit Lauren's Blog