Contrary to popular belief, arts and sports have points of similarity. Both require intense determination, focus, determination and practice to achieve the highest results and are evaluated in a publicly viewed final test.

And while Broadway does have its yearly Tony Awards to celebrate and honor outstanding artistic achievement, but what if it also had its own Olympics in which arts and sports collided?

Here are nine awards we’d like to see given out at the Broadway Olympics:

Singing does require a certain amount of natural talent, but singers also train and keep their vocal chords in healthy shape to sing at their highest level. It’s safe to say that anyone who plays Christine in “The Phantom of the Opera” would likely qualify for this event.

Actors could give Olympic sprinters a run for their money when it comes to making a costume change before reappearing onstage in record time.

Similar to figure skating or gymnastics, this event’s judging would examine artistic factors and difficulty. Newspaper dancing, anyone? 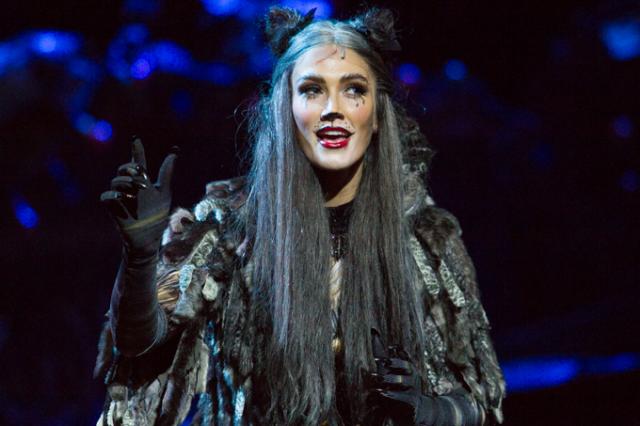 The sweat is real, and making it through a show without sweating off makeup can be a race of its own.

Speaking of sweat, who doesn’t love a big, rousing dance number? Mix equal parts sweat with stamina, and those dancers leave everyone wondering how they haven’t collapsed from exhaustion.

Audiences love when singers blow their minds by holding a note longer than anyone ever thought humanly possible. Work those diaphragms, people!

This is the you-could-cut-that-craziness-with-a-knife-and-why-can’t-these-two-just-get-it-together-already kind that has you shipping that couple throughout the show and long after you leave the theatre.

This event requires precision, emotional depth, and the right physicality to make it believable. The combination needs to be exact, which means there is a higher likelihood of getting it wrong. Done right, and audiences should be left ugly-crying their hearts out. 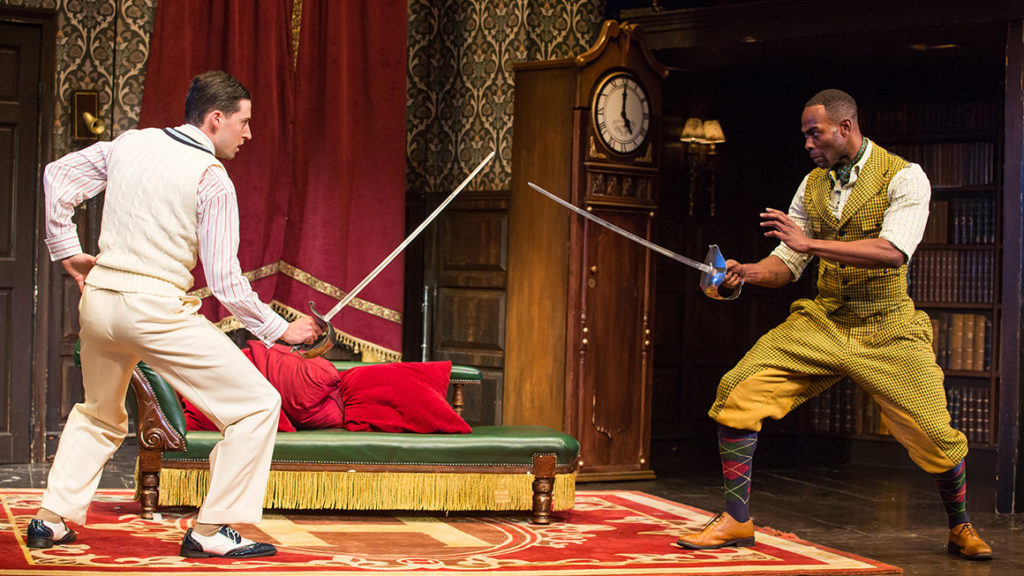 Stage combat is a lot like dancing. Choreographed sequences require actors to hit each mark at precisely the right time to avoid the risk of injury. Footwork, prop wielding and turns are only a few of the things actors must remember while also delivering lines and remaining in character. It takes fencing to a whole other level.

It takes work to hone a craft of any kind — and more than winning the award itself, part of the draw to the Olympics is seeing someone finally achieve that goal they set for themselves. So, if your dream is to be up on that stage someday, study those who are successful in the arts but also look beyond to those at the top of other fields, like athletics. Inspiration can come from the most surprising places.

If Broadway had its own Olympics, what events would you want to see? Let us know in the comments below…