Those looking for a family-friendly trip to the theatre in NYC need look no further than the New Amsterdam Theatre on 42nd street. Owned and operated by Disney, who funded the expensive renovation of the property in the 90s, the theatre has been the home of heavy hitter Broadway adaptations of the company’s popular films, including “Lion King,” “Mary Poppins,” and “Aladdin.”
But turn the clock back about a hundred years, and the New Amsterdam hosted a different kind of glitz and glamour. The kind brought to life by the imagination of the incomparable Florenz Ziegfeld Jr. His impact on the beginnings of Broadway in the early 20th century is infamous, having worked with the likes of Irving Berlin and George Gershwin.

But it is the women of the “Ziegfeld Follies” whose stories and achievements are often ignored in favor of those about the man who employed them. 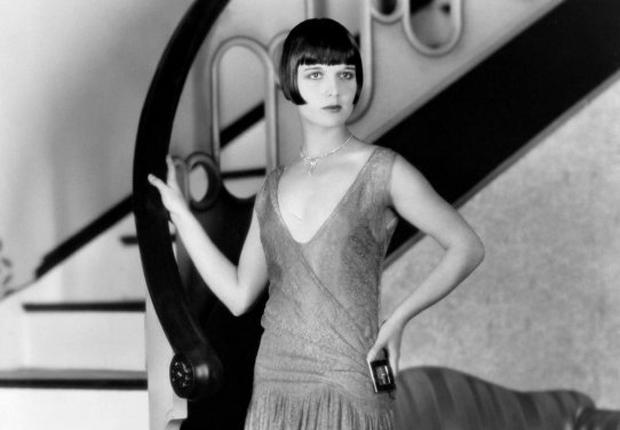 Young Louise Brooks began her career as a dancer, joining the Denishawn company in the early 1920s. She eventually joined Ziegfeld’s prominent “Ziegfeld Follies” as a dancer in 1925. Her appearance in the Follies was what got the attention of Hollywood after she was offered a movie studio contract, launching her career as a film star. Known for being rebellious, Brooks believed in taking risks as a film actress and didn’t shy away from controversial roles, including those involving nudity and modern ideas around sexuality. Brooks moved to Europe at the end of the 1920s after being refused a pay increase. When she spurned movie studios upon her return at the start of the 30s, the roles began to dry up. Brooks worked a variety of odd jobs after her movie career ended, including that of a courtesan. In her later years, she came back into the public eye as a film writer. A selection of her stories can be read in the memoir “Lulu in Hollywood.” She died from a heart attack at the age of 85. 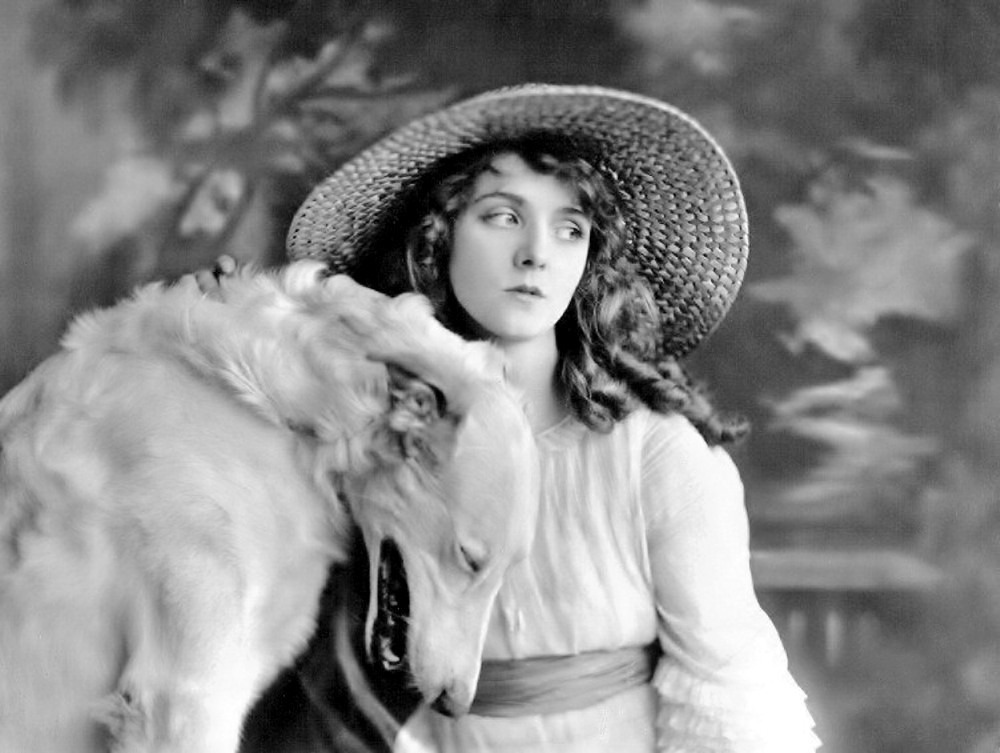 Thanks to her untimely death and the rumor that her ghost regularly haunts the New Amsterdam Theatre, Olive Thomas is one of the most infamous women to come out of the “Ziegfeld Follies.” After fleeing small-town life for New York City, Olive Thomas had her first brush with fame when she won a competition and earned her the title of “The Most Beautiful Girl in New York City.” It wasn’t long after that Thomas earned herself a place onstage as one of Ziegfeld’s girls. She found great success performing in Ziegfeld’s racy after hours show on the rooftop of the New Amsterdam Theatre.

Eventually, Thomas transitioned to acting in films. During this time, she also married Hollywood royalty in the form of Jack Pickford, brother of famous actress Mary Pickford. On a trip to Paris with her husband, an intoxicated Thomas died at the age of 25 after ingesting poison, the circumstances surrounding which remain unclear. 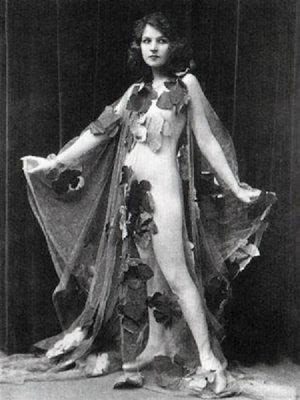 Scouted by Ziegfeld while modeling at an Illustrators’ Ball, Kay Laurel joined the Ziegfeld Follies in 1914. Laurel is best known for appearing nude from the waist up on stage in selective artistic tableaus. Laurel was celebrated for her femininity and revered on Broadway for her beauty. After her success in the Follies, Laurel tried her luck at being a silent film actress but eventually transitioned back to stage work. Like many women of her time, Laurel met her untimely demise during childbirth at the age of 36. 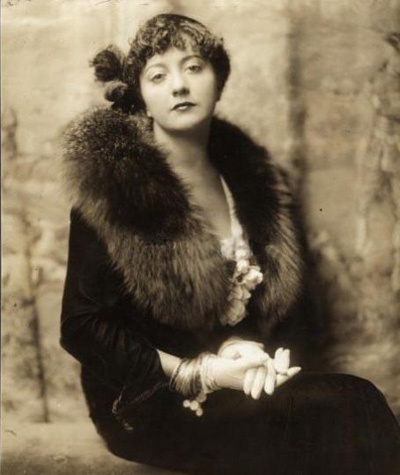 Helen Morgan, who was studying music in New York, first took the stage in Ziegfeld’s production of “Sally” in 1923, before joining the Follies in 1931. Morgan is most notable for having played Julie in the original cast of “Show Boat” in 1927. Her work as a film actress included two film productions of Show Boat, while also continuing with the stage work, including a Broadway production of “Sweet Adeline.”
An avid drinker during Prohibition, Morgan ran into trouble with the law because of her involvement with nightclubs and speakeasies in New York. Her weakness for alcohol finally caught up with her, and at 41 she died from cirrhosis of the liver due to alcohol abuse. 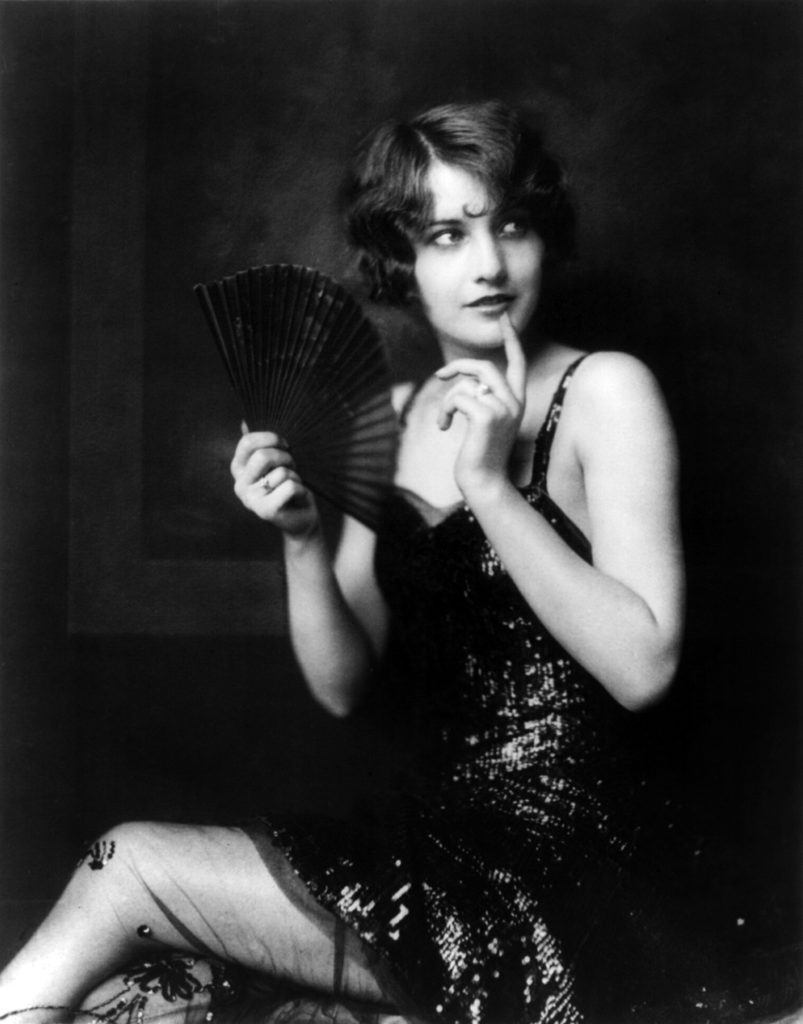 Orphaned and raised by her sister, Barbara Stanwyck took a series of odd jobs to make ends meet before becoming a Ziegfeld girl in 1922. Stanwyck worked as a chorus girl for several years before landing a role in the play “The Noose.” This led to her casting in 1927’s “Burlesque,” which launched her into a successful film career. Stanwyck enjoyed success as a film actress until the 1950s and opted to transition into work in television. Throughout the 1980s, Stanwyck received recognition for her achievements as an actress, including an Academy Award and a Golden Globe Award. She died of heart failure at the age of 82. 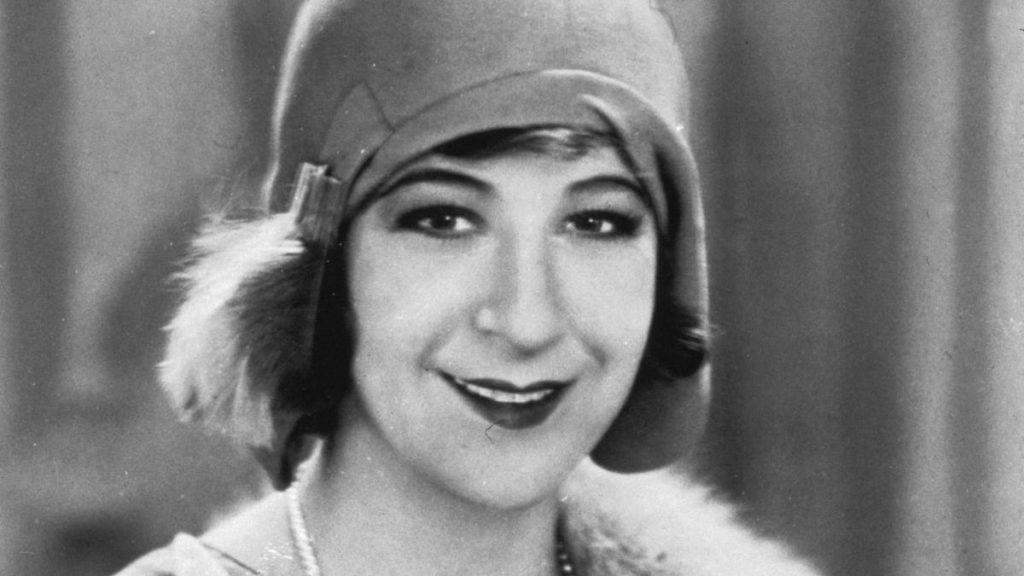 While not one of Ziegfeld’s dancing girls, actress, singer, and comedienne Fanny Brice was undoubtedly one of Ziegfeld’s stars. Working alongside Irving Berlin, Brice won over audiences night after night with her comedy and her singing. She became a consistent performer in Follies productions, and even after the Follies finished, Brice found success in radio and on Broadway. Her name was further immortalized by Barbara Streisand in both a stage production and film of “Funny Girl,” about Brice. 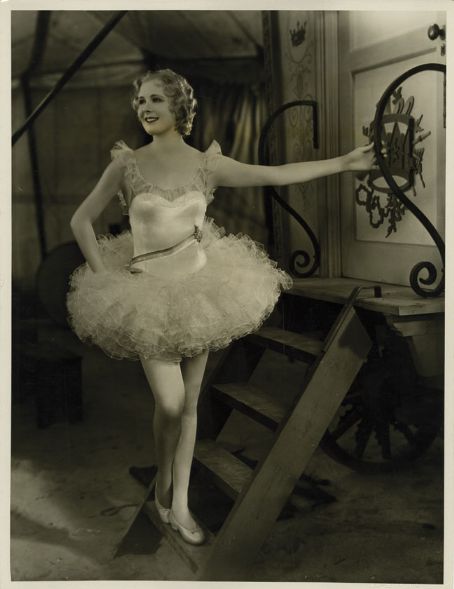 Marilyn Miller joined the Follies in 1918 and worked successfully with Ziegfeld as a headliner in his productions, until a disagreement, which sent her to his competitor in 1924. They later reunited and Miller was once again cast in Ziegfeld’s productions, performing the music of George Gershwin. During her time as a Broadway actress, Miller worked alongside legends like Irving Berlin, Jerome Kern, and Fred Astaire. Miller dabbled in film, but found her greatest success as a stage actress, including hits “Sally” and “Rosalie.” She died at 37 from complications after nasal passage surgery. In “Til the Clouds Go By” a fictionalized film about Jerome Kern, Miller was played by the legendary Judy Garland. It’s also worth noting that Miller was at one point married to the famous Jack Pickford, who also wed Ziegfeld girl Olive Thomas. 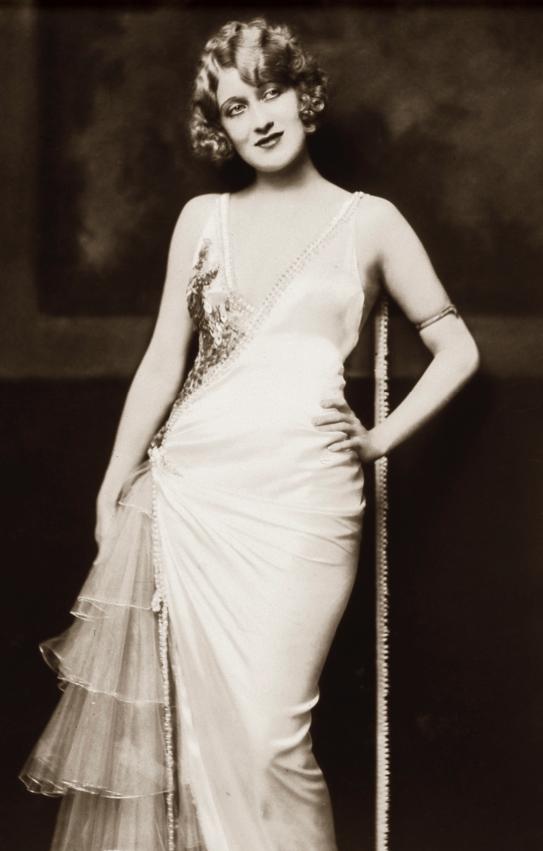 Singer Ruth Etting joined Follies in 1927 and performed in several other Broadway shows, including those mounted by Ziegfeld. After dazzling Broadway audiences, Etting turned to Hollywood, but could only find work as a singer, not an actress.

Offstage, Etting’s personal life had more drama than a soap opera thanks to her tumultuous marriage and divorce to gangster Moe Snyder. After finding love with pianist Myrl Alderman, also separated from his spouse, Etting’s ex-husband threatened to kill them both. Following an attempt on their lives, a messy set of trials and lawsuits ensued for Etting, Alderman, and Snyder. In 1955, Doris Day played Etting in “Love Me or Leave Me,” a film based on her Etting’s life and career.

While it is hard to ignore the objectification of women at the Follies and during that time in history in general, there are signs of early feminism that took place at the New Amsterdam Theatre. In an era when sexuality was taboo, the women of the Follies expressed and celebrated their sexuality instead of being shamed by it. Additionally, in a period when women weren’t meant to be working, these young women maintained some autonomy over their futures and earned an income for their stage talents instead of being forced to depend on a husband. And there is no question that the women who successfully took the stage in the “Ziegfeld Follies” didn’t train hard to learn the elaborate numbers. While it is naïve and idealistic to believe that these women were fully formed feminist warriors who did not husband hunt amongst their clientele, it is important to remember that even small steps towards progress are still steps in the right direction and should be evaluated in the context of the era in which they took place. In their own way, these women helped to lay the groundwork for those who came behind them, strengthening female presence both on and off stage.

Who are your favorite actresses of early 20th century Broadway? Let us know in the comments below…