Tired phrases such as: auditioning is your job, booking is just the cherry on top; actors have to have tough skin; or, never compare, never despair, run through my mind as I sob. I feel guilt and shame for letting it get to me, I should know better.

As a young actress right out of college, I attended an acting workshop in New York called The Artist’s Crossing. I sat wide-eyed clinging to each and every word uttered out of the speaker’s mouths during a discussion panel chock full of Broadway and television actors . An eager student asked the panelists, “How do you deal with rejection?” At first I was surprised by the query. “Rejection? These actors? But they’re all so successful, what do they know about rejection anymore?” However, as each of the panelists guffawed or exhaled knowingly at the question at hand, it became clear that no matter where one is at in their career, the loathsome beast that is rejection never goes away.

When the laughter subsided, the rest of the panel actors spoke on the subject. “Count your blessings, cut your losses and cheer up.” Another offered up faith as an answer; faith in both life and the profession itself. “You are exactly where you’re supposed to be. You are doing the best you can. If you don’t get a job, you weren’t supposed to.” Another suggested, “When you’re having a bad day go and help someone else.” Then there was this lovely nugget, “If you don’t let go, you are holding onto a scenario in which you are the loser.” And one of my personal favorites: “Don’t audition for them anymore, do it for yourself. Whatever you feel like doing- you do it.”

That panel discussion was almost ten years ago and though the amount of rejection I’ve faced in my own career is countless, I can count (on one hand) how many times I’ve let the rejection break me down and reduce me to a blubbering mess.

The first time was after a sound-alike callback for an iconic animated character for an even greater iconic studio. My agent laughed gleefully as she played the sound clip of the previous actor who’d voiced the role- it sounded identical to my voice. My agent was optimistic, I was optimistic; this was going to be it- my big break. …Or, not so much. Turns out, my voice was a teensy bit younger-sounding than the role called for. But, if that role wasn’t the one for me then what was? Never had there been a more perfect opportunity. I was shattered. I sat on my brand new white Ikea loveseat, balled myself up, and shamelessly cried for an hour.

The second time I cried over rejection was a year later when the same movie franchise decided to introduce a sister character- this had to be it. Why else would the Universe have put me through all that turmoil before if it weren’t for an impending triumphant victory? The callback came and it was down to me and one other girl- a television celebrity. Once again, hopes were high, the feedback was outstanding, and once again, I was not offered the part. I crawled onto my trusty Ikea loveseat, not as white as it once was before, and yet again, I wailed like an infant. 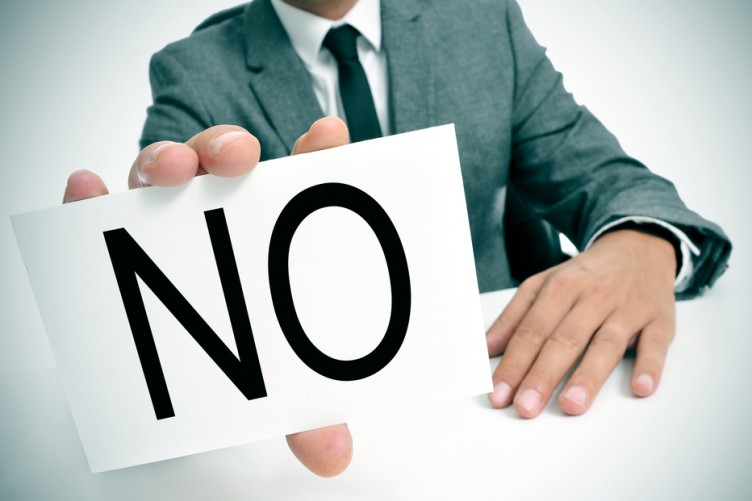 The third, and last (so far) was very recent. Story old as time- this was it, the role of a lifetime, the breakthrough moment for my career. The creator of the show, members of the cast and the casting directors applauded as I exited the soundproof recording booth, they shared their accolades and ended with, “We’ll see you soon.”

Weeks went by and I never heard a thing. Like all auditions, this too had an expiration date. I gave it a lengthy one to take into account the holidays- but enough time had passed that I knew that this too had spoiled. My loveseat, now so dingy, coffee stained, and threadbare that it’s tucked away in the bedroom where guests can’t see its unworthiness. Ragged and sad as it may be, it’s still there to cradle me as I climb into its old loving embrace to shed my ritual tears and mourn for the possibilities lost.

Tired phrases such as: auditioning is your job, booking is just the cherry on top; actors have to have tough skin; or, never compare, never despair, run through my mind as I sob. I feel guilt and shame for letting it get to me, I should know better. But then I think of the hundreds of auditions that I didn’t cry for.

If you think about it, each audition is a dream. A possibility. We visualize ourselves in each part we get to try out for, we envision the booking, the moment our phone rings, the conversation with our family, or let’s face it, sometimes the gleeful boasting. We imagine the money for some jobs, sometimes it’s the project we’re excited about, and other times it’s the role, but most of the time we’re just happy to have work, period.

The loss of these  possibilities deserves to be mourned from time to time; maybe it’s just more effective to do so in bulk. Because each time we mourn a loss, after we’ve wrung out all the sadness, we get to buck up, wipe away the tears and tell ourselves that dream just wasn’t it- but maybe the next time it will be. It’s with this newfound sense of strength that we are able to stand up again and face another hundred rejections without so much as a flinch.

Have any rejection stories, tips, or favorite flavor of rejection ice cream? Leave a reply below…