One of the most anticipated shows of this Broadway season is “SpongeBob SquarePants: The Broadway Musical.” Based off the hit Nickelodeon cartoon that has been running since 1999, this show has a lot to live up to. In a season filled with pop culture icons making their Broadway debut, from Regina George to Elsa, one has to ask themselves whether there is room for Bikini Bottom on the Great White Way. Unsurprisingly, the answer is yes.

Millennials have flooded the Palace Theatre to relive their childhood and have not been disappointed. The moment you walk in, you see that it has been transformed into a psychedelic, underwater paradise for both theatre nerds and children alike. Seriously, they have kelp made of pool noodles hanging from the rafters.

The musical follows fan favorites SpongeBob, Sandy and Patrick on a quest to stop a volcano from erupting and destroying Bikini Bottom. The original plotline is fairly basic and somewhat predictable. Generally, there are very low stakes throughout the show, but given the content, it’s still a great ride to go along with some lovable characters.

One of the most impressive feats of this musical is the score. It includes a song written by nearly every artist you can think of, from David Bowie to Cyndi Lauper, Panic! At the Disco, John Legend and Sara Bareilles, just to name a few. Though this sounds like a crazy, eclectic group of songwriters for one musical, it kind of works. This does mean that one minute you’re listening to an inspirational pop ballad then watching Plankton rap to T.I. the next, but most of these songs are crazy catchy and fun. Good luck listening to the album and not getting Lady Antebellum’s “Chop to the Top” stuck in your head for hours. There are some songs that could have benefited from a bit more fine-tuning, but overall, the score is fairly cohesive. 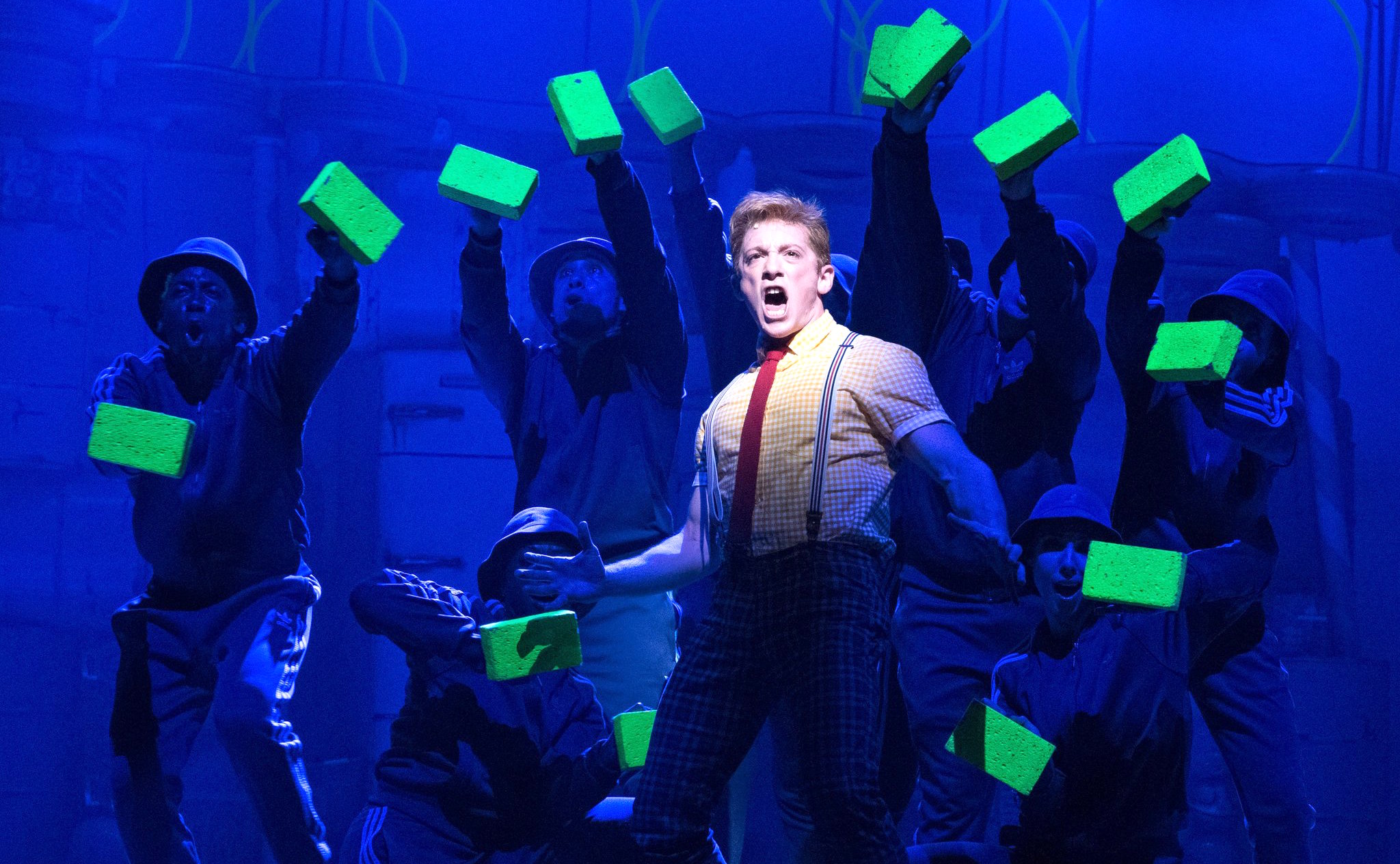 The true star of this musical is newcomer Ethan Slater, who portrays the porous protagonist. From the classic SpongeBob giggle to the constant swishing across the stage, Slater truly embodies everyone’s favorite sponge and captures his optimistic giddiness in every scene. Other standout performances include Gavin Lee’s tap-dancing Squidward and Lilli Cooper’s kickass Sandy. And, one breakout performance is Jai’Len Christine Li Josey’s Pearl. Though Pearl is a fairly minor character in the series, Josey’s vocals stop the show in “Daddy Knows Best.”

Other appearances include fan favorites Mr. Krabs, complete with crab claws, Gary the snail rolling across the stage and, of course, the villainous Plankton. This cast delivers killer portrayals of characters everyone knows and loves. It’s clear the creators really tried to pay homage to the television series — and the audience loves it. 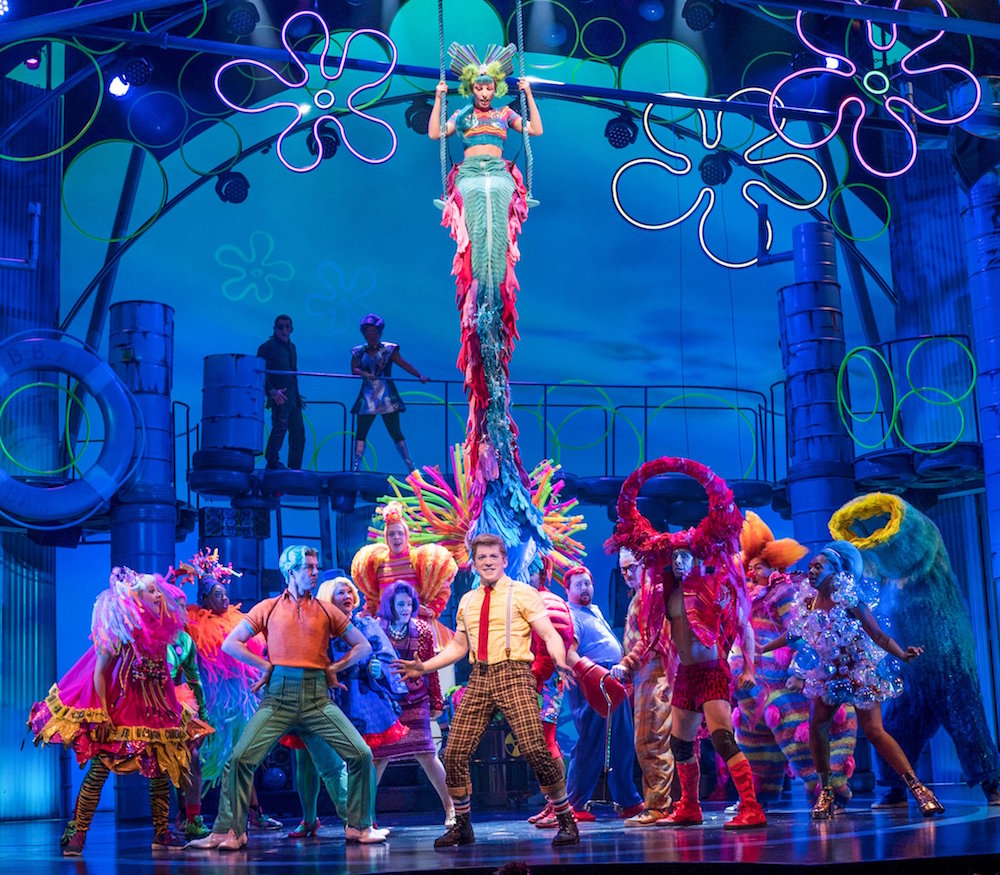 “SpongeBob SquarePants: The Broadway Musical” is a show you walk into not knowing quite what to expect, but you will leave with a smile after sitting through an entertaining adventure. Is it groundbreaking musical theatre? No. But if you need a break from the real world, Broadway’s Bikini Bottom is definitely a great place to visit.