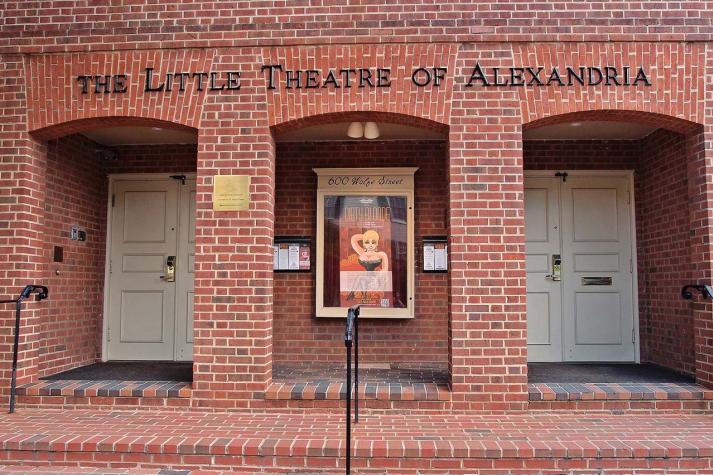 There was a form of regional theatre in American by the late 1800s, when The European Theatre Movement began to affect American Theater, and small theatres and performing groups were springing up across the country. These early groups were often focused on “art theatre” and performing classic European works like Ibsen. One early example is Lousia May Alcott, the famous author of Little Women, who founded a performing group in 1874 called the Concord Players. Another example is the Footlight Club, in Jamaica Plain, Massachusettes, which the American Association of Community Theatres recognizes as “the oldest continuously producing community theatre in the U.S.”

Over 100 community theatres were founded in America just during the 20 years after World War I alone. This movement caused a revolution in playwriting, where community stories were prioritized and told onstage

By the 1910s to the 1920s, regional American theater had coalesced into a vibrant movement referred to as “The Little Theatre Movement,” named of course for the size of these theatres’ performance spaces. This movement largely represented American civic pride, community involvement, and a revolution in how theatre was produced and for whom it was produced. Over 100 community theatres were founded in America just during the 20 years after World War I alone. This movement caused a revolution in playwriting, where community stories were prioritized and told onstage; it led to the development of more American playwrights; it created accessibility to theatre in small communities all over the United States. This meant that diverse kinds of people were involved in theatre, working together, studying scripts, writing, performing, and engaging in art with their communities. And in the beginning, The Little Theatre Movement was really a backlash against commercial theatre then, which the people saw as limited in who it could reach, and limiting in who it represented. One catalyst for this new style of community-driven drama, according to Robert Gard and Gertrude Burley, was after a famous tour of the Irish Players who came to America in 1911, which “fired the American imagination” and “aroused the antagonism of American citizens against the feeble productions of the commercial theatre, and seemed to be the catalyst that caused countless dramatic groups to germinate all over America , as a protest against commercial drama.” (Community Theatre: Idea and Achievement, 1959). According to the AACT, after World War I, there was a definite shift in that these small playhouses were formed by individuals, not groups or clubs.

Jane Addams (1860-1935), famous to most Americans as a leader in social reform, created the Hull House as a social settlement to provide wrap-around social services for the poor or Chicago in the late 1800s. According to the Hull House Museum, not only did the settlement provide “kindergarten and day care facilities for the children of working mothers; an employment bureau; an art gallery; libraries; English and citizenship classes,” but it was a “cultural center with music, art, and theater offerings.” Jane Addams was a precursor who embraced the concepts underlying the Little Theatre Movement, and developed a theatre as a critical part of her community. Wilfred R.Cleary, a frequent actor in the Hull House Players as far back as 1933, says the theatre began “enriching the lives of neighborhood audiences under the inspired leadership of Jane Addams” as early as 1889. Stuart J. Hecht, in his scholarly article, says that Chicago’s Hull House Theatre “was developed specifically to combat the corrupting influences of urban tenement life.” In other words, the arts component to the settlement was “a safe haven and a place where the immigrants living on Chicago’s Near West Side could find companionship and support and the assistance they needed for coping with the modern city” (Hull House Museum).

During its height, the Hull House Players were well-known nationally and even internationally, and they toured in major cities in the U.S. Cleary says their work was “ambitious and adventuresome, with work by celebrated dramatists as well as new, yet-to- be-proven plays.” What we still see is that the major functions of community and regional theatre today are precisely to enrich the full community, to provide a stage for audiences to see new works, ground-breaking works, or smaller venue works that everyday audiences wouldn’t have the chance to see otherwise. They usually do this at prices more affordable to all, and they commonly go out of their way to offer free showings or enrichment activities for students, senior citizens, and those needing special services. Susan Glaspell (1876-1948) was a famous and prolific playwright, actress, and novelist known as a pioneer feminist writer. She wrote the acclaimed play Trifles. Glaspell, her husband George Cram Cook, and their theatre friends were part of an avante-garde writers and artists group and eventually, she and her husband founded the Province Town Players in 1915, recognized as the first official Little Theatre. According to scholar Martha Carpentier, this was “the most important, innovative moment in American theatre,” in part for “launching the career of Eugene O’Neill and building an audience for American playwrights.” George Cook described the aim of the group: “to give American playwrights a chance to work out their ideas in freedom. “The Players intended to create a group where playwrights could write and produce their own productions “without submitting to the commercial managers’ interpretation of public taste.” After two years, they moved the Players to New York City and began performing there, where they were part of a Bohemian spirit that ultimately became the heart of Greenwich Village. They were associated with groundbreaking American writers like Upton Sinclair, Edna St. Vincent Millay, Wallace Stevens; and Robert Edmund Jones came out of Glaspell’s theatre. Eleanor J. Gainor says that the Little Theatre Movement was a direct response to the “tepid” commercial theatre of the day, and provided an outlet for stories of social significance. In many regional theatres today, this is still a primary focus in works they choose to produce.

Viola Spolin (1906-1994) trained in social work and then taught theatre classes at Hull House in the 1920s under Jane Addams. The Little Theatre Movement and its connection to communities and everyday people paired well with Spolin’s work with children and immigrants, who participated in theatrical activities as both a method of rehabilitation and as creative expression. Spolin became the originator of Theatre Games, and founded the first improv acting company in America, The Compass Players. Chicago has a well-known theatre scene, particularly in improvisation and comedy, like the Second City group, which Spolin also founded, and which has launched many American comedy careers—think of modern examples Jerry Stiller, Fred Willard, John Belushi, Dan Akroyd, Amy Poelher, Tina Fey and Stephen Colbert. All of this came out of the Little Theatre Movement, and it symbolizes its power for a wide cross section of people in every community to participate in the arts and be affected by the theatre.

Community theatre and the Little Theatre movement have waned and waxed with the seasons, with a decline post-World War II, and a resurgence in the socially-aware 1960s. Over the years, many of these little theatres became quality training schools for actors and directors, and conversely, over decades, many of them ended up evolving into professional groups contrary to their original charters. Some in the theatre world think community and regional theatres are producing more “big sellers” these days, like musicals or a reproduction of the latest Broadway hit in order to make money, stoke popularity, and improve the bottom line. The questions some theatre people are asking today is what happened to the extraordinary drive and mission of the Little Theatre Movement in America? Has it been stunted, and have we forsaken our forebears’ intentions? If we’re indeed in a downturn of American “little theatre” innovation, is it out of choice or necessity? It’s clear that there is a place both for commercial and community theatre, but the important question is, will our community and regional theatres endeavor to keep revitalizing our vibrant Little Theatre heritage?

Rachel lives in Salem, Oregon, and has directed at The Pentacle Theatre, Children's Educational Theatre, Central High School, and Western Mennonite School, among others.