Short or long, satin or sequined, a fair share of dresses have graced Broadway stages.
Costume designers far and wide have worked to create some of the stage’s most iconic looks and redesigned them for anticipated revivals.

Here are some of our picks for Broadway’s best dresses: 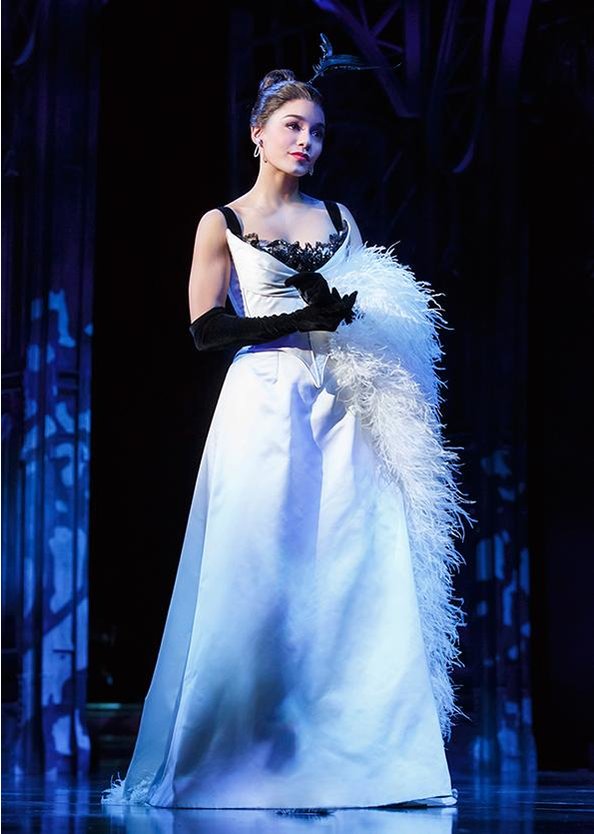 Vanessa Hudgens was the picture of elegance in Broadway’s recent revival of “Gigi.” It’s hard to choose between the gorgeous classically cut black and white gowns that Gigi dons as she grows up.

2. Lise from ‘An American in Paris’ 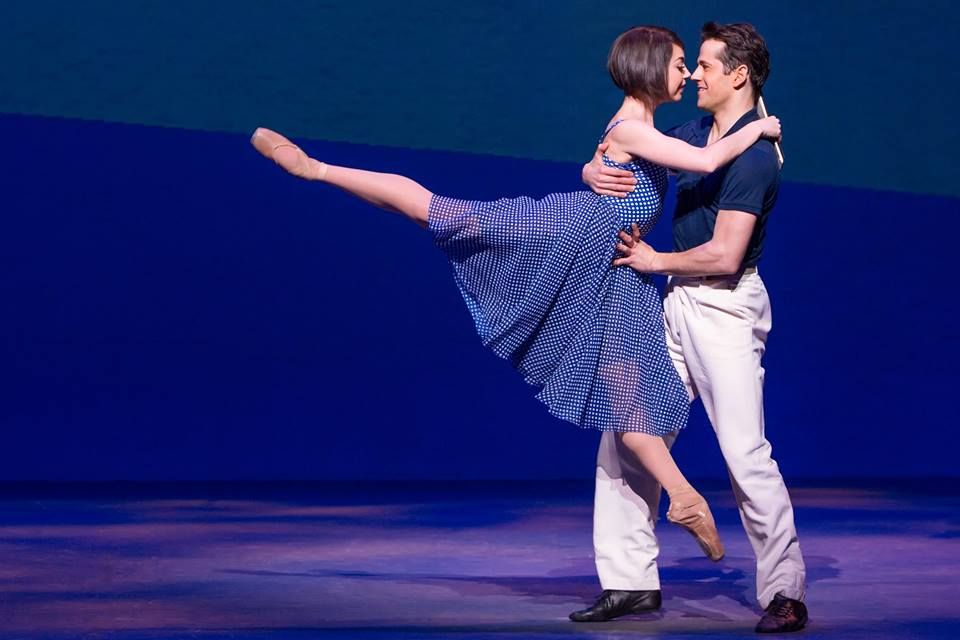 The simple and sweet polka-dot dress shows its own sass with a swinging skirt and an eye-catching shade of blue. Gorgeous! 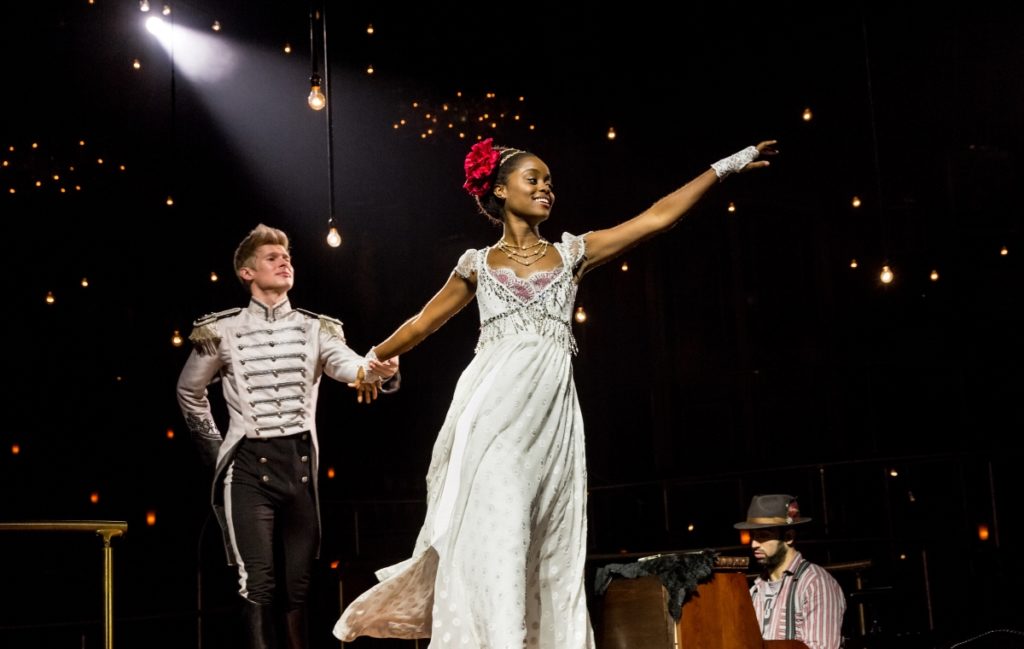 Natasha’s empire-waisted white gown is delicate with its lace sleeves, yet glamorous with its embellishments. 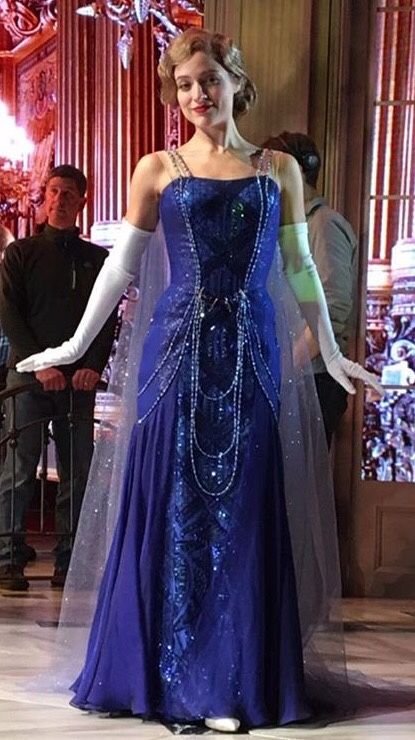 It’s hard to choose between all of the dreamy dresses costume designer Linda Cho made for Broadway’s “Anastasia.” Between the stunning navy dress inspired by the animated film to the original bold, red gown created for the show, it’s a royal fantasy come to life. 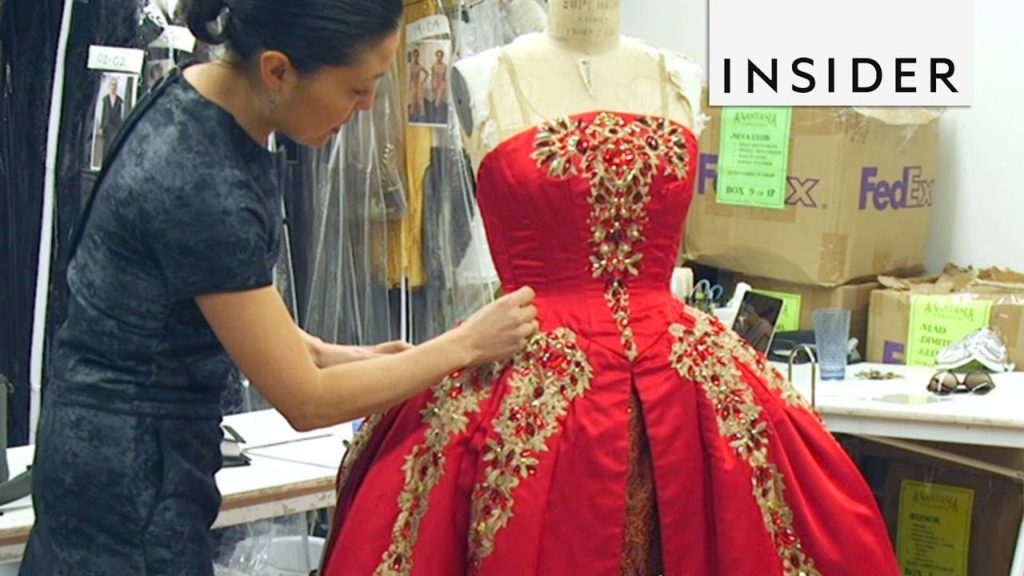 5. Christine from ‘The Phantom of the Opera’ 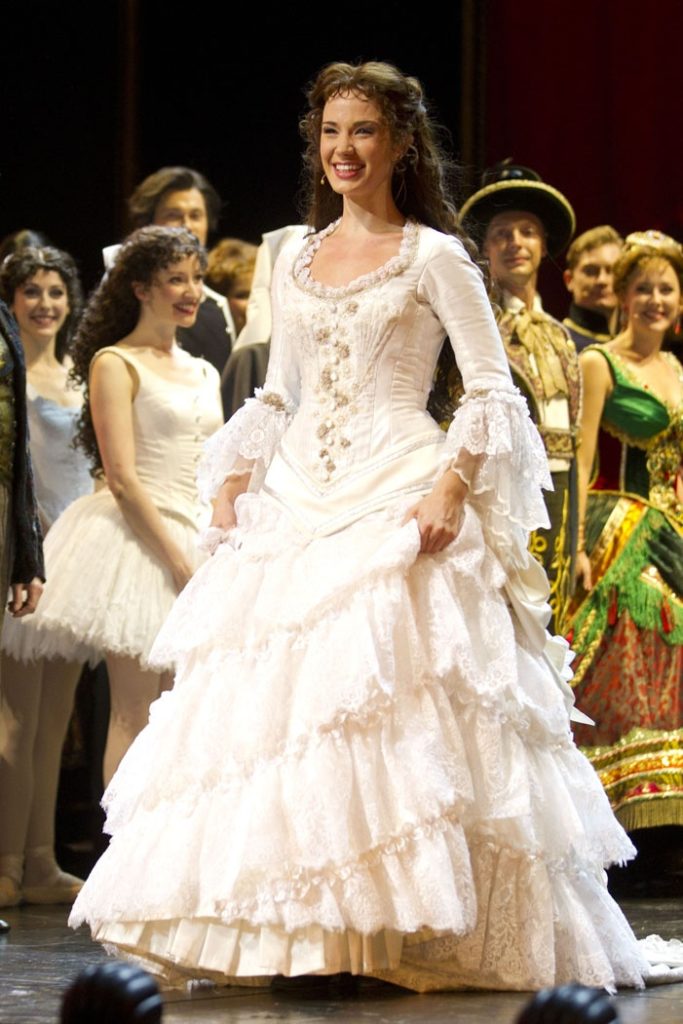 Christine’s white dress is fit for a diva with its many gorgeous layers and romantic ruffles. It’s definitely a gown worthy of a high note. 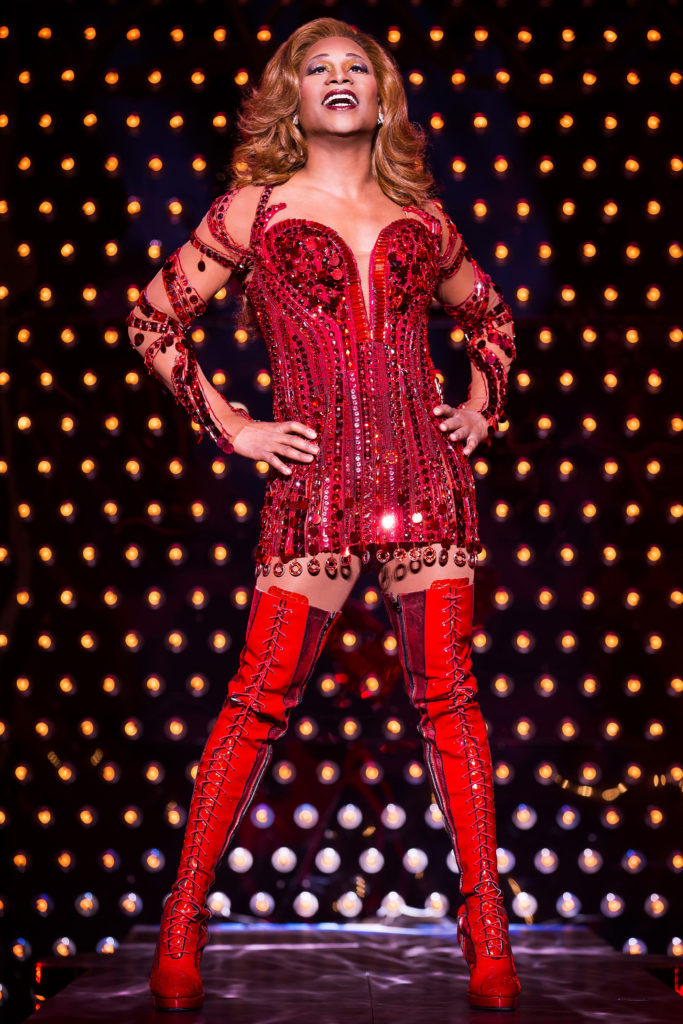 Short and sequined, this dress created by “Kinky Boots” costume designer Gregg Barnes is runway-ready and the definition of fierce. Look out, Beyoncé! 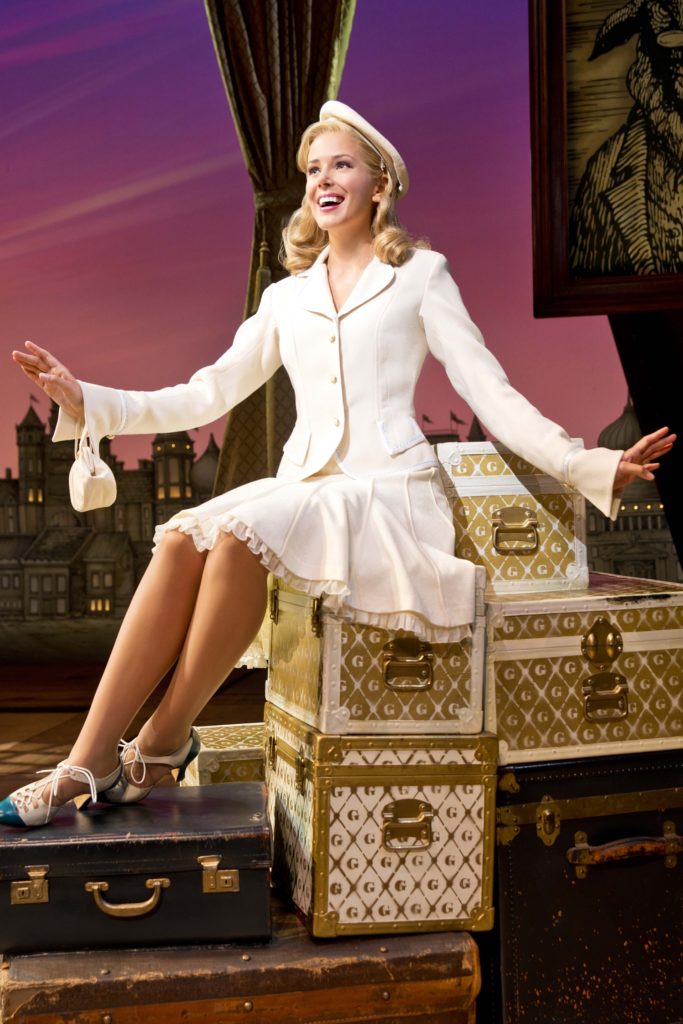 Glinda’s gorgeous cake-topper blue ball gown is likely her most infamous look in the musical, but it’s her svelte school arrival outfit that has us swooning. The tailored, clean lines work well with the delicate ruffles at the bottom of the skirt. Plus, what’s not to love about that adorable hat? 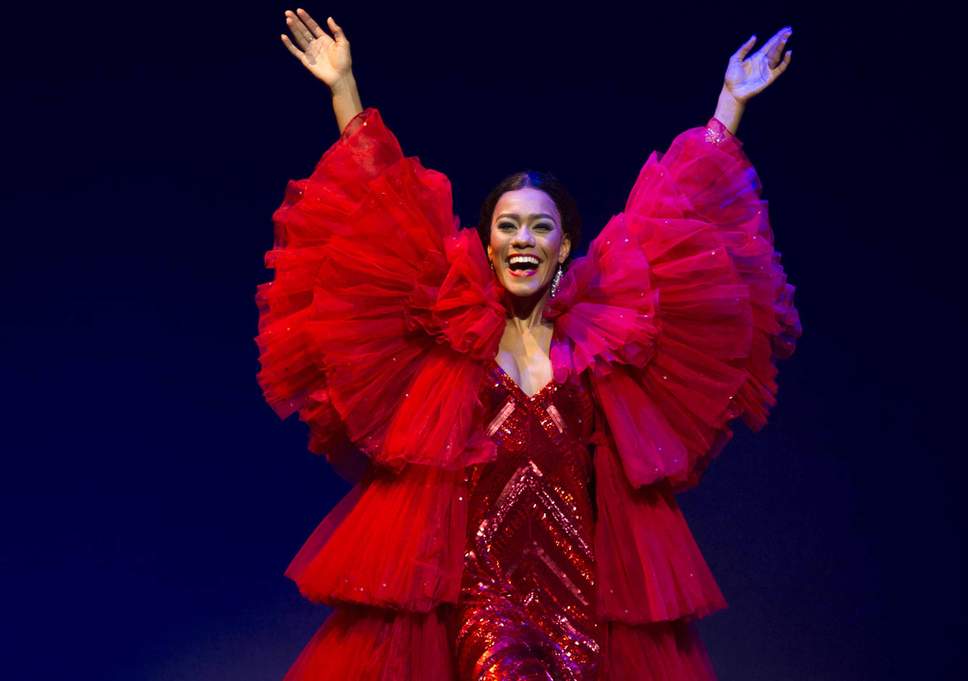 Diana Ross is a musical and style icon in “Motown the Musical” thanks to costume designer Emilio Sosa. It’s hard not to be blinded by all of the bling on this fiery gown and ruffled overcoat, giving the appearance of a majestic phoenix gliding across the stage. 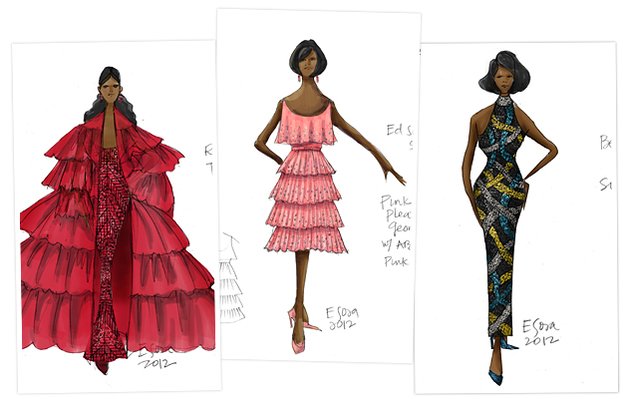 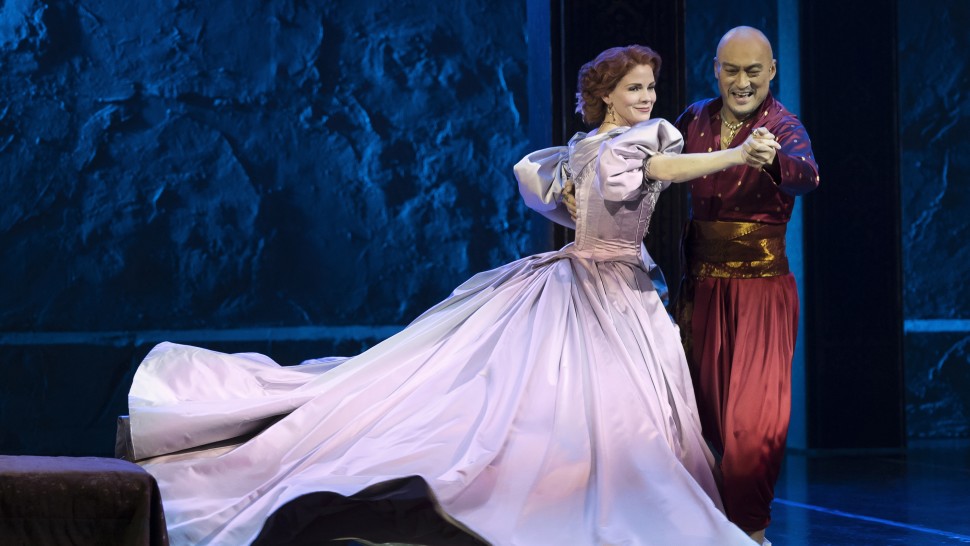 Lavender never looked so beautiful in a gown fit for a queen. That ball gown deserves a spin around the room and perhaps its own parade. 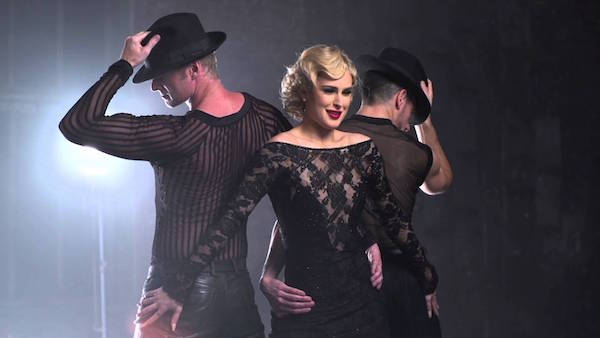 From its choreography to its costumes, there is no musical sexier than “Chicago.” Roxie’s iconic short dress manages to be both sexy and sleek with its long lace sleeves. 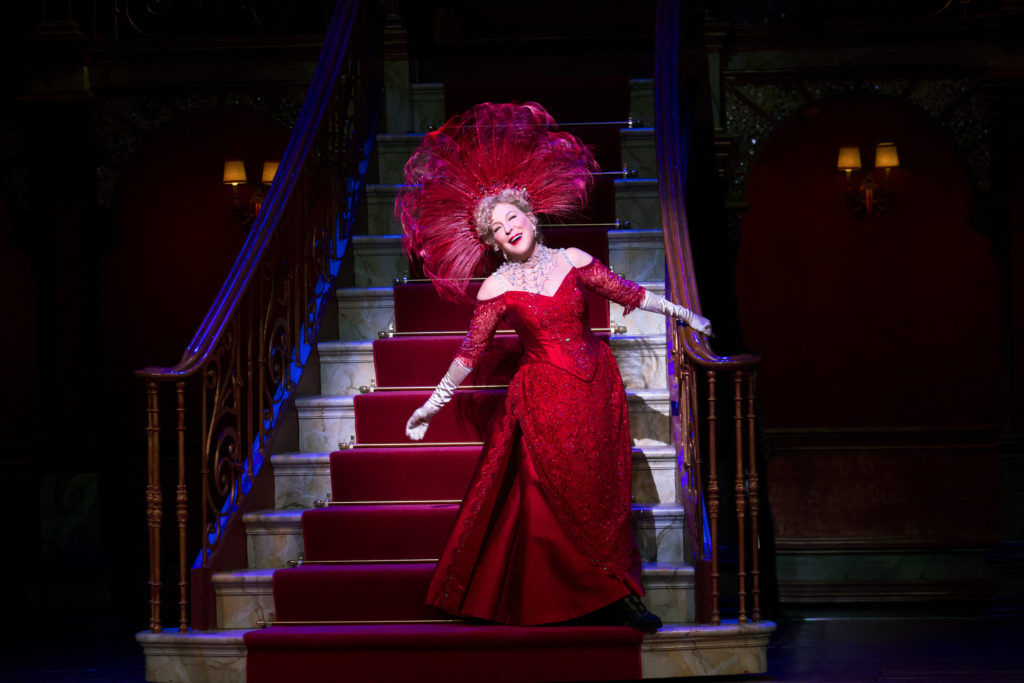 It’s no question that this dress is a stunner, but it’s the fantastic headpiece that makes the ensemble. If making an entrance is the goal, this headpiece ticks all the boxes.

12. Ursula from ‘The Little Mermaid’ 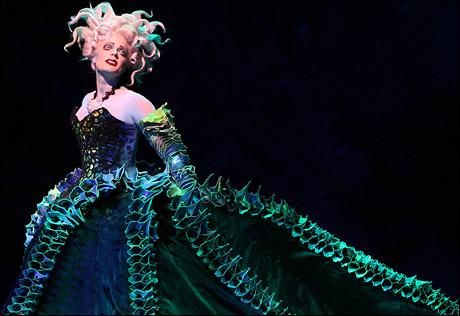 The creativity and intricacies of this dress make it a piece of art. Octopus legs cascading from either side accompany the figure-hugging dress designed with the appearance of scales. Being bad never looked so good.

There are many outstanding frocks created for Broadway stages every year that the Tony Awards really should give them their own category.

Who do you think should be the winner for best dress? Let us know in the comments below…