Every theatre nerd dreams of eventually writing or working on a Broadway show. However, not every show defies gravity so easily, making it especially harder for newer names to establish themselves. In fact, some shows flop so catastrophically that they are replete with empty chairs and empty tables. To shed some light on some ill-fated productions, here are 15 Broadway (Off-Broadway) shows that closed after remarkably short runs:

This 2011 Off-Broadway musical about a budding songwriter’s misadventures in Nashville starred Kyle Dean Massey (“Pippin,” “Nashville”) and Leslie Jordan (“Will and Grace,” “American Horror Story”). Although it was slated to run for two months, the production closed after 10 days.

This 2007 Broadway musical, inspired by American Idol, was written by Jon Balcourt, who is currently an associate conductor for “Dear Evan Hansen.” Unfortunately, Balcourt’s musical closed after its opening night.

3. ‘Rachael Lily Rosenbloom (And Don’t You Ever Forget It!)’

This 1973 Broadway musical written by pop singer-songwriter Paul Jabara starred Ellen Greene (“Little Shop of Horrors”), Anita Morris (“Nine”) and Wayne Cilento (“A Chorus Line,” “The Act”). It is notorious for closing in previews and never officially opening. However, it was recently performed in a concert setting at Feinstein’s/54 Below. 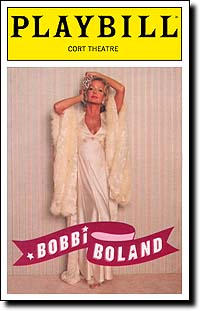 The original 2001 Off-Broadway production of this play ran for four months. The planned Broadway transfer in 2003, a star vehicle for Farrah Fawcett, shuttered after only seven previews.

This 2008 musical by Nick Blaemire transferred from the Signature Theatre in Arlington, Virginia, to the Circle in the Square Theatre in New York City. Despite positive reviews from its run in Virginia, the dismal ticket sales in New York closed the production after a single performance.

6. ‘A Teaspoon Every Four Hours’

This 1969 comedy play by Jackie Mason and Mike Mortman set a record at the time for having the most previews on Broadway, opening (and closing) after 97 previews and a single performance.

One of the most notorious flops on Broadway, this musical based on the eponymous Stephen King novel closed after 16 previews and five performances. The show continued to live in infamy until a 2012 Off-Broadway revival, starring Marin Mazzie and Carmen Cusack, saved the work from oblivion.

This 1969 Lionel Bart adaptation of the eponymous Fellini film starred Larry Kent (“West Side Story”) and Bernadette Peters in one of her earliest Broadway musicals. Bart never went to New York to assist with the rehearsals, and the musical was doomed to only one performance.

This musical, based on the Nick Hornby novel of the same name, was the first Broadway show for Amanda Green and Tom Kitt. With a cast including Will Chase (“Nashville”) and Jenn Colella (“If/Then,” “Come From Away”), the musical closed after 13 performances.

Arthur Bicknell’s legendary 1983 Broadway flop closed after a single performance. A self-described “mystery farce,” the play is now used as a comparison to how awful a Broadway play can be. However, it is produced by many community theatres.

This 1986 musical starring Dean Jones (“Company”) tells of a physicist who wants to know the truth behind the Shroud of Turin. It closed after 13 previews and six performances.

Written by the same team that wrote “Bye Bye Birdie,” this 1981 sequel to the aforementioned show closed after four performances. Chita Rivera, who played Rose, received the musical’s only Tony nomination.

This 1981 play by Victor Gialanella, based on the classic horror novel, starred John Carradine, David Dukes (“Amadeus,” “Bent”) and Dianne Wiest (“Bullets Over Broadway”). It closed after 29 previews and a single performance. It has since found a second life (no pun intended!) in community theatre.

This 1976 musical, loosely based on Homer’s “Odyssey,” was written as a vehicle for Yul Brynner (“The King and I”) and also starred Joan Diener (“Man of La Mancha”) and Martin Vidnovic (“Brigadoon” revival, “Baby”). The show’s closing notice was posted as soon as the first performance ended.

Did we leave out one of your favorite flops? Let us know in the comments below…