Twitter: A magical place where theatre nerds can follow the every-day lives of their favorite thespians. While tons of performers have jumped on the tweeting bandwagon, these five Broadway stars are killin’ it in 140 characters: (#goals #flawless) 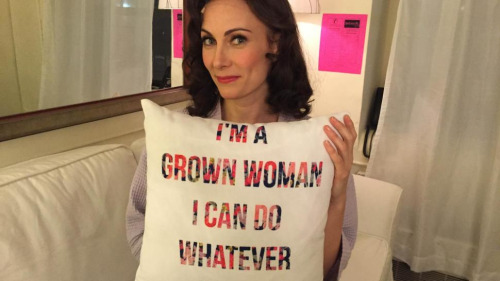 When it comes to social media, She Loves Me star Laura Benanti is just like you. As Broadway’s unofficial Queen of Twitter, her tweets are all about food (“I managed to spill chocolate all over my hotel sheets. I’m gonna leave the cleaning people a note that simply says “NOT POOP.””), being famous (“Literally every single time a clean handsome man is checking me out it’s a gay man who loved me in Gypsy”) and the finer things in life ( “I JUST SAW A MAN KICK A RAT WHAT IS HAPPENING WHAT DID THAT RAT EVER DO TO YOU SIR FOR ALL YOU KNOW HE COULD BE AN AMAZING CHEF IN PARIS.”). If you’re not following @LauraBenanti you’re just doing Twitter wrong. 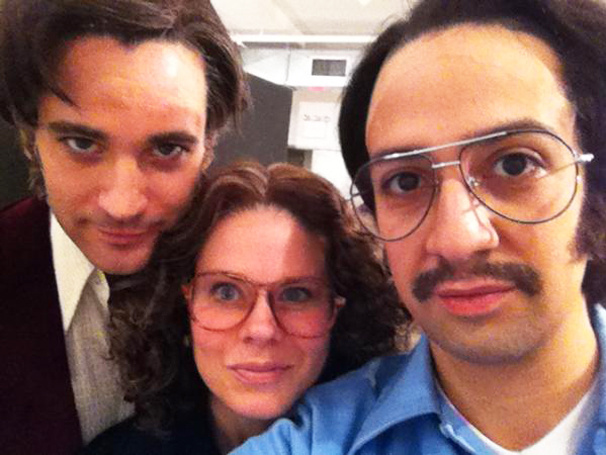 Fans of Hamilton (okay, so, basically everyone) have had a field day watching this musical come to fruition through the virtual eyes of Lin-Manuel Miranda. As an avid tweeter, Miranda is known for posting hilarious behind-the-scenes photos, relatable tweets about life, stories of people mistaking Hamilton for Hamlet and even writing 140-character raps. It’s safe to say this superstar will be up to more big things in the future, and we’re tuning into @Lin_Manuel for the inside scoop. 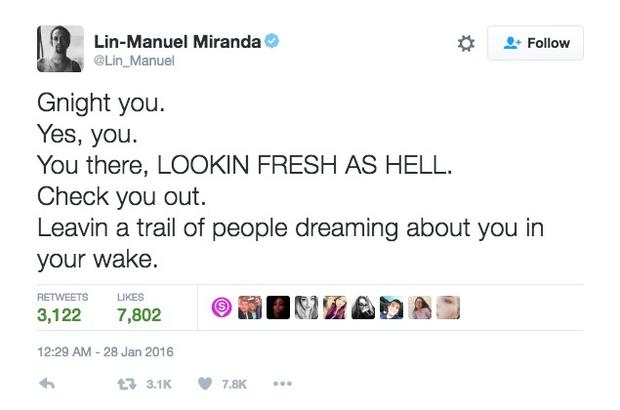 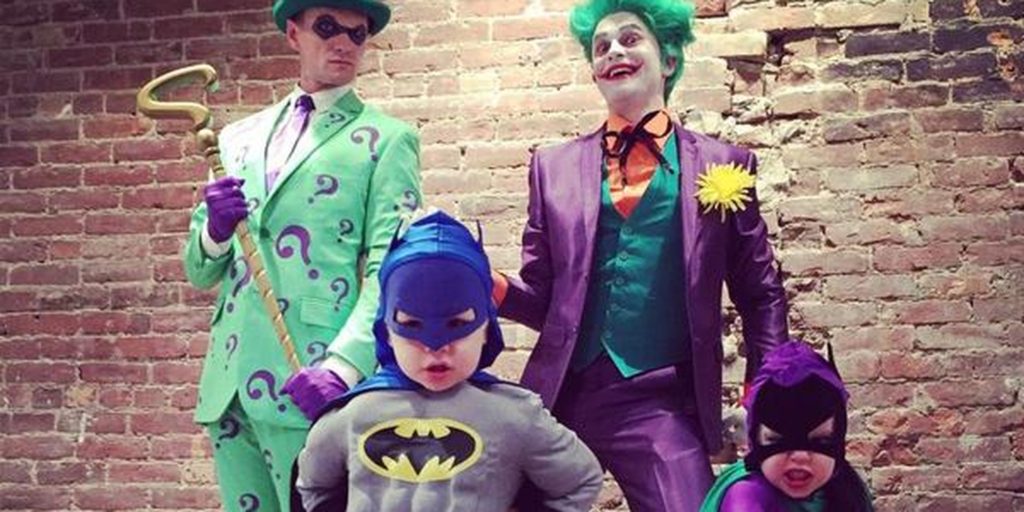 For years, this A-lister (and Hedwig and the Angry Inch star) has been open about his love for the arts. He frequently tweets about shows he sees in NYC, ways to give back to charitable organizations and recipes he loves (husband David Burtka is a professional chef). NPH is also certainly not shy about sharing photos of his adorable kids, Harper and Gideon. For this reason alone, anyone not following @ActuallyNPH is missing out on serious cuteness overload. 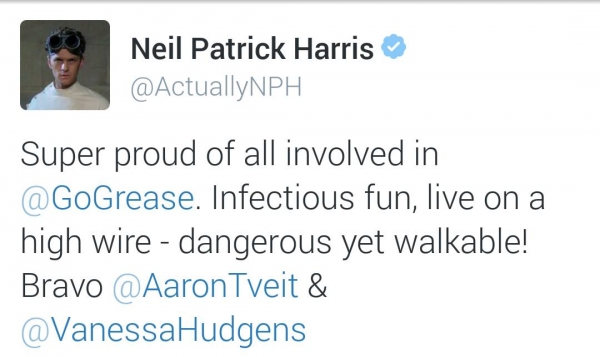 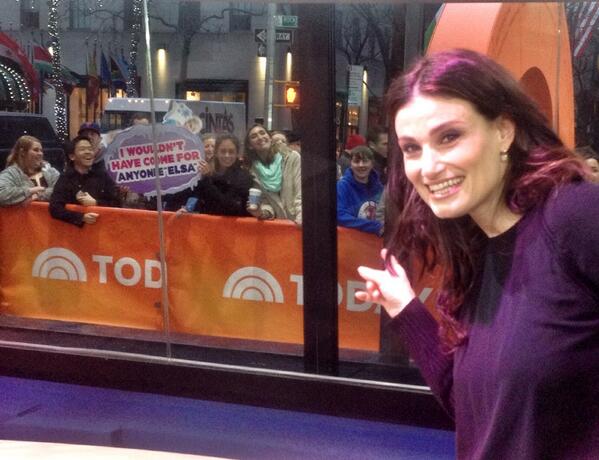 When it comes to ‘real talk’, Idina Menzel is your girl. The Wicked fav uses her account, @idinamenzel, not only to give the 411 on projects and concerts, but to respond to her tweethearts with Twitter’s most adorable witty remarks. She’s a rockstar when it comes to replying to fans and we totally can’t get enough of that sassy sarcasm. 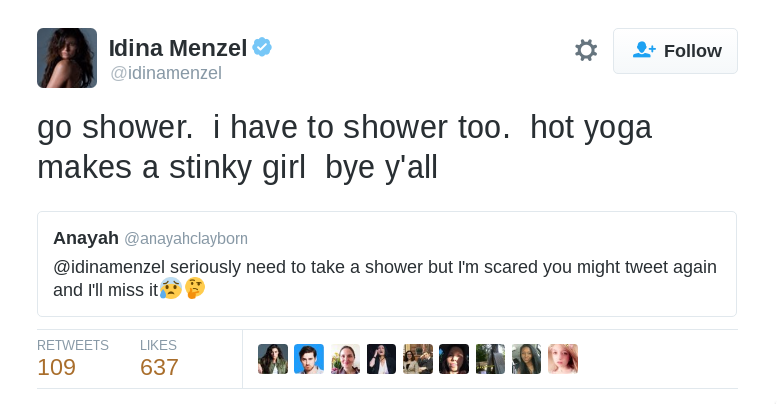 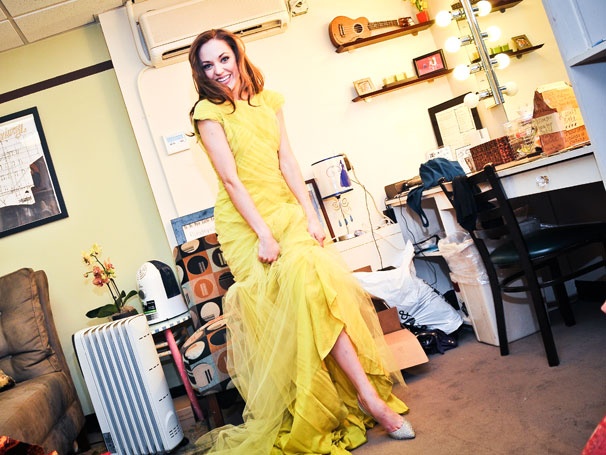 Just like every good theatre nerd, @LauraOsnes is all about fangirling. The Cinderella starlet spends her days tweeting about the latest shows on Broadway, encounters with her favorite Tony winners, cute dates with Broadway Style Guide photographer and husband, Nathan Johnson, and her many trips to her frozen yogurt haven, 16 Handles. We can’t help but love her posts about #Lylathedog and the fact that she geeks out about theatre just as must as we do!

Do you have a favorite Broadway star to follow on Twitter? Tell us in the comments below…