Venturing into the happiest place on earth means ordering one too many Mickey pretzels, riding Space Mountain a dozen times, and coming face to face with The Mouse himself – but it can also mean a wide range of live entertainment. While Walt Disney World in Florida and Disneyland in California both offer plenty of fun just by being in their respective parks (themed attractions, parades, characters and fireworks galore!), the resorts are home to a number of exclusive live theatre shows.

If you’re looking to add a dash of theatre to your magical vacation, check out these eight stage shows:

1. Beauty And The Beast – Live On Stage 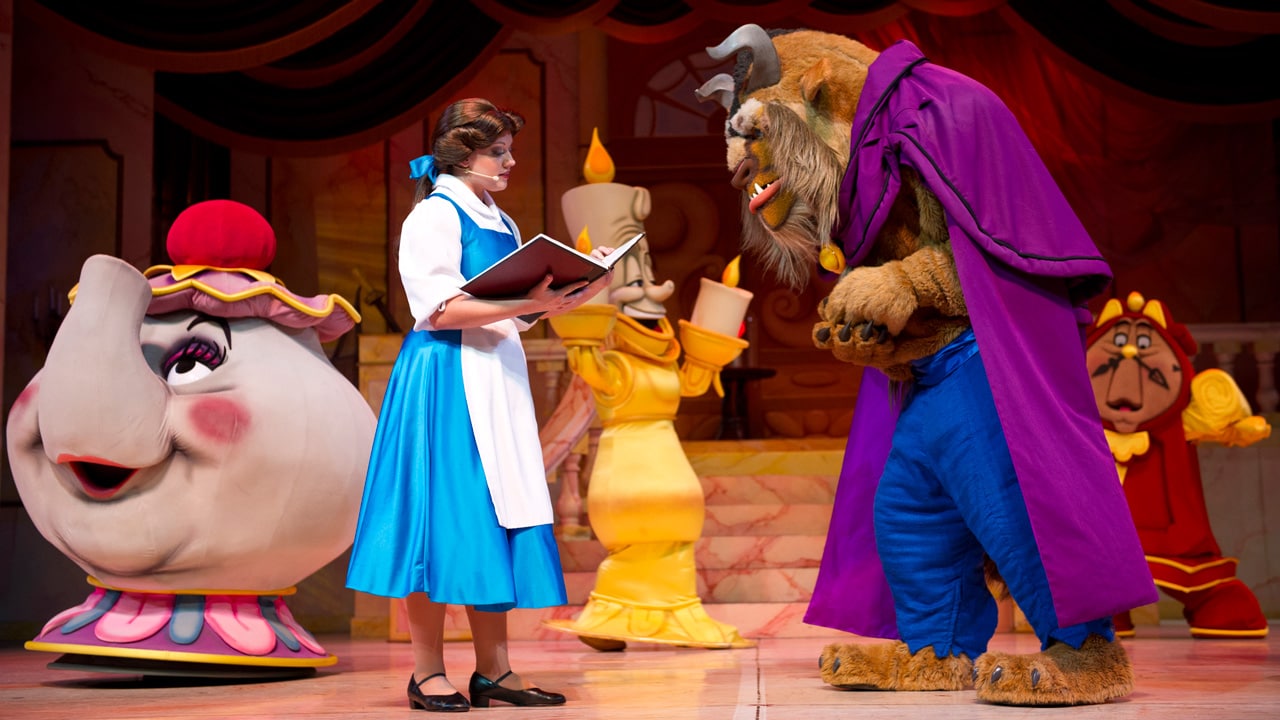 Set amidst the glitz and glamour of Disney’s Hollywood-themed park, “Beauty And The Beast – Live On Stage” is a 25-minute musical that brings the magic of the original film to the whole family. It’s the perfect quick theatre fix if you’re needing a break from long lines or simply need to recover after riding the park’s neighboring Tower Of Terror attraction. You won’t regret checking out this tale as old as time!

2. Festival Of The Lion King 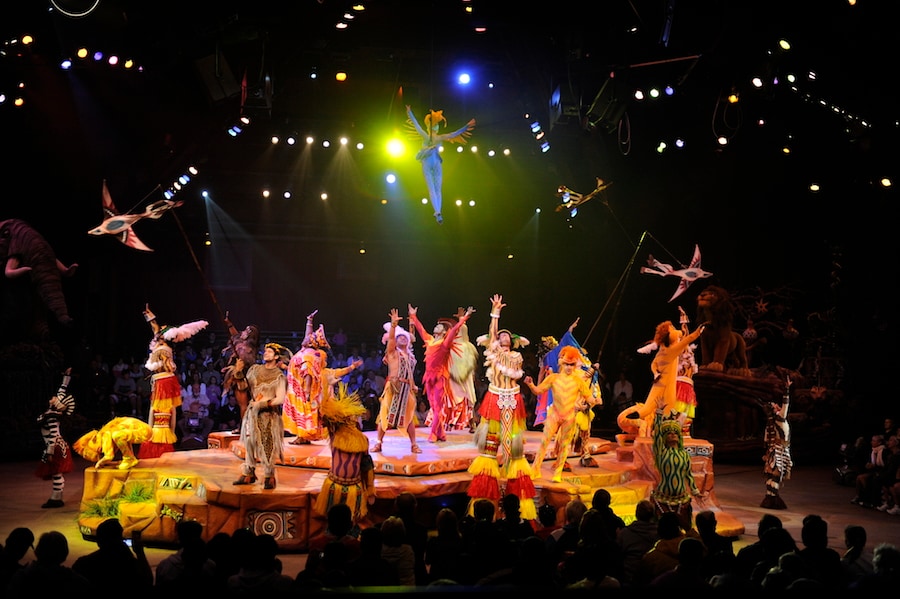 If “Hakuna Matata” is your vacation mantra, stop by the Animal Kingdom, Disney’s theme park celebrating the beauty of nature and wildlife. “Festival Of The Lion King” combines puppetry and a Broadway-style performance to pay tribute to one of Disney’s most classic films. 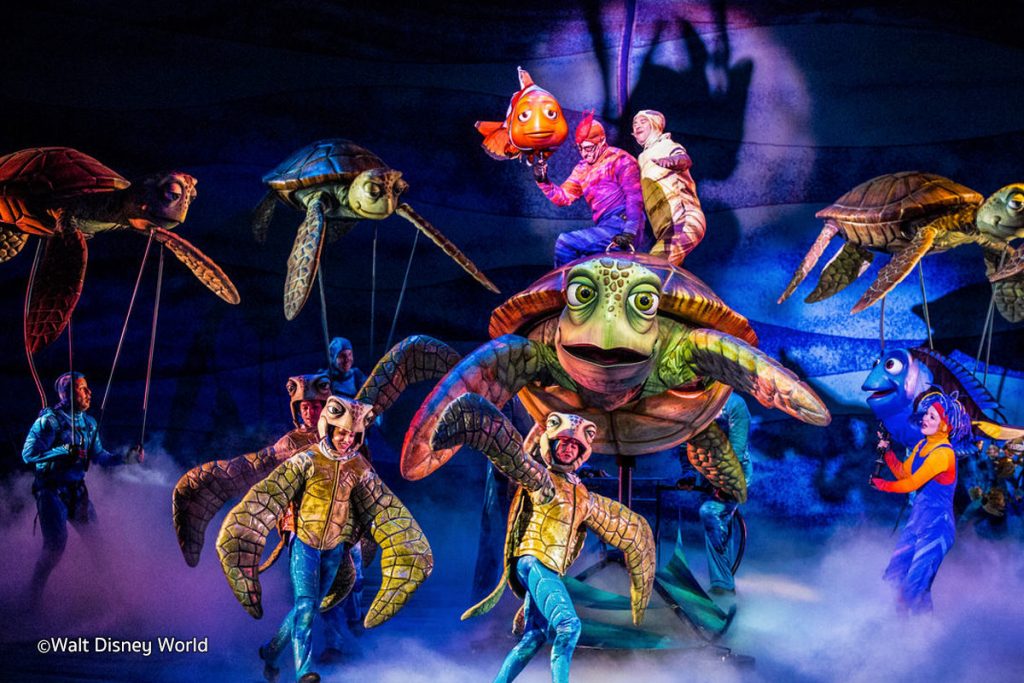 Children of all ages will adore “Finding Nemo – The Musical,” a colorful, visually-breathtaking stage musical tucked into Disney’s Animal Kingdom. It’s one of the resort’s longer live shows with a running time of approximately 40 minutes, and it’s the perfect entertainment if you’re looking to sit and enjoy some fun theatre.

4. For The First Time In Forever: A Frozen Sing-Along Celebration 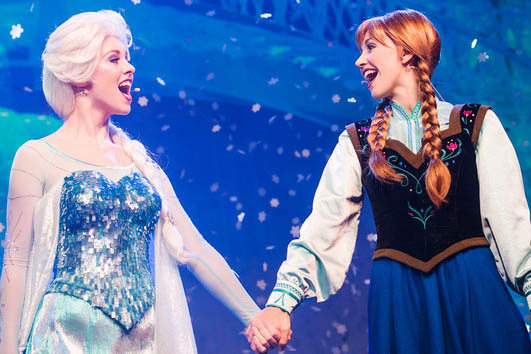 So you know the entire ‘Frozen’ soundtrack and just can’t let it go… If this is the case for you, Disney World’s adorable sing-along celebration is just your cup of hot cocoa. “For The First Time In Forever” is a fun live show (interspersed with visuals from the movie) that includes projected lyrics for your sing-along pleasure. In this audience, you’ll 100% find fans who do want to build a snowman. 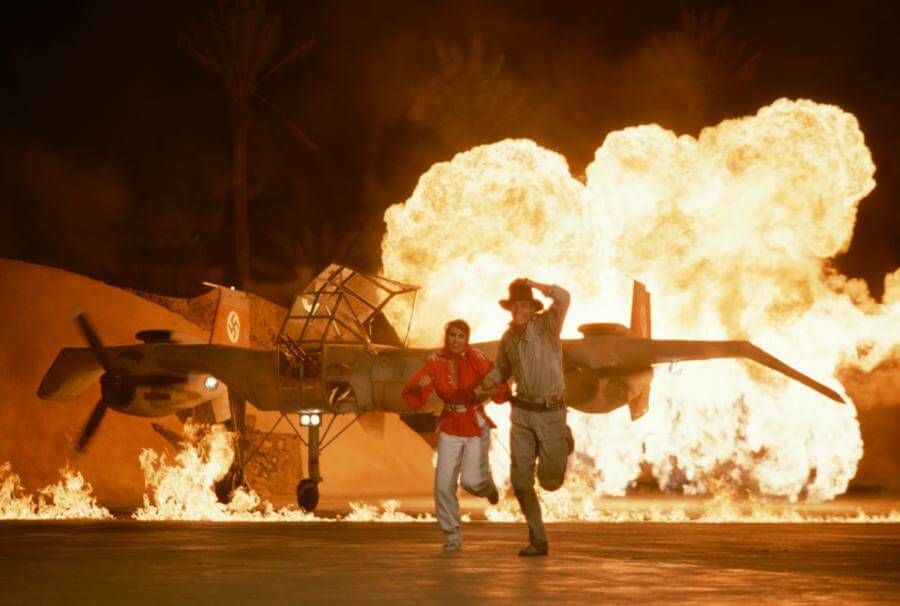 Fans of the famous adventurer will be in awe of Disney World’s popular “Indiana Jones™ Epic Stunt Spectacular!” showcase. Filled with explosions, chaos, bad guys and audience participation, this production centers around recreating the epic stunts and tricks from “Raiders of the Lost Ark.”

6. Voyage Of The Little Mermaid 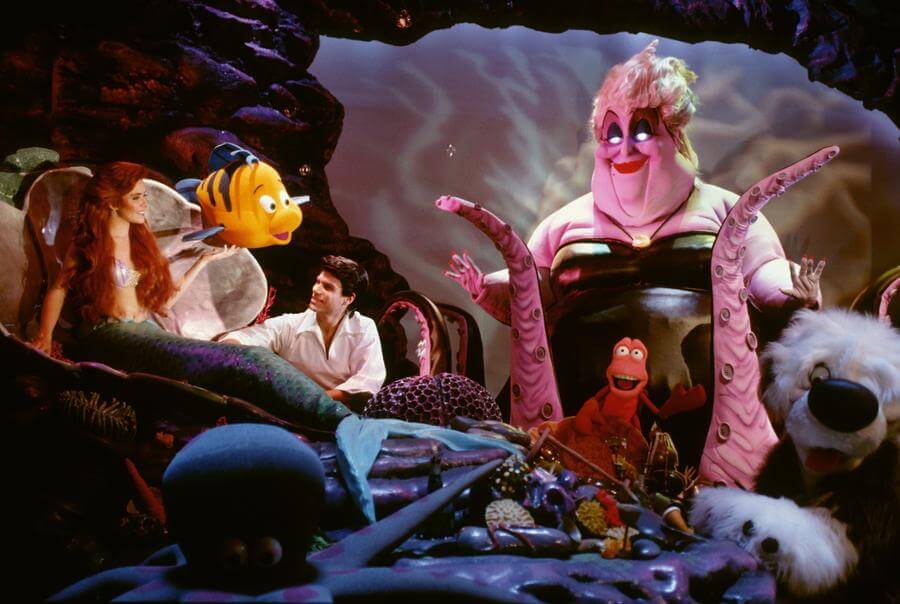 This brief 17-minute stage experience combines live performers and puppetry to uncover Ariel’s tale. Belting the movie’s most popular tunes, “Voyage Of The Little Mermaid” is a nostalgic walk down memory lane for anyone who spent their childhood wishing to be under the sea. 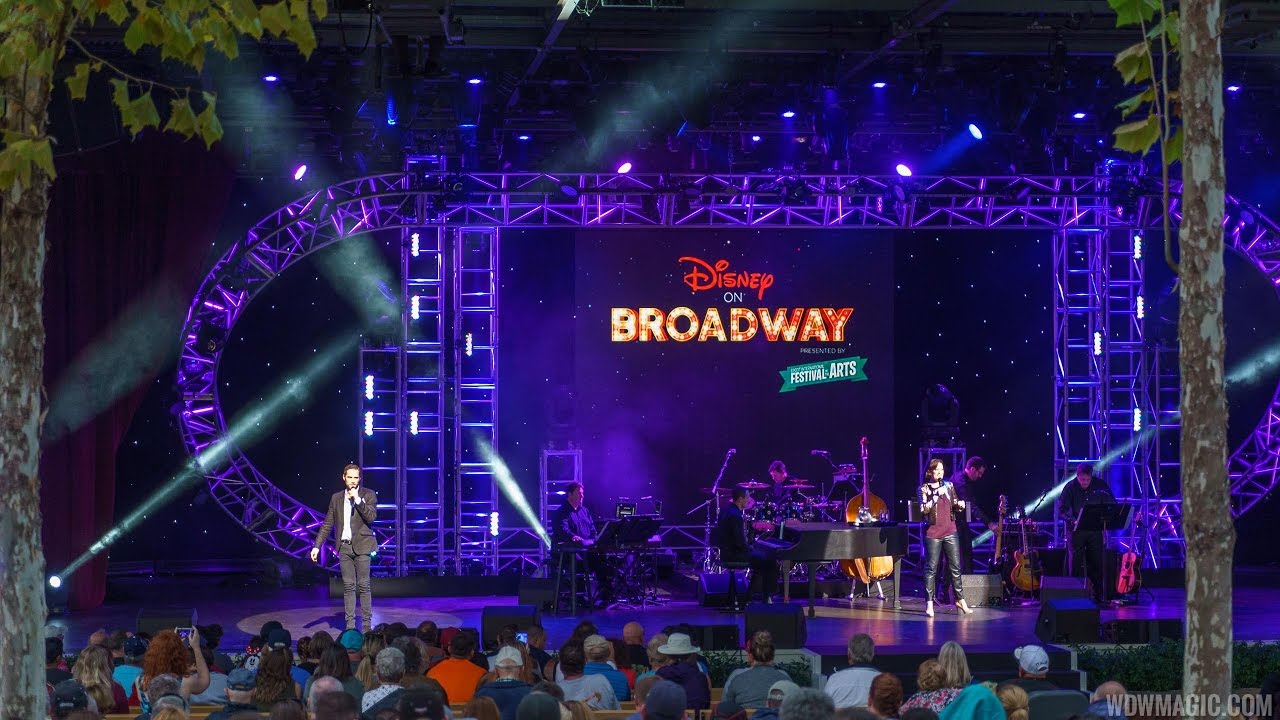 While the Broadway Concert Series at Epcot is available only a limited time during the park’s “International Festival Of The Arts”, it’s a must for Disney-loving theatre nerds. This year’s concert series included live performances by Broadway stars (and Disney alum) such as Adam Jacobs, Ashley Brown and more.

8. Frozen – Live at the Hyperion 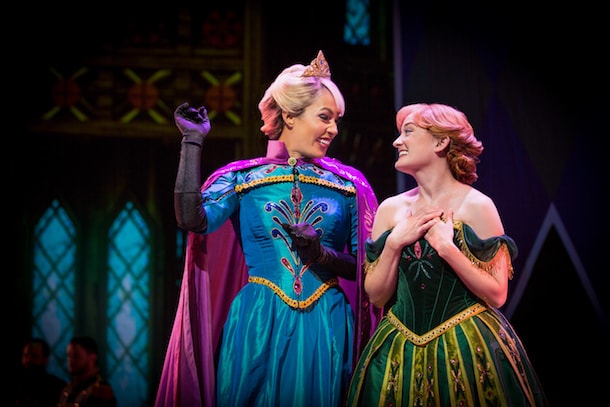 Immerse yourself in the kingdom of Arendelle with Disneyland’s stage spectacular, “Frozen – Live At The Hyperion.” This one-hour musical retelling of the film takes place in the California Adventure Park at the regal Hyperion theatre.

Have another magical show that you want to recommend? Share in the comments below!