With 11 Tony Awards in its back pocket and legions of fans across the world, Hamilton is nothing short of a Broadway sensation. Though America’s favorite historical rapper (Lin Manuel) is gone from the Great White Way, theatre fans (and the rest of the world) aren’t seeing the last of Alexander Hamilton. 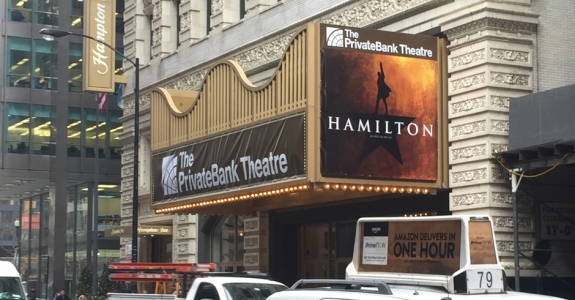 With an explosively popular run in New York City at the Richard Rodgers Theatre, Hamilton is now planting roots in Chicago. The long-awaited production will debut on September 27 at the PrivateBank Theatre.

A star-studded cast will take over the famed roles in this historical musical. Tony Award-winner Karen Olivo, who will be taking on the role of Angelica Schuyler, previously starred in Lin-Manuel Miranda’s Broadway hit, In the Heights. Joshua Henry, Chicago’s Aaron Burr, is known for The Scottsboro Boys and just recently graced NYC with his performance in The Last Five Years concert earlier this month.

3. It has taken over Twitter using the hashtag #HamiltonCHI. 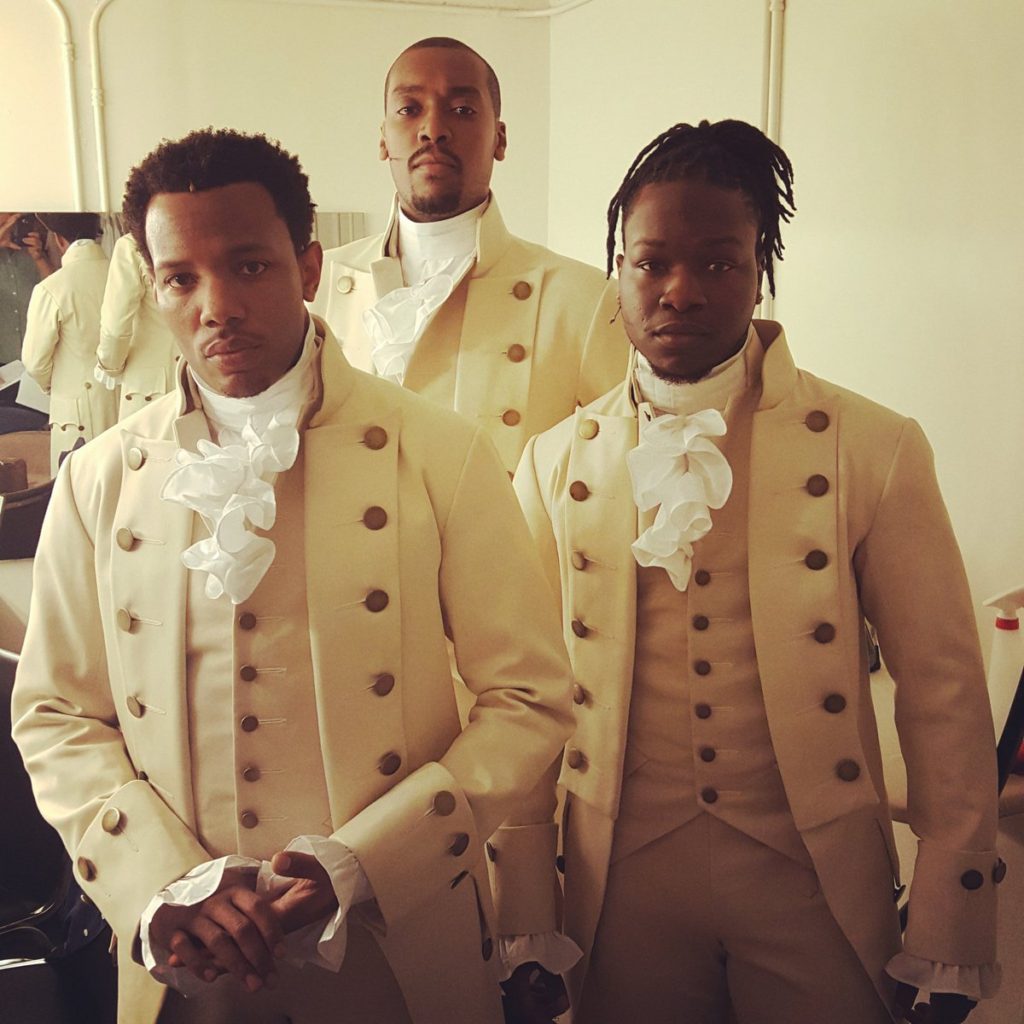 Miranda, cast members and enthusiastic fans have jumped on the #HamiltonCHI bandwagon. Click Here to see what the buzz is about.

4. Even Lin-Manuel Miranda is stoked to launch this new production. 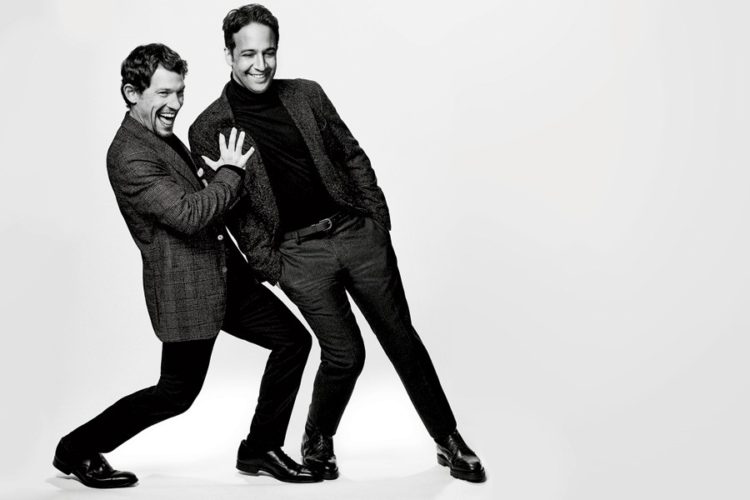 Though America’s favorite Founding Father will now be portrayed by Miguel Cervantes (known best for American Idiot, If/Then and Giant), Miranda has frequently spoken out about his excitement for the Chicago premiere. He even graced the cover of Chicago Magazine alongside Cervantes. Surely, it’s not the last time we see the show’s creator team up with this new adaptation. 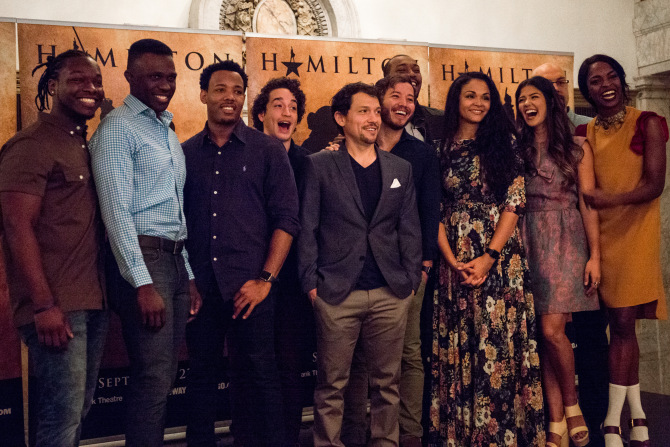 With the first 6 months of tickets selling out in hours, Broadway in Chicago has released another 6 months of tickets for this musical phenomenon. It’s obvious that this is going to be in Chicago for quite some time. Ticket buyers are coming from all over, even some New Yorkers who have given up on getting a Broadway ticket are making the trek. 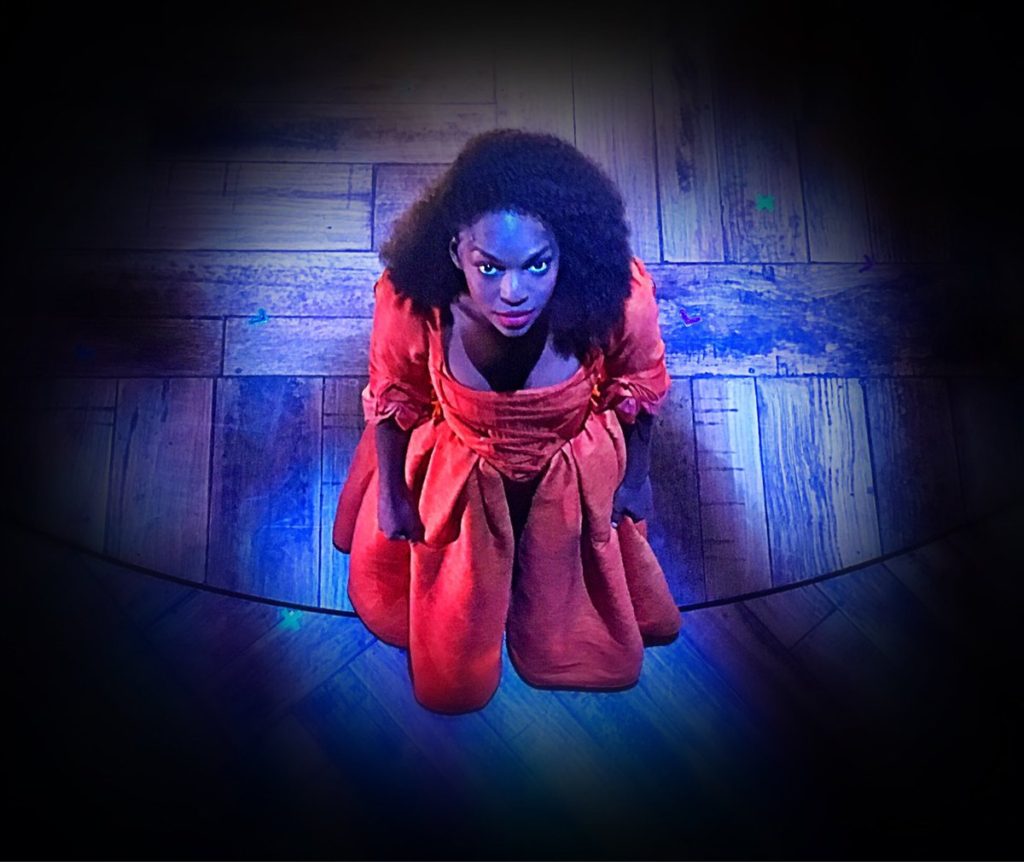 The cast has been on point with sending us teasers of this production. Seriously…if there’s anything social media is good for, it’s this. Plenty of cast and crew members have taken to Twitter and Instagram to share snippets of rehearsal in Chicago. (Way to make theatre nerds go insane!) 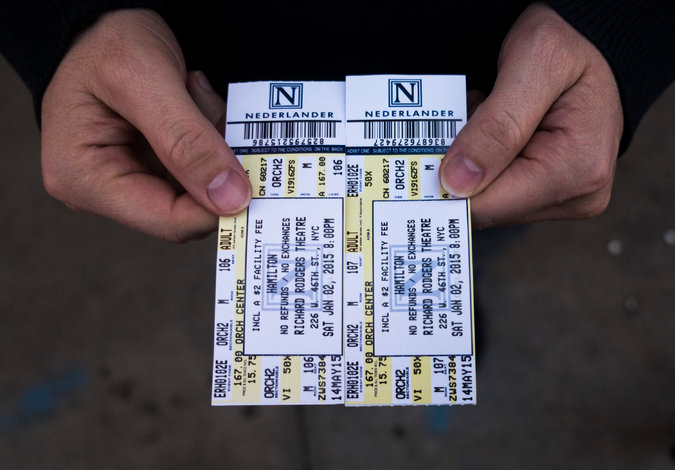 Okay, so your wallet still takes a hit, but a significantly smaller hit than buying a ticket in NYC. The average ticket prices to Hamilton in Chicago are between $65-$180, with premium seating up to $500 a pop. All things considered, a relatively cheaper ticket than the big apple. We theatre nerds can now just sell our blood instead of a kidney…a small price to pay to the theatre gods.

8. There’s even a digital lottery happening (just like in NYC!)

#HamiltonCHI still too expensive? This week, Broadway in Chicago announced the opening of a #Ham4Ham lottery, which allows show-goers the chance to vie for $10 seats. Prior to select performances, 44 lucky winners will be chosen to enter “the room where it happens.” CLICK HERE to enter the digital lottery.