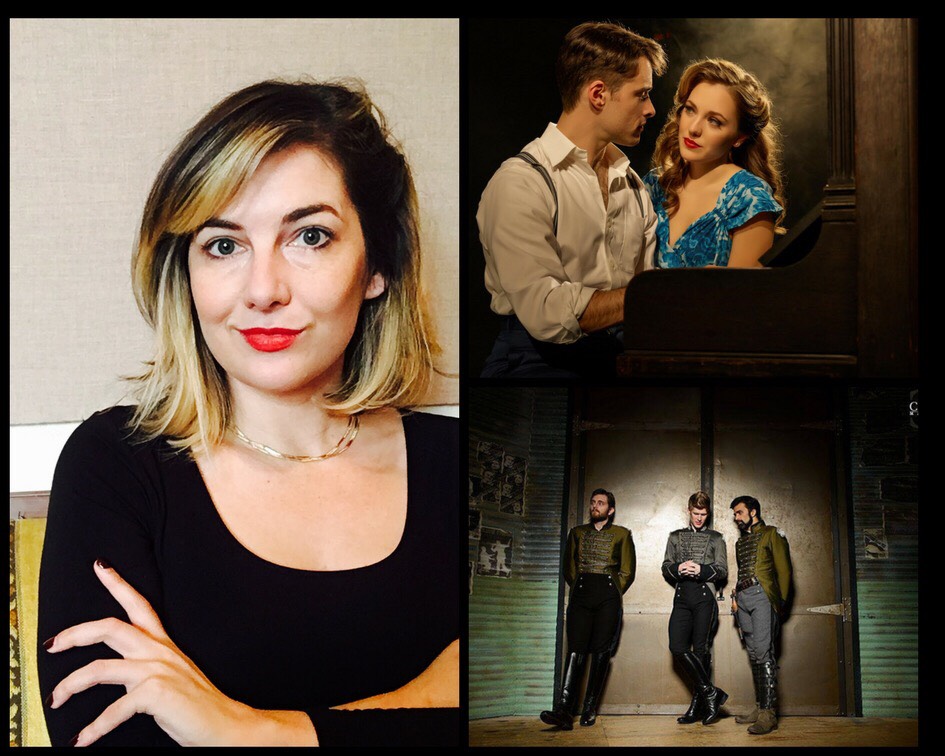 We at Theatre Nerds are thrilled to feature an interview with costume designer Paloma Young, especially since she was just nominated for another Tony Award! Young currently has two shows running on the Great White Way: “Natasha, Pierre and the Great Comet of 1812” (for which she was nominated) and the recently opened “Bandstand,” which has a very unique accolade. Young’s inspiration behind “Bandstand” is truly personal, and her candor about her work process and advice for both costume designers and actors is not to be missed.

Theatre Nerds: What led you to costume design? 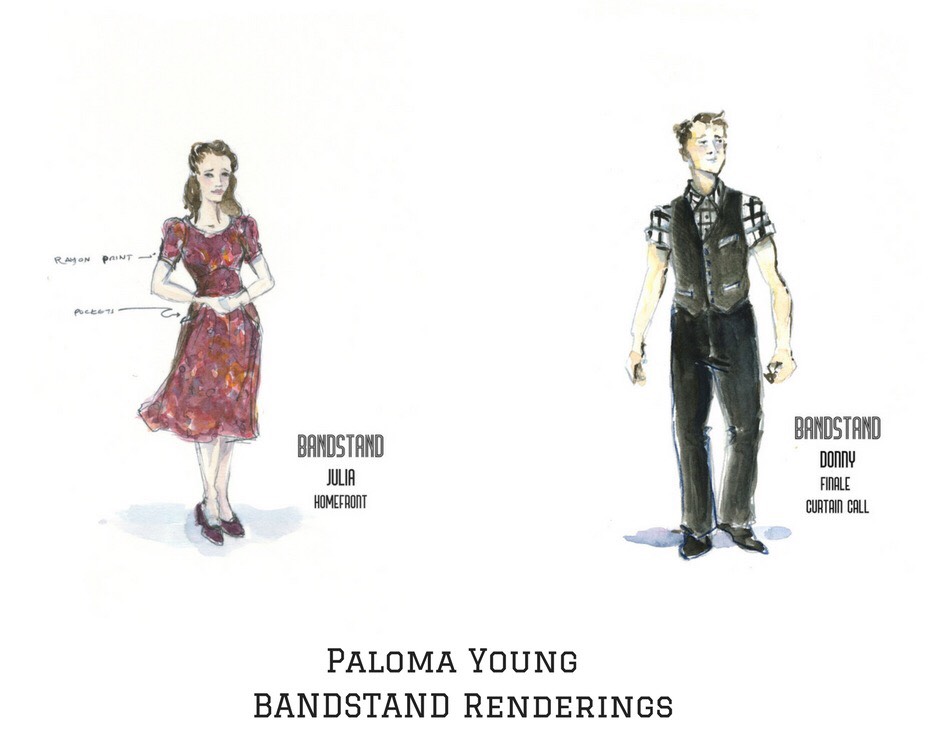 Young: A love of history and storytelling. I’m a really bad actor.

TN: Can you explain a bit about the creative process and research needed in designing for a Broadway show? 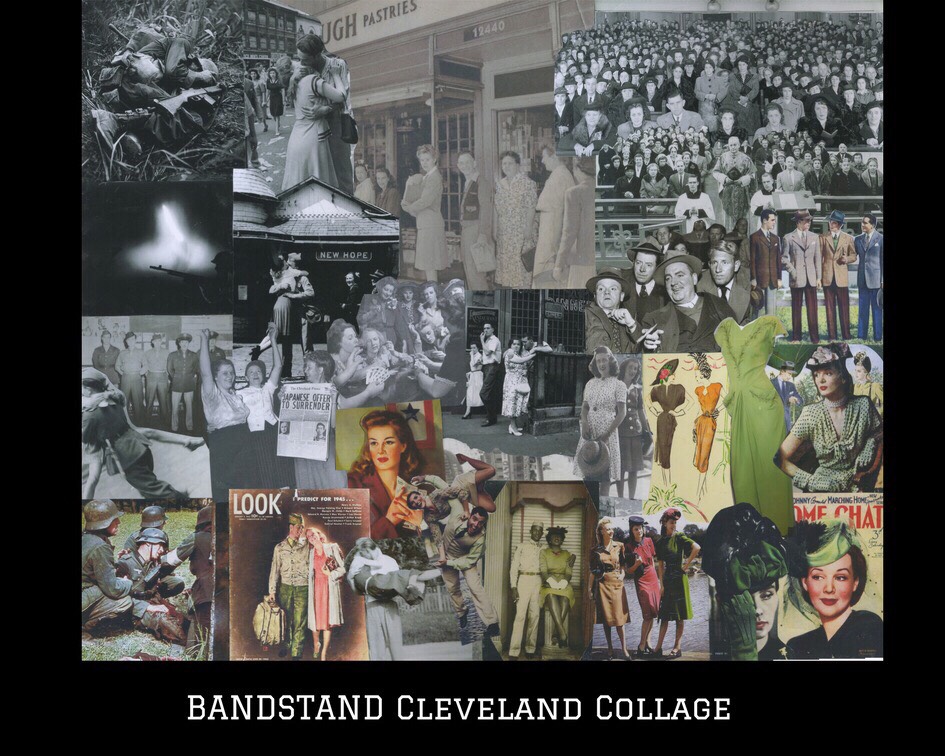 Young: Every show calls for a different approach, but in general, I do a lot of research. I look for books of museum catalogs for real period details or portrait collections. I also look at art and photographs to start to put together a certain mood and palette for the show. I sometimes do collages to have these to reference as I build the show.

For build items, I do a rendering. For shopped looks, I sometimes only have a collage and a shopping list because I know the look is going to be designed on the actor in the fittings. I also work with drapers and tailors who suggest certain period details like seaming or hidden pleats that might be a nice additions to the design. I really like to have an open dialogue with all my makers.

TN: I would imagine working as a designer requires a great team of helpers. Do you have assistants that help bring your vision to life? 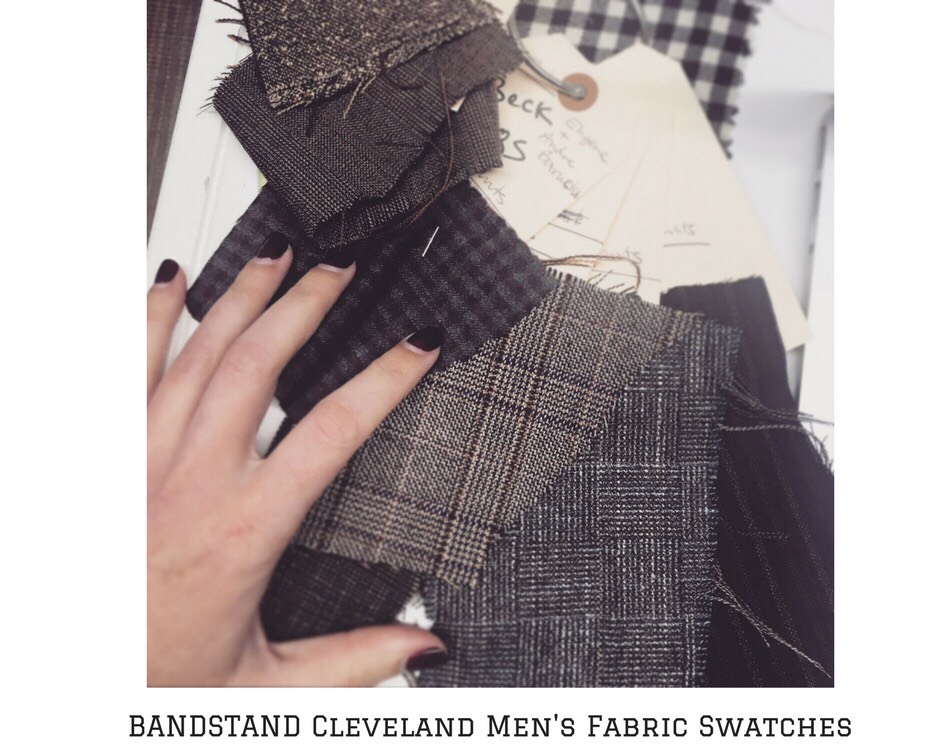 Young: Absolutely! Usually, one who does all the paperwork and assists with shopping for an Off-Broadway show, and four to six assistants for a big Broadway show. Often, reams of responsibility are given to specific people: shoes (for a dance show), swatchers*, shoppers.

*  “Swatchers” is costume language for those who go out and look for fabrics to use in building the costumes.

TN: What inspires you to pursue specific projects? 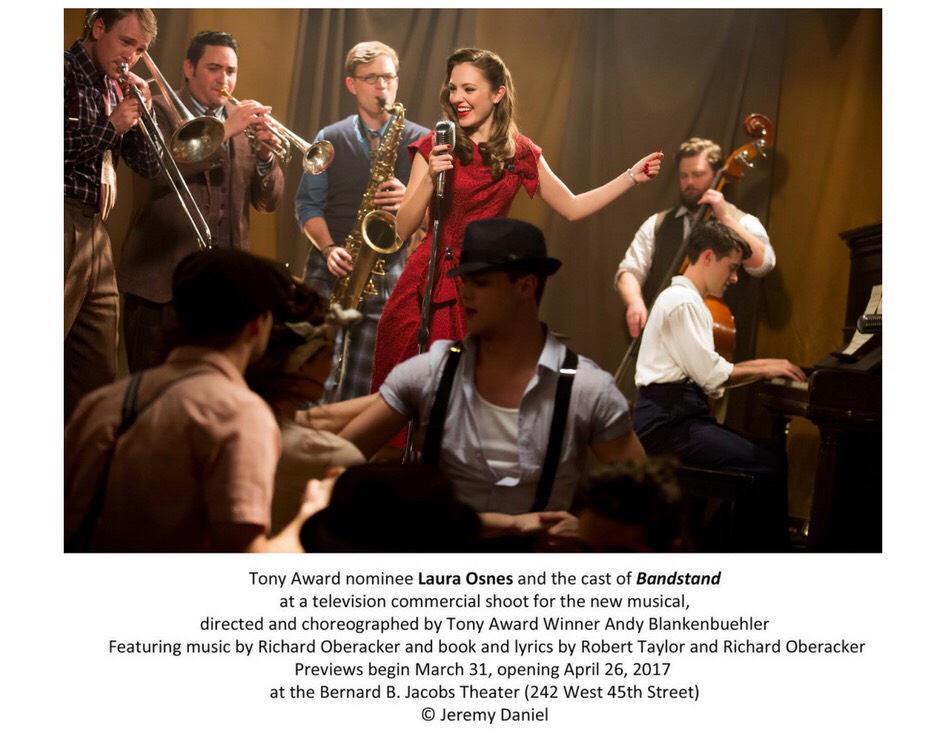 Young: If it’s a musical, will I want to hear the music over and over again? If it’s a play, do the characters feel like people I’m interested to know more about?

TN: How do you look for work as a designer? Do you pitch? Do people find you? 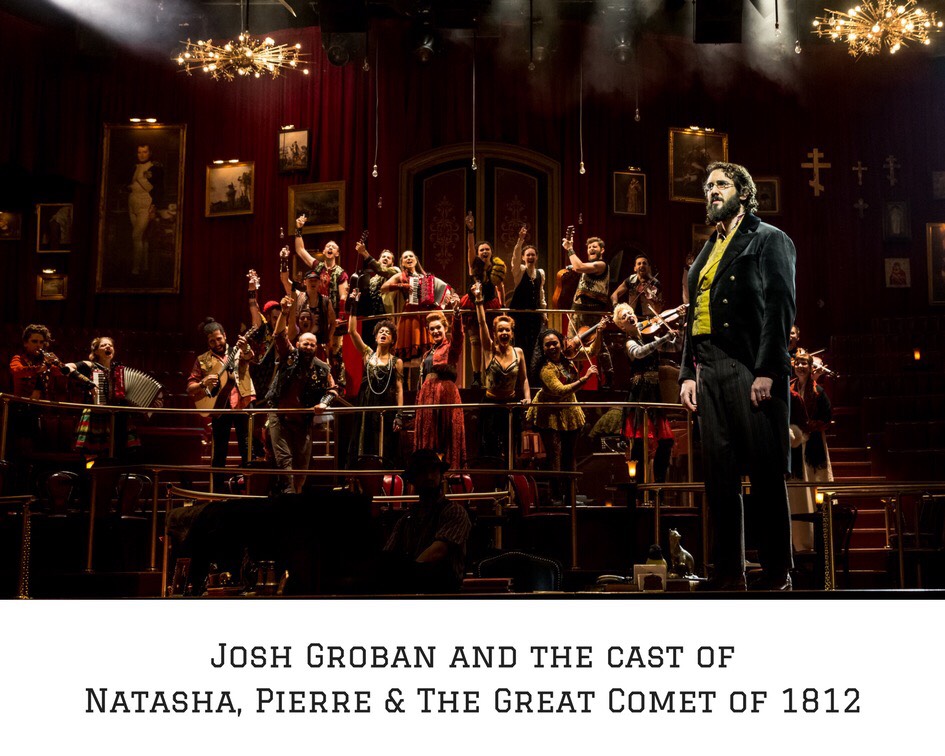 Young: Usually, I get called in by a director who I’ve worked with or had a colleague recommend me. Sometimes, I know the producers and creative team have been given a handful of designers to look at, so I read the script and might pitch them with a few images and general ideas about how my aesthetic might be a good fit for the show. There are no open calls for designers. You have to just work with as many people as possible, so as they move up in their careers, they’ll bring you along. 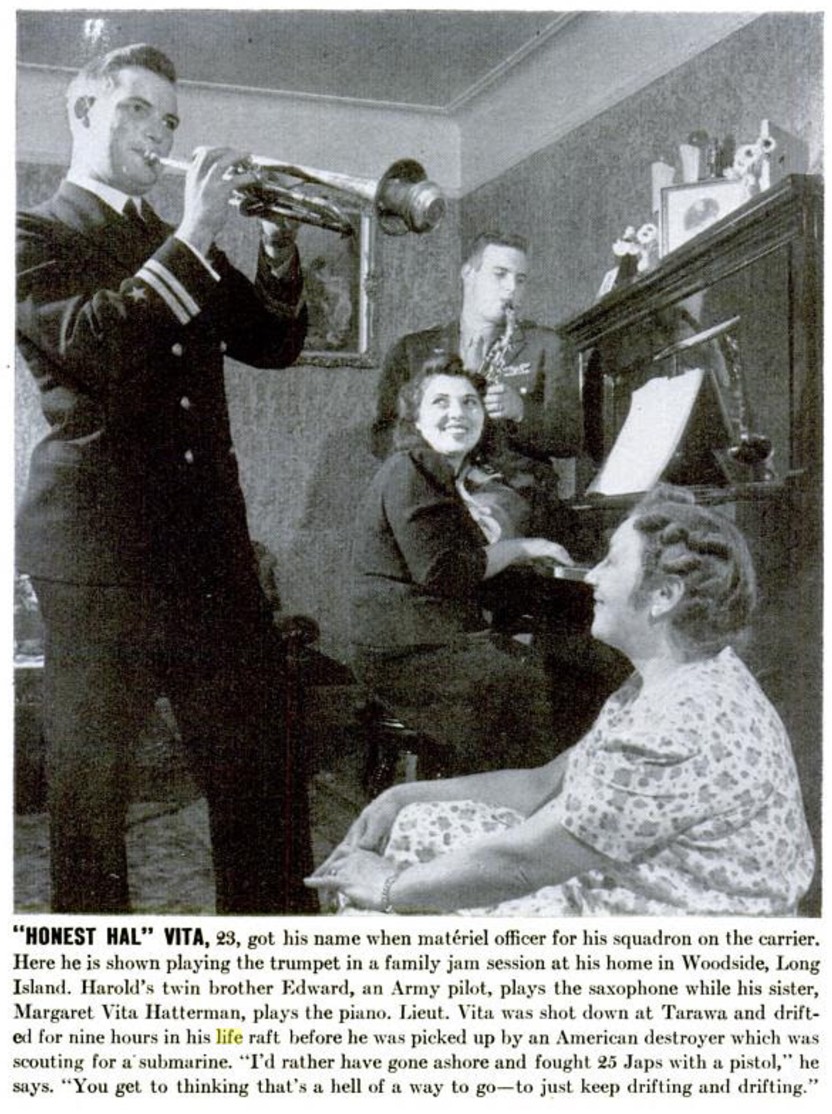 Young: My grandfather, Hal, was a Navy Pilot in World War II and also a trumpet player/music lover. Even though the musical has a poetic shape and dancers who sometimes represent things other than people (survivor’s guilt, musical instruments, confidence, etc.), I really wanted to make a world where everything felt authentic to these characters who were representing the experience of real veterans. I looked at photos of VA halls and old LIFE magazines to look for details that made these actors feel unique, imperfect and real. I’m really thrilled that “Bandstand” is the first production to be “6 Certified.” “Got Your 6” bestows this seal to pieces that contain a representative and balanced depiction of veterans.

TN: Any advice/inspiration for those wanting to become a costume designer?

Young: Do other things first! Study people, study art, study history, be a waiter or any kind of office role. Without a round life experience, it’s hard to slip into so many different kinds of mind — you need to be a master of understanding why people wear what they wear, not what they should wear to look pretty. It’s real-world knowledge you can apply to kings and janitors equally.

TN: Any advice for actors when they are in a show and working with a designer making costumes for them? 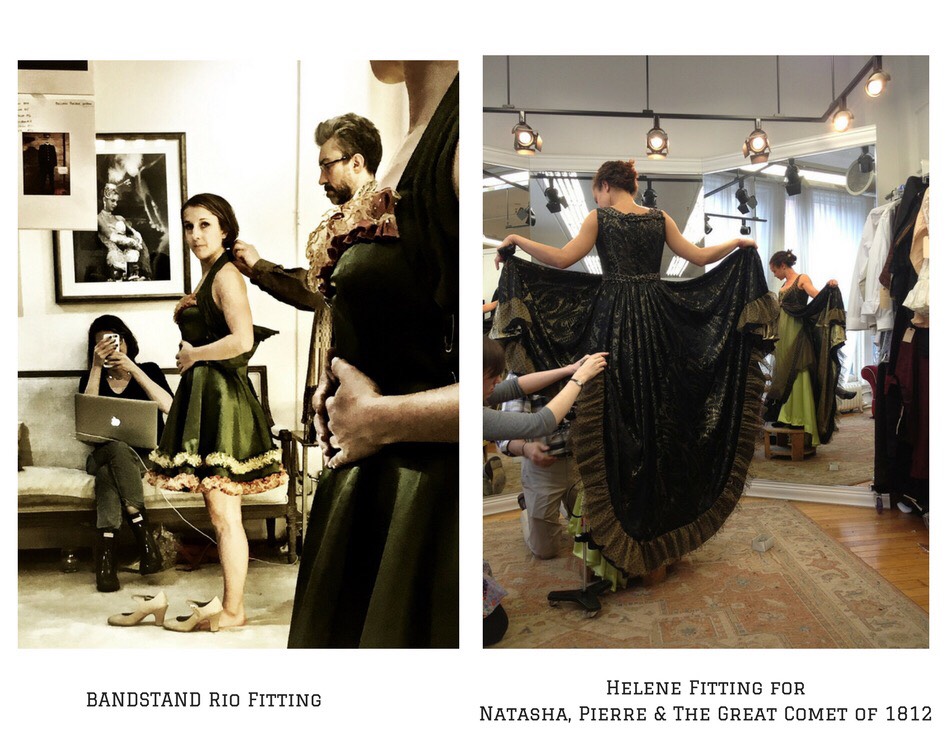 Young: Always be polite. Ask questions about choices you don’t understand instead of saying, “My character would never wear this.” If we know you are trying to understand how we’ve been picturing the character, then we will be willing to hear you might have arrived at differing motivations and be interested in collaborating and finding the character (and their costumes’ looks) together. Always tell a costume designer when any element of your costume is really working for you, that it helps you step into the role or that it makes you feel beautiful, etc. Positive feedback is always good in collaborations! And finally, don’t think shoes that pinch a little will get better in performance. So many green actors want to be a people-pleaser and try to make uncomfortable things work. It can lead to injury and grumpy designers who don’t have money for a new pair of shoes.

New York-based since 2008, Young designs costumes for plays and musicals locally and globally. Her work has been described as “witty, period-scrambling” and “marvelously inventive.” Thematically varying by show, her designs are strongly built on collage and steeped in the “something old, something new” ethos of punk irreverence. She balances modern dress projects with period and fantasy pieces, with a strong focus on character psychology and historic sociological influences in every genre.

Some of her work includes “Peter and the Starcatcher,” for which she received a 2012 Tony Award, “Natasha, Pierre and the Great Comet of 1812” (now running on Broadway and the recipient of the Lucille Lortel Award and Drama Desk nomination for earlier incarnations Off-Broadway) and “Bandstand,” currently running at the Bernard Jacobs Theatre.

In education, Paloma has taught several courses on costume and production design while supervising undergraduate designers at UC San Diego. She also developed curriculum for a new class about technology and the body in performance. She has been a university guest lecturer and participated in lectures about design and sustainability for educators and elementary students.

Her work and process can be seen at www.palomayoung.com