Summer is a great time for the beach, vacationing and Shakespeare. Though the Bard is not typically associated with summer, there are tons of Shakespeare festivals that take place around the country between the months of May and September. These festivals offer a great range of Shakespeare’s work, with amazing productions of both the classics and some of his lesser-performed plays. These festivals give people the opportunity to enjoy his work outdoors for relatively low prices and to be surrounded by other Shakespeare enthusiasts.

Here is a list of places where you can catch some of Shakespeare’s work this summer:

1. The Shakespeare Theatre of New Jersey

This theatre company has been around for over 20 years and is highly devoted to the classics. It has Shakespeare shows happening all year, but it has a great selection during the summer months, boasting both an indoor and outdoor stage. This year, the company is performing “The Merchant of Venice,” “A Midsummer Night’s Dream” and “Shakespeare in Love.” If you choose to see a show performed on its outdoor stage, you can bring a beach chair, food and drinks as you relax and watch the Bard’s work. Also, tickets for all shows are under $70.

2. Shakespeare in the Park 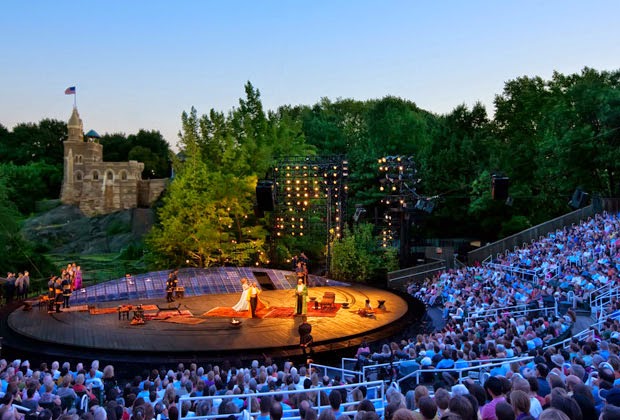 Each summer, The Public hosts two Shakespeare shows. These shows sometimes take modern and experimental twists on classics, but you can always count on a great production. There are also many stars who perform in these shows. Lily Rabe, James Earl Jones and Jesse Tyler Ferguson are just some big names who have graced the stage over the years.

This summer, you can find Annaleigh Ashford, Danny Burstein and Phylicia Rashad in “A Midsummer Night’s Dream.”

The best part about Shakespeare in the Park is that tickets are completely free. The only downside with this one is that if you are not a member of The Public, you do need to get there quite early to snag tickets. Tickets are also available through a lottery system on TodayTix.

As an extra bonus, if you are a complete Shakespeare nerd, the Shakespeare Garden is located right near the stage. See if you can find all the quotes scattered throughout the flowers. 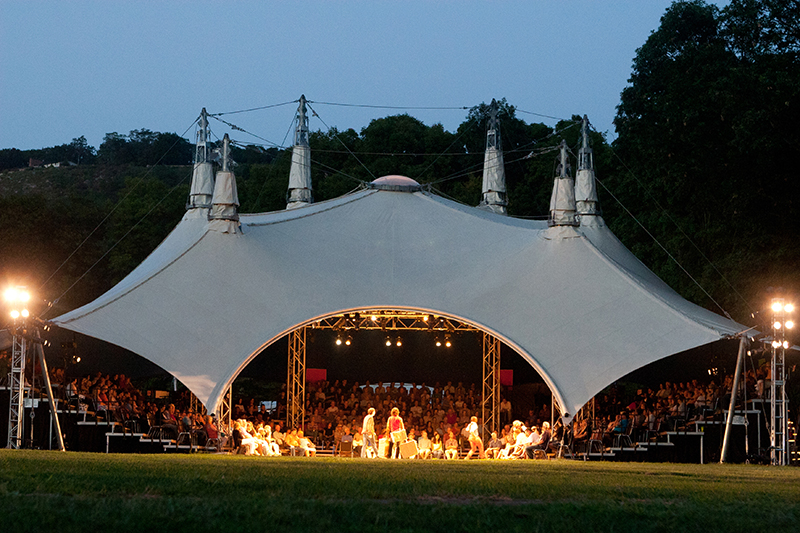 Located in Garrison, New York, this outdoor theatre has a series of Shakespeare plays that run through the summer. The scenery of the Hudson Valley is beautiful at this location. There is a garden to walk through, a gift shop and a lawn you can have a picnic on before the show. If you are lucky enough to go on opening night, the theatre usually has free food and a band playing before the show.

Though the performance is held outdoors in an intimate tent, some productions of Hudson Valley Shakespeare Festival are traveling. Depending on the show, there are a bunch of locations where it can be seen in New York. Along with some of the classic show’s, this year’s season also features an original work, “The Book of Will.”

Known for its commitment to celebrating and exploring Shakespeare’s work, this festival offers a number of plays and educational programs throughout the summer. Having started in 1958, the Colorado Shakespeare Festival is the second-oldest Shakespeare festival in the country. This summer, it will be celebrating its 60th season.

This festival will have a whopping five Shakespeare shows playing from June to August, including “Hamlet” and “The Taming of the Shrew.” 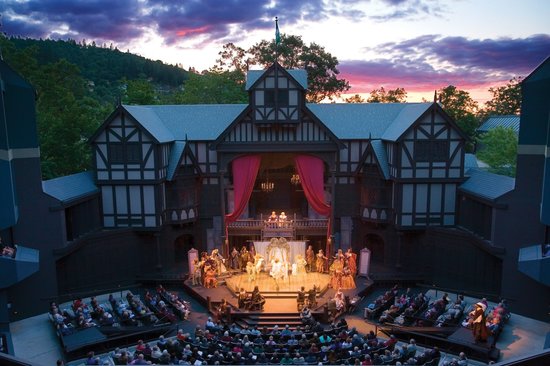 In Ashland, Oregon, this festival not only runs in the summer months, but is actually around from February through November. Its goal is to present as many pieces of work as possible nearly year-round. It has two indoor stages and one outdoor stage that opens in June. The outdoor stage is beautiful, with a real Elizabethan feel. The Oregon Shakespeare Festival has six plays going on this summer, including “Julius Caesar” and “The Merry Wives of Windsor.”

The Pennsylvania Shakespeare Festival has been around for about 25 years. It offers brilliant productions of the Bard’s work and performs musicals, world classics, contemporary comedies, dramas and children’s shows. Along with its regular plays and musicals, this festival offers an hourlong show about Shakespeare just for kids. On the mainstage this year is “As You Like It” and “Troilus and Cressida,” running from July through August. 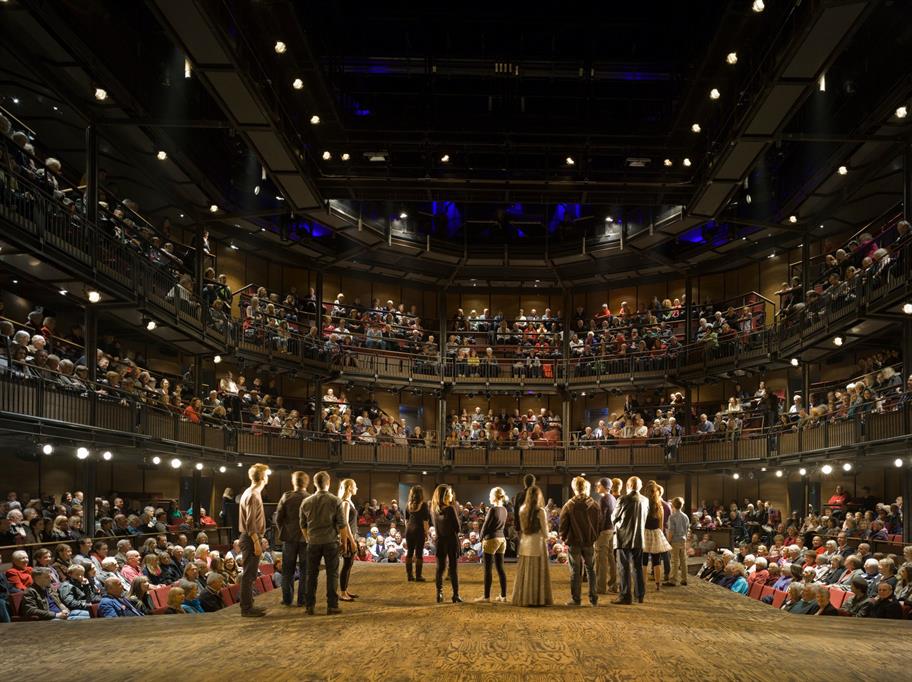 Yes, this one is definitely a bit of a stretch, but where better to see Shakespearean shows than where his work originated? ‘Tis the season to travel or take that Shakespeare summer course you’ve heard so much about!

There are a ton of different places in England to see his work. There are usually at least a couple shows playing on the West End in London. Then, of course, there is the Shakespeare Globe, which has productions year-round.

If you want a full Shakespeare experience, you can also travel to his birthplace, Stratford Upon Avon. This town is filled with Shakespeare tours galore and is home to the Royal Shakespeare Company.

Are you going to try to see some Shakespeare this summer? Let us know in the comments below…