Our days of summer sun might be coming to an end but you don’t need to toss out that reading list quiiiiiite yet. Lucky for Theatre Nerds (more specifically “Hamilton” fans), there’s a new book hitting shelves this September based on the life of one Eliza Hamilton.

There are seven things you need to know:

1. As you’d expect it’s all about Eliza Hamilton. WORK!

Susan Holloway Scott’s latest read speaks for itself. ‘I, ELIZA HAMILTON’ chronicles the life and impact of Alexander Hamilton’s leading lady. While the ten-dollar Found Father may be the centerpiece of our favorite musical, it’s no doubt that Eliza is a pretty epic heroine. This book sheds light on her complex marriage to George Washington’s right-hand man, as well as her extraordinary work in shaping our country.

2. Hamilton’s life is shown from another perspective.

There are two sides to every story. While A.Ham is certainly a key player in Scott’s book, his tale is told through the eyes of his closest companion. The Hamiltons’ relationship wasn’t exactly smooth sailing (remember that Reynolds Pamphlet?) and we’re down to see what Eliza had to say about all of this.

3. It’s all about an empowering (and real) woman.

Knowing every lyric to “Guns and Ships” is all good and fun, but it’s even better when we’re reminded that the Hamiltons were real people who helped create the world we live in today. Though this novel is historical fiction — because even Susan Holloway Scott wasn’t in the room where it happened — Eliza’s story is based on true events and showcases a powerful example of a real-life, fierce boss lady.

4. It’s historical fiction at its finest.

If marathoning “Downton Abbey” as you steep a steamy pot of tea isn’t your thing, don’t let the term “historical fiction” scare you off. It’s a genre that often gets a bad rap for being boring and kind of like a textbook from history class, but ‘I, ELIZA HAMILTON’ falls under this umbrella because it’s a fictionalized re-telling of a real human’s life. Sort of like that one musical Lin-Manuel Miranda wrote…

She has written books about a number of royals and historical figures: The Countess of Dorchester and King James II, The Dutchess of Portsmouth and King Charles II, Sarah Churchill and more. You can browse her books HERE.

6. It will remind you of your undying love for “Hamilton.”

You’re probably still obsessing over the entire soundtrack, but in case you needed reason to listen to “Burn” on repeat…

7. ‘I, ELIZA HAMILTON’ makes its debut just in time for fall! 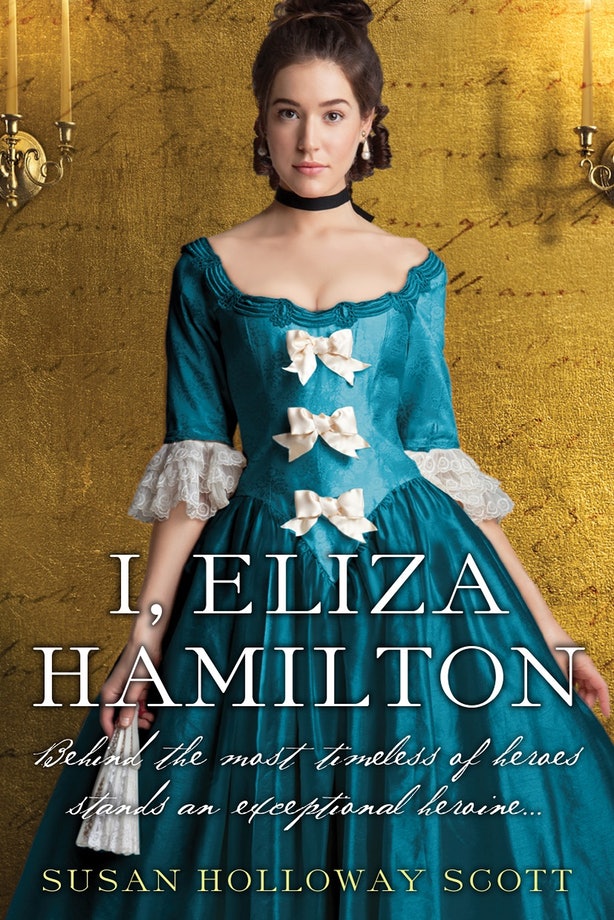 Hitting bookshelves September 26, this read makes its arrival just in time for pumpkin spice lattes and all things autumn. Whether you tackled all of the books on your summer reading list or not, you won’t want to throw away your shot to read Mrs. Hamilton’s inspiring story.

Click HERE to pre-order your copy of ‘I, ELIZA HAMILTON’ now!