My love for live theatre didn’t begin when I went to New York at 17 and saw my first Broadway show. It started long before that in Ontario, Canada. My parents, theatre lovers themselves, started a family tradition of attending the Stratford Festival together every year. From a young age, we were exposed to musicals, Shakespeare and works by playwrights both new and old.

The experience was invaluable, and what I saw on those stages opened my eyes to the world far beyond the borders of my small hometown near Toronto. To this day, I still attend the festival every year. Having traveled the globe and attended productions in a variety of countries, shows I’ve seen at the Stratford Festival remain some of the best I’ve ever experienced.

Here are five reasons why theatre lovers should journey to Canada for the Stratford Festival:

The festival is chock full of high-caliber talent. So much so, in fact, that in 2012, Stratford production of “Jesus Christ Superstar” was brought to New York, launching the Broadway careers of festival favorites Paul Nolan and Chilina Kennedy. And there’s certainly more where that came from. Beyond the actors, dancers and professional directors behind them, the production value of each show is sensational, with beautiful sets and costumes worthy of any Broadway stage.

The wide selection of shows provides something for everyone. Every year, the festival stages a show from each genre: musicals, family, Shakespeare, comedy and drama. It also promotes new work by debuting world premieres, including those by Canadian playwrights.

For the price of some Broadway tickets, it’s possible to see multiple shows at the Stratford Festival. To encourage attendance, the festival offers discounted tickets, promo codes and package deals. Because of show timetables, festival attendees can see numerous shows in the space of a weekend. 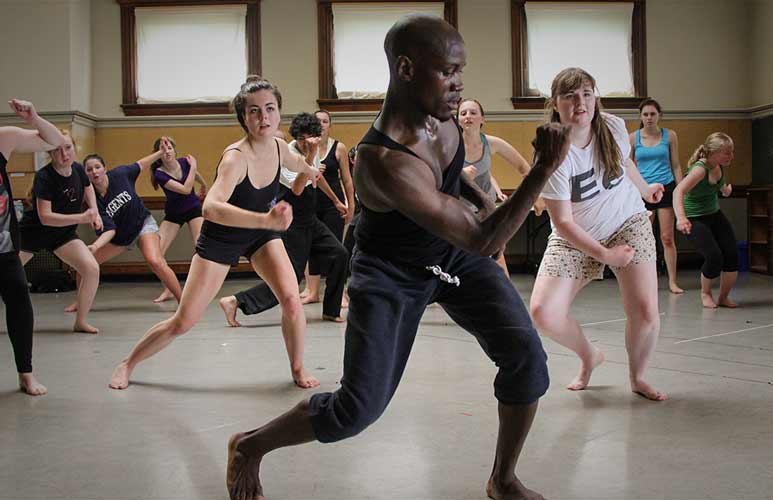 Throughout the season, the festival offers pre-show talks with members of the cast and artistic teams. In years past, it has also offered workshops, such as learning a dance from the show. Festival members teach these workshops during the day before the show.

Visitors to the festival can also sign up for backstage and behind-the-scenes tours of the theatres and theatrical archives, where they’ll learn about the finer details of running a production.

The Stratford Festival also supports arts education, offering ticket packages and workshop options to schools, and a weekend conference in October for educators looking for guidance on how to better incorporate the arts into their programming. 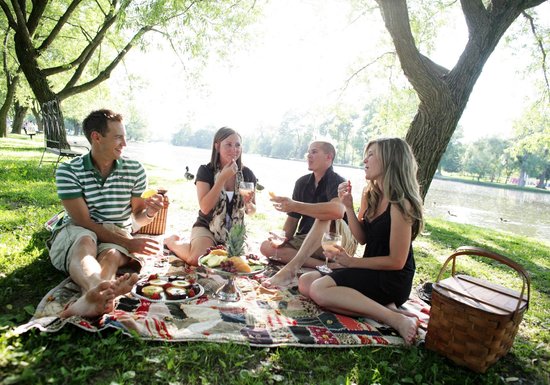 The city of Stratford is a well-groomed tourist destination. Visitors can embark on a road trip through the Ontario countryside or hop on a bus or train from Toronto. Come for the day or stay for the weekend at one of the local hotels or charming inns.

The downtown streets are lined with adorable shops and restaurants. Treat yourself to some shopping at the local artisan shops or indulge your sweet tooth at the famous Rhéo Thompson Candies, which has been making chocolate and treats for almost 50 years.

The summer weather is a great opportunity to stroll the streets, gardens and parks. Enjoy a picnic or boat ride by the picturesque Avon River, and in the fall (the festival runs until the end of October), take in the gorgeous colors as the trees change.

So, grab a group of friends this summer and get ready to indulge in some fantastic theatrical productions, courtesy of your friends in the Great White North.

Ever been to the Stratford Festival? Let us know your thoughts in the comments below…