Aside from its passionate score and book by Lin Manuel Miranda, there is an abundance of elements that make the musical Hamilton such a success. While many were honored for their brilliant work on the show at this year’s Tony Awards, we here at Theatre Nerds took some time to shine a light and recognize those whose behind the scene work has contributed to the game-changer musical. Alongside now Tony Award-winning costume designer Paul Tazewell is assistant costume designer Jennifer Raskopf who was kind enough to speak with us about her journey with the musical. 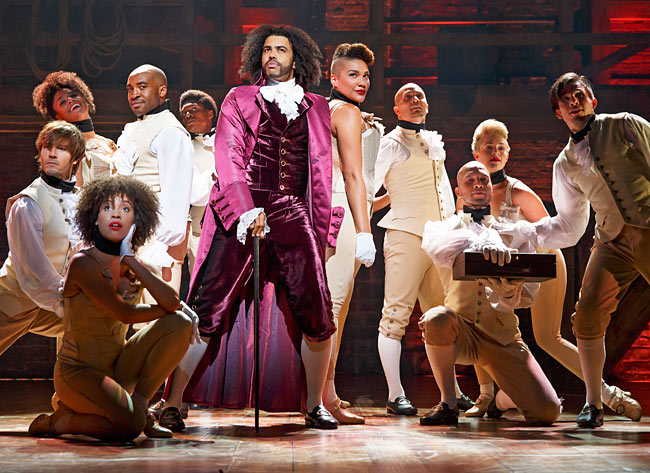 Raskopf’s love for costume design began at an early age. In elementary school, she loved drawing sketches of clothes and had a strong interest in fashion. And though she also developed a love for theatre, she didn’t combine her two interests together until middle school when she finally discovered the world of costume design. Raskopf took an independent study course in fashion design in high school before receiving her bachelor’s degree in theatre with a dual concentration in performance and design from Suny New Paltz and her MSA from Southern Methodist University in stage design with a concentration in costume design.

But what exactly is an assistant costume designer’s job? Well, as Raskopf explains, their task is much more complex and difficult than one may think. “There are a lot of different jobs that go into costume design depending if it’s [a] contemporary [show], if it’s a period piece, etc.,” she tells Theatre Nerds. “If things are being built (meaning that a costume is created specifically for the production, sewn from scratch rather than assembled from existing pieces). A lot of the time assistants will do this thing called swatching where you go around to all the different fabric stores and look for fabric options that match the color scheme and texture that the costume designer wants. I have often been put in charge of bras and underwear because if you don’t have the right garments underneath the clothes, the clothes are never going to look right. Sometimes the assistants go to fittings or, once the show is running, put-ins. You also have to keep up with continuity during the run of a show. If a new cast member comes in, you will need to go out and get the fabric to make the costume that fits their body.”

“There are a lot of different options that go into something as simple as a shirt,” Raskopf explains, “and the assistants are responsible for bringing the right options into the room so that the designer can look at it all together and decide on what they want.” 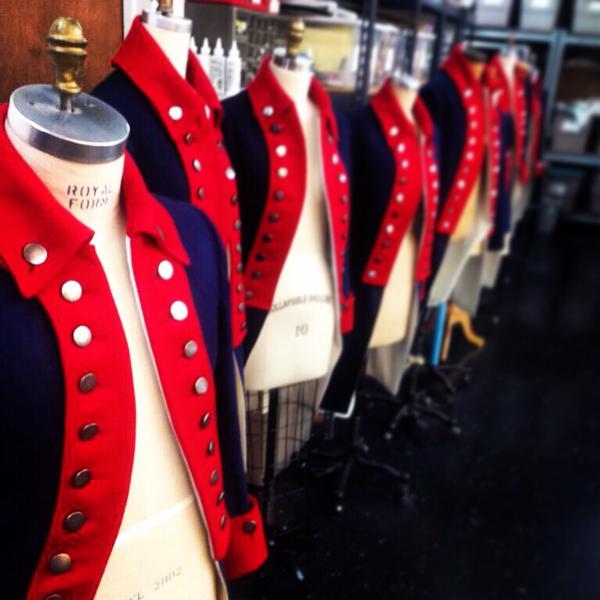 An assistant costume designer’s work is done predominantly before a production is up and running. After that, they are brought in on a call-in basis to assist with certain tasks. “During previews, we are generally there every day and almost every night. Once the show is up and running, we aren’t there every day. It’s a matter of if something rips and needs to be replaced or if an actor is leaving and we need new costumes. A lot of it is handled by the wardrobe department, but a lot if also done by the design team. It’s a really nice collaboration because we have an excellent wardrobe team who handle the maintenance of the show and keep it in a beautiful condition.”

In fact, during tech and previews, the design team if often working very long days. Raskopf told us some of the hardships that come with her job.

“Depending on the show, it’s a very physically demanding job. In tech, you can work upwards of sixteen hours a day. When I was working on the Shrek tour, I took a pedometer with me and there were times when I was walking ten to sixteen miles shopping, taking things to fittings, and picking things up. It’s a lot of running around and it’s a lot of hustle and it’s a lot of hours. But it’s also the sort of situation where I could never see myself in a job where I’m at a desk all day long. And even at the higher up levels where you’re doing a lot of managing and budget work, you are still doing the leg work and you still have to have that hustle.”

Raskopf is incredibly honored to have a part on the marvelous Hamilton team. She describes the experience as a dream, something she wouldn’t trade for the world.

“It’s fantastic!” she exclaims.  “It has been a wonderful experience from start to finish. We have the loveliest team from the producing company to the management. They have all been so wonderful and responsive and supportive of everything that [costume designer Paul Tazewell] wanted to do. I think everyone knows that they are working on something special and no one is taking that for granted which is nice. It’s something that’s brilliant and innovated and it’s an honor to get to work on something like that because they don’t come around that often.” 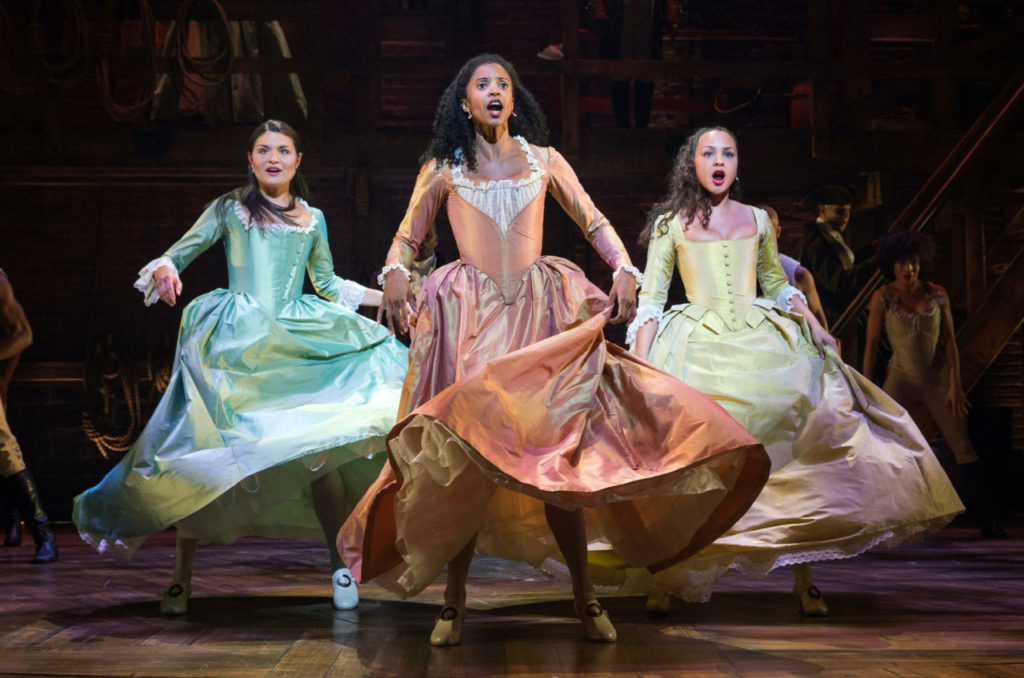 Raskopf left us with her advice for those aspiring to work in costume design.

“It’s always about if you have that drive. You can like theatre and you can like fashion and you can like a lot of the elements of what we do, but if you’re not willing to sweat and twist your ankle and be carrying forty pounds of shopping bags in the rain, then you’re not going to really make it. It’s about having a desire and a passion for what you do. If there is anything else you can see yourself doing, then you should do that. It’s a really physically grueling job and it’s not like you’re getting a ton of recognition. You aren’t doing it for fame or glory, you’re doing it because it’s the one thing you want to do.”