“I closed my eyes, drew back the curtain to see for certain what I thought I knew. Far far away someone was weeping, but the world was sleeping, Any Dream Will Do”. On November 30th, 2018 it was announced to the public that Joseph and the Amazing Technicolor Dreamcoat would be returning to the West End in 2019 next summer. This musical was written by Andrew Lyodd Webber and Tim Rice back in 1967 and has been a fan favorite amongst theatergoers for the last 50 years! JATD is about the Biblical story of Joseph (Found in Genesis 37-50) with a fun musical twist for everyone to enjoy. Last fall I was very privileged to be a part of this musical. Before the new production opens in 2019, this is the half-century of technicolor history. 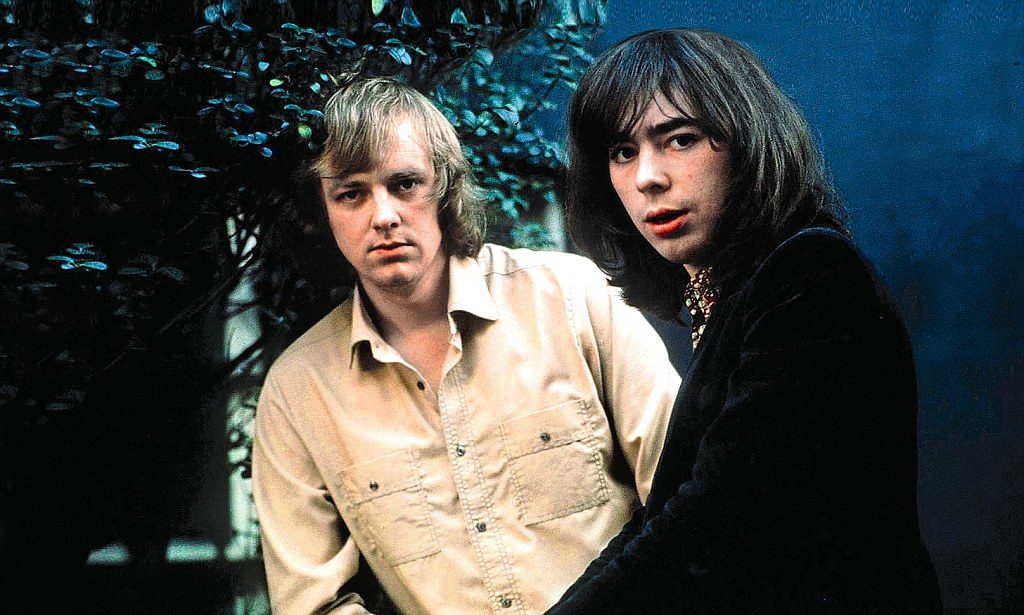 Our story began way-way back many centuries ago. Just kidding. In 1967 ALW and Tim Rice were asked to write a 15-minute pop cantata for a school in England. It was first performed at Colet Court School in London on March 1st, 1968. ALW’s father like the cantata so much he arranged a second performance at Westminster Central Hall, and the cantata was stretched to 20 minutes long by May of 1968. November of 1968 when the third time the cantata was performed, and now it was 35-minutes long. Then in 1969, JATD was taken to a recording studio to make an album. Two years later, the recording was brought to the US after the success of Jesus Christ Superstar. 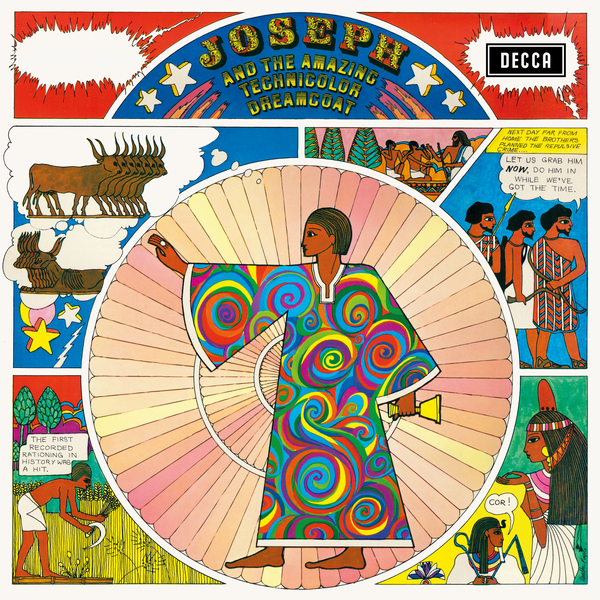 Throughout the early ’70s, JATD had many amateur productions in the US and UK. By 1974 JATD was now a full-length musical. The very first place the full-length show was performed was at the Haymarket Theatre in Leicester. Across the pond in the US, JATD was first performed by Playhouse in the Park in Philidelphia. 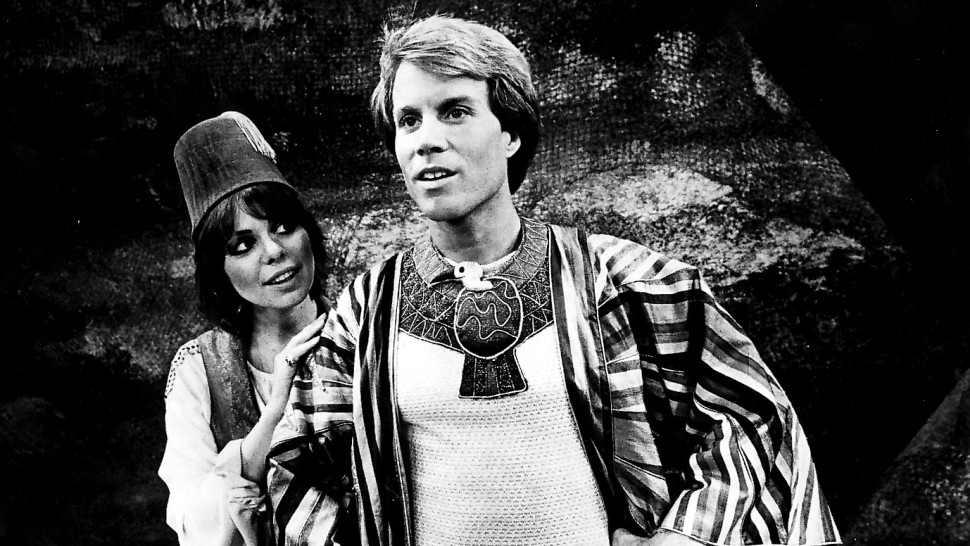 Later in 1981, JATD received an off-Broadway production with Bill Hutton as Joseph. This production was then brought to the now Bernard B. Jacobs Theatre in 1982. The show received many Tony Award nominations including Best Musical and Best Original Score. The show closed on Broadway in 1983 having done 747 performances.

Even though the show was done in the US, in 1991 JATD was back onstage in England at the London Palladium with Australian pop-singer Jason Donavan as Joseph. When the cast album was released in the UK, it was number one on the charts for two weeks. After Donavan departed from JATD, former children’s TV presenter Philip Schofield dawned on that coat of many colors. The next year, the musical opened in Toronto at the Elgin and Winter Garden Theatres with one of the most well known Joseph’s of all time, Donny Osmond. 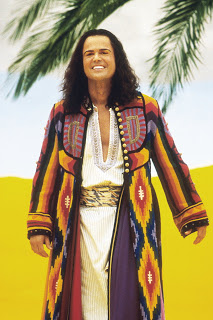 After his time in the Toronto production, Osmond then toured around North America in the role. Finally, in 1992 a major production opened in Australia in Melbourne. The musical was revived for a short time on Broadway in 1993 at the Minskoff Theatre.

In 1999, a direct to video adaptation was released with Donny Osmond reprising his role as Joseph. There were no significant changes. The film was set in a school and the actors playing teachers become the characters in the story and the students become the children’s chorus. Many of the design elements are the same as the professional productions of the ’90s. 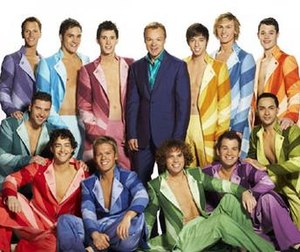 The biggest thing of the 2000s that was technicolor related was the talent search called “Any Dream Will Do”. With the rise of talent searches such as “So you think you can dance” and “American Idol” this was a televised talent search where the public would vote for the actor they wanted to see as Joseph. Each of the contestants would have a solo performance each week while also doing a mission of that week proving that they would be the right choice to play Joseph. Some mission were, practicing being aggressive with John Barrowman, climbing the barricade and singing “Do You Hear the People Sing,” to singing “Pharaoh’s Dreams Explained” in a loincloth in front of their mothers. The two men with the lowest amount of votes would have a sing-off to decide who would stay and who would go home.

The winner of “Any Dream Will Do” was Lee Mead. Before winning the contest, Mead was an ensemble member in Phantom of the Opera and understudied for Raoul. The show ran from July 2007 to May 2009. 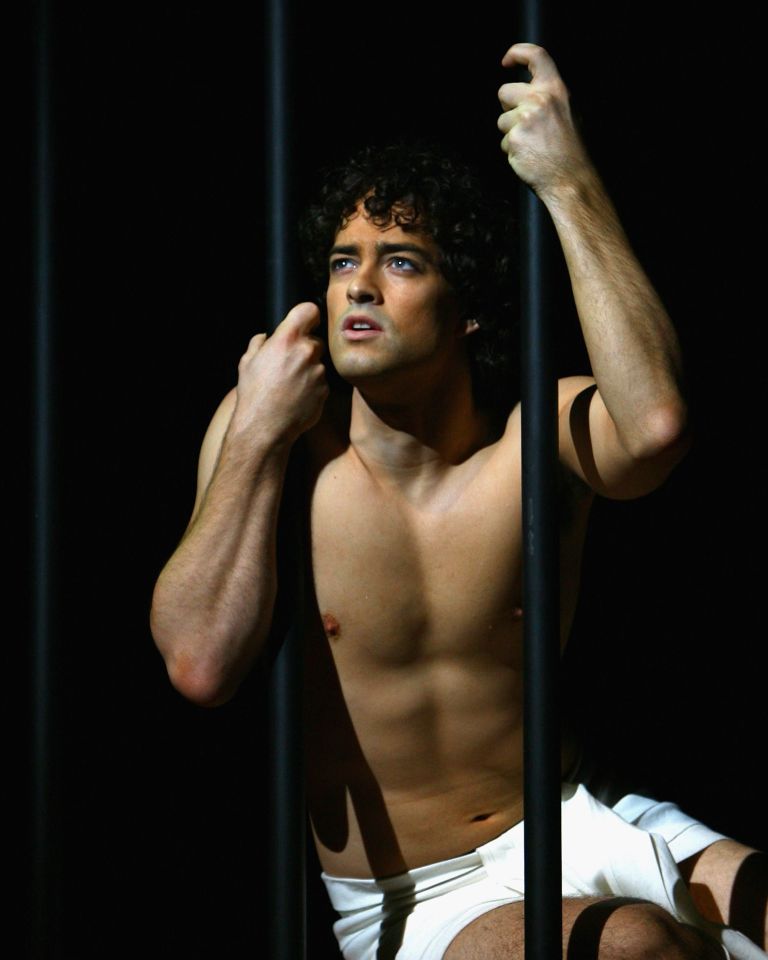 Not too much Technicolor wise has happened in the 2010s besides a few tours in the UK and North America. I was very fortunate to see the US tour with Ace Young and Diana DeGarmo back in 2014, for my 15th birthday. Back in March, the musical celebrated its 50th birthday.

Joseph and the Amazing Technicolor Dreamcoat is a well-loved musical for all generation. It is a great show no matter how big or small. Schools, churches, and community theatres around the world have been performing this show worldwide. Because of this timeless musical, many people have been introduced to the wonderful world of theatre.