It’s hard to make it through October without getting sucked into the vortex of watching Hocus Pocus or It’s The Great Pumpkin, Charlie Brown multiple times on television. There’s something so lovely and familiar about both of these films that always signals the arrival of the Halloween season. But just incase you were looking for something a little different to take in, of the more musical variety, I’ve compiled a few options as you gear up for All Hallows’ Eve.

Here are five musicals to help ignite that Halloween spirit: 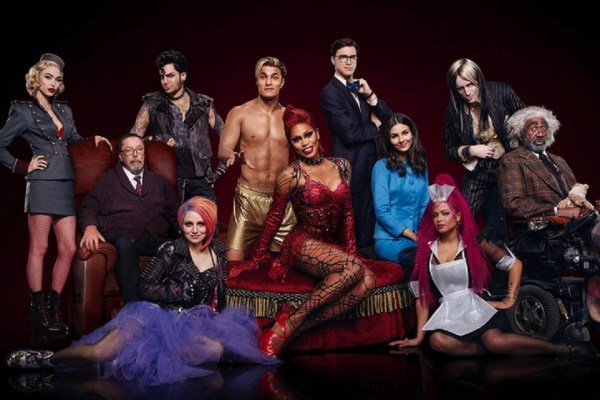 A cult classic but worth all of the hype. If you are looking for something less dramatic and more comedic, this is for you. The original film heralds from 1975 and is a tribute to science fiction, horror and the punk-rock scene in Britain. Kenny Ortega (of Newsies and High School Musical fame) has helmed the star-studded remake, set to air on October 20th on Fox. Or if you are looking to catch the original, check out nearby cinemas, as there are frequent showings of the film where viewers are encouraged to come in character. Start brushing up on your Time Warp now! 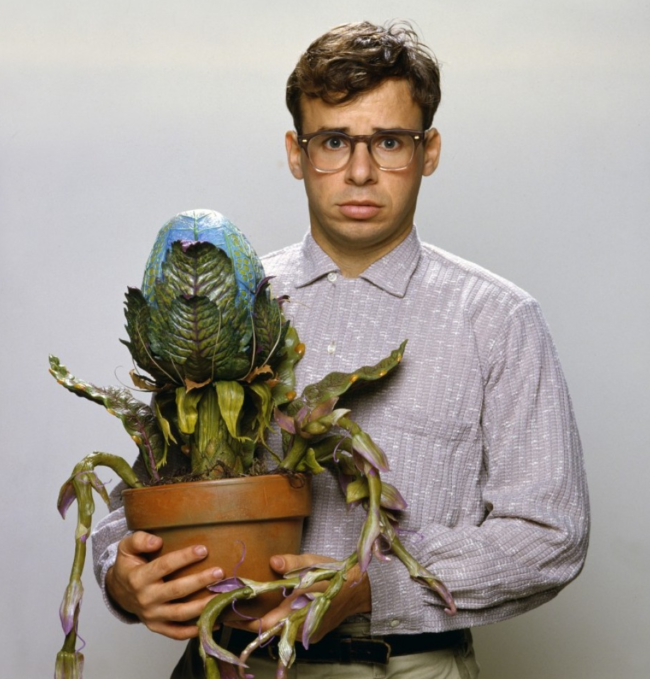 Alan Menken is the composer behind this musical. Sound familiar? He’s composed the score for many a Disney hit including Aladdin, Newsies, Little Mermaid and Beauty and the Beast. Needless to say, the music is great. Little Shop is comedic horror in the same vein as Rocky Horror, about a cannibalistic plant. The film adaptation from 1986 boasts some of Hollywood’s finest comedy actors including Steve Martin, Billy Murray, Ellen Greene and Rick Moranis.

Phantom of the Opera 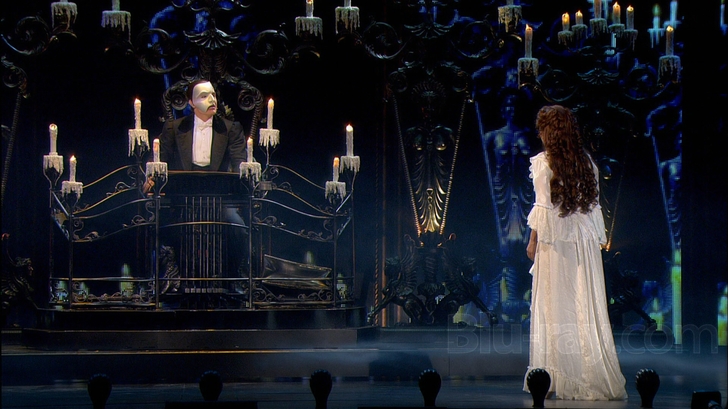 I love to watch this every year in October to get me in Halloween mood. If you haven’t seen Phantom, stop whatever you are doing and watch it right now. The 1986 musical is one of Andrew Lloyd Webber’s finest pieces of work, based on the dark and romantic novel by Gaston Leroux about a disfigured musician who becomes deeply obsessed with a beautiful opera singer. The movie version is good, however, if you have not seen the 25th-anniversary version at Royal Albert Hall, definitely give that a look. Sierra Boggess is stunning as Christine, but it is Ramin Karimloo who steals the show with his performance as the tortured Phantom. 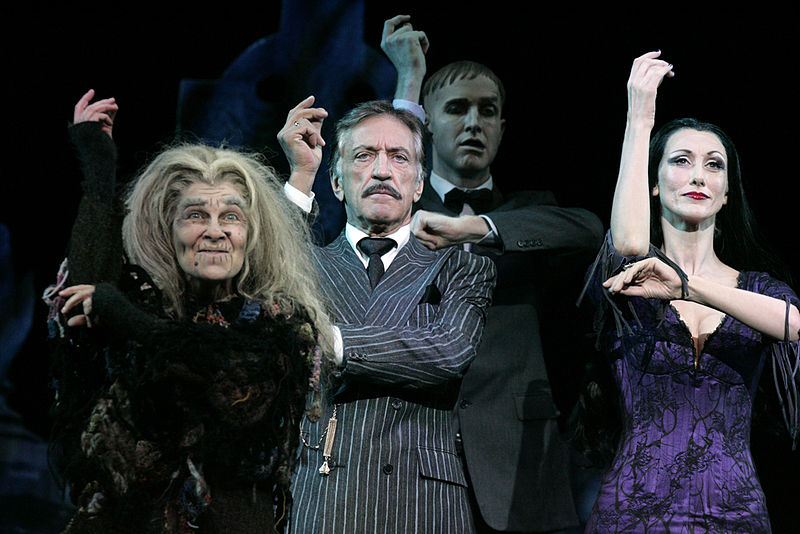 What more can I say but “They’re creepy and they’re kookey. Mysterious and spookey. They’re altogether together ookey. The Addams Family.” This old story of the quirky family has been told in film, book, and finally a Broadway musical in 2009. A popular musical for high school & community theaters to put on during the dark days of fall.

Want to get in the mood? Listen to the soundtrack 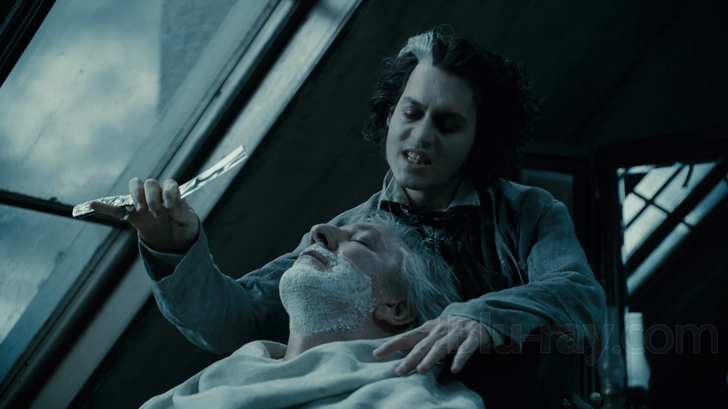 It doesn’t get much darker than Sweeney Todd. Originally a play about a sadistic barber who kills his clients and hands them over to be made into meat pies, Sondheim worked his magic, and this musical thriller took flight in 1979. Johnny Depp earned an Oscar nod for his role in the Tim Burton film adaption, which heralds an incredible cast of Hollywood talent including Helena Bonham Carter and the late Alan Rickman. 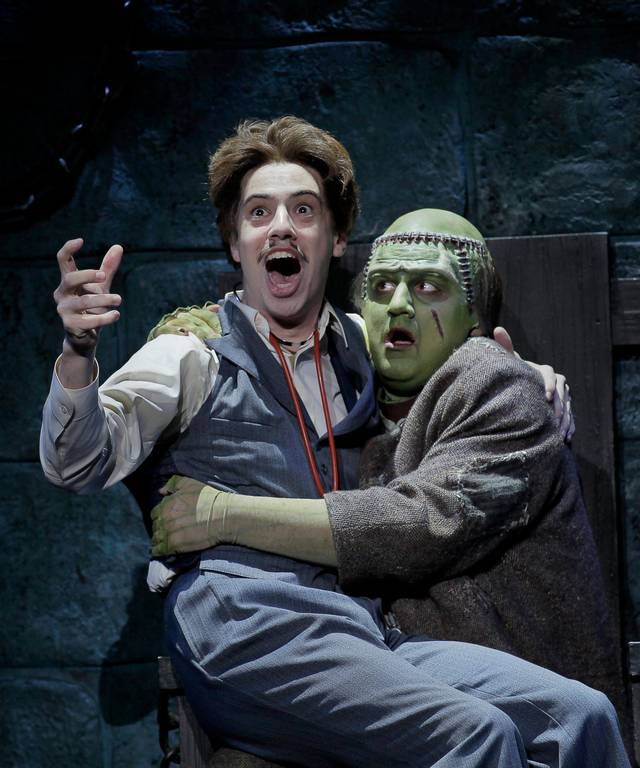 What says Halloween more than a trip to Transylvania. This monstrous (pun intended) Mel Brooks film was adapted into a successful Broadway musical in 2007.

Young Frankenstein tells the story of the grandson of Victor Frankenstein, Frederick Frankenstein (pronounced “Fronk-en-steen”). With his hunchbacked sidekick, Igor (pronounced “Eye-gore”), and lab assistant Inga (pronounced normally), he follows the footsteps of his ancestors to bring a treacherous monster to life. When the monster escapes, that’s when things get silly.

I mean, what could be better than a monster singing & tap dancing to puttin’ on the ritz 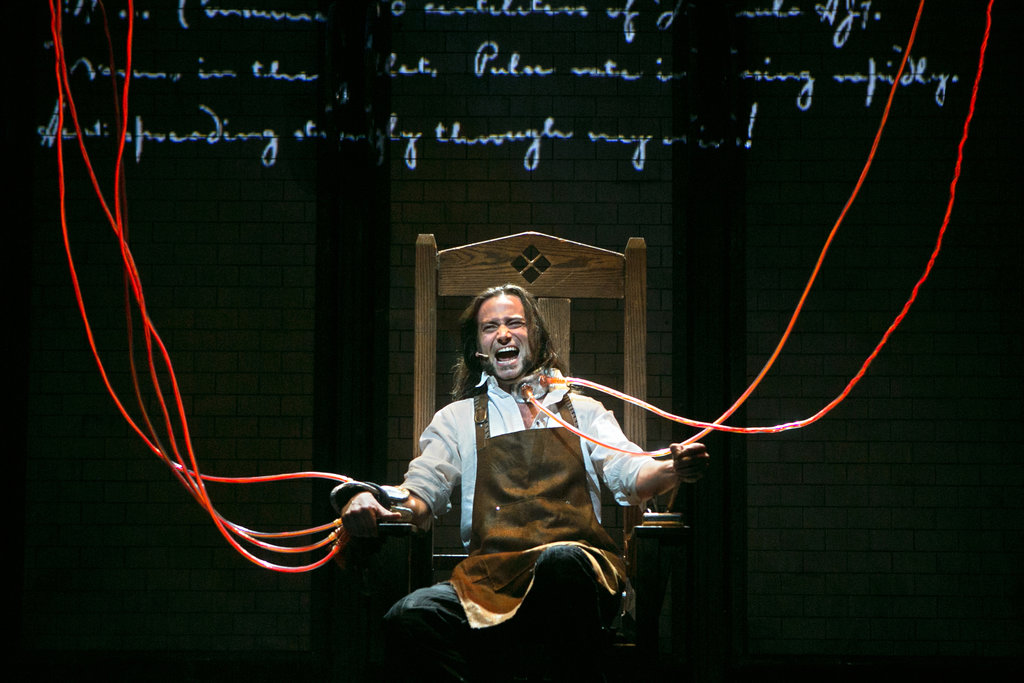 Based on the famous horror story by Robert Louis Stevenson, this musical tells the tale of a young doctor who takes a potion to transform into an evil sociopath that commits crimes and then returns to his former self. The musical premiered in 1990 and opened on Broadway in 1997. There is a DVD recording of a performance from 2000 starring David Hasselhoff in the title role. If you are looking for something more dramatic, this is a solid choice.

Get film version on Amazon

You May Like: Which Broadway Character Should You Be For Halloween?

Have a favorite musical that gets you in the Halloween mood? Let us know in the comments below…