We associate the works of William Shakespeare with the height of western literary achievement. Through his characters, Shakespeare explored the width and breadth of human experience…including the occasional (and by occasional I mean very very frequent) sex joke. Yes, believe it or not the Bard himself was a big fan of the kind of “potty humor” that to this day titillates the average middle schooler. Fart jokes, poop jokes and yes…penis jokes.

Shakespeare was skilled at writing to entertain an incredibly wide audience, from the nobility in their box seats to the “groundlings” or peasant class who could only afford tickets on the ground level looking up at the stage. The Elizabethan theater was structured to accommodate multiple social classes, and Shakespeare’s text was as well. His rich and poetic use of language, metaphor and allusions appealed to the high born educated theater goer, and his penis jokes were written for the rest of us, and our inner twelve-year-old.

Shakespeare was the master of the double entendre, folding two jokes into one and giving double meanings to his punch lines. His plays are riddled with hidden penile puns there to entertain the déclassé audience member.

Mercutio to the Nurse:

for the bawdy hand of the dial, Is now upon the prick of noon.

I do retort the solus in thy bowels, For I can take, and Pistol’s cock is up, And flashing fire will follow. 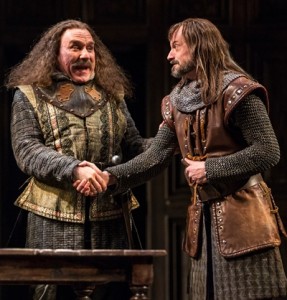 THURIO: Sir Proteus, what says Silvia to my suit?

PROTEUS: O, sir, I find her milder than she was; And yet she takes exceptions at your person.

THURIO: What, that my leg is too long?

PROTEUS: No; that it is too little. 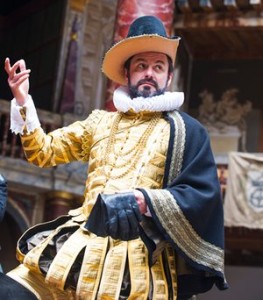 Dumain was at my service, and his sword

CURTIS: Away, you three-inch fool! I am no beast.

GRUMIO: Am I but three inches? why, thy horn is a foot; and so long am I at the least 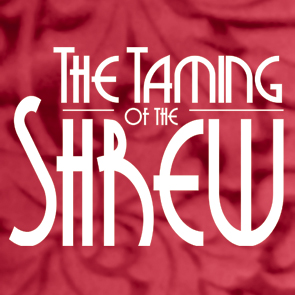 MARIA: A mark marvellous well shot; for they both did hit it.

Let the mark have a prick in’t, to mete at, if it may be.

MISTRESS QUICKLY: Alas the day! good heart, that was not her fault: she does so take on with her men; they mistook their erection.

FALSTAFF: So did I mine, to build upon a foolish woman’s promise. 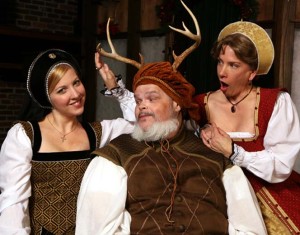 SPEED: Why, then, how stands the matter with them?

Have one that we missed? Leave a comment below…