Welcome to the ‘60s! If you haven’t loudly belted out hits from “Hairspray” in your car/shower/kitchen after you think your mom has gone out, then you haven’t lived. The Tony Award-winning musical follows teenager Tracy Turnblad as she wins a role on a local television show and attempts to use her celebrity to integrate the program. NBC has revived the iconic musical for a live televised production on Wednesday, Dec. 7.

Here’s what audiences can look forward to:

More Stars Than You Can Handle

Have you seen the cast list? The show has enough star power to keep the lights of Broadway running for weeks. Speaking of Broadway, the show will feature stage sensations Harvey Fierstein, Kristin Chenoweth, Ephraim Sykes, Martin Short and Andrea Martin.

Audiences can also look forward to performances by television’s Sean Hayes and Rosie O’Donnell, as well as “Dancing With the Stars” champion Derek Hough and teen dreams Dove Cameron and Garrett Clayton. Rounding out the cast are vocal powerhouses Jennifer Hudson and Ariana Grande.

The show will be a mix of the book, the movies and the musical. The beloved hits from the stage production, such as “Good Morning Baltimore,” will be included, as well as numbers that were written specifically for the recent film adaptation, such as “Ladies’ Choice.” The live show will close with a grand finale duet from Grande and Hudson, who will perform “Come So Far (Got So Far to Go),” the song from the credits segment of the 2007 film.

Unlike NBC’s previous musical endeavors, “Hairspray Live!” will not be filmed on a contained soundstage. The show will follow in the footsteps of Fox’s production of “Grease: Live” and take place in front of a live studio audience in Los Angeles. The ambitious staging boasts 18 sets, half of them outdoors. This means the cast and crew will need to prepare to battle the elements on the day of the show. Rain or shine, the show must go on.

The live show will introduce the world to newcomer Maddie Baillio, who stars as teenage dreamer Tracy Turnblad. But why have just one Tracy? Former Tracy Turnblads Ricki Lake and Marissa Jaret Winokur will make guest appearances in the television special as Mr. Pinky’s assistants.

Forget six degrees of Kevin Bacon — this is the new game we should all be playing. Sykes, who plays Seaweed, has come straight off the stage from the original Broadway cast of “Hamilton.” Based in New York, Sykes has appeared on Broadway since 2008, scoring roles in the original casts of “Memphis,” “Newsies” and “Motown the Musical.”

Secrets of the Sets 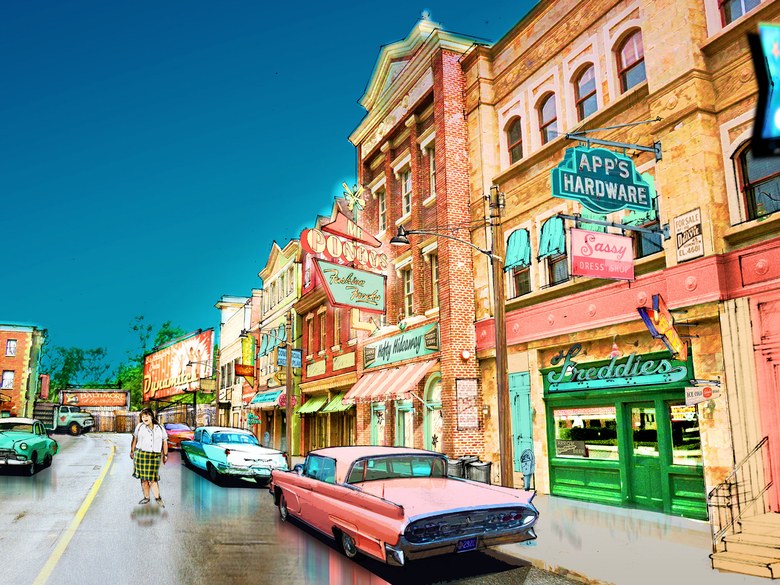 Be on the lookout for the “Back to the Future” clock tower plaza, as it is rumored to be making an appearance as one of the sets. Also, “Hairspray Live!” screenwriter and actor Fierstein revealed that the set for the opening number is a “Hairspray” tribute. Many of the buildings have been purposefully designed and named after someone connected with the show over the years, including some of Fierstein’s costars and the chairman of NBC. Check them out here. 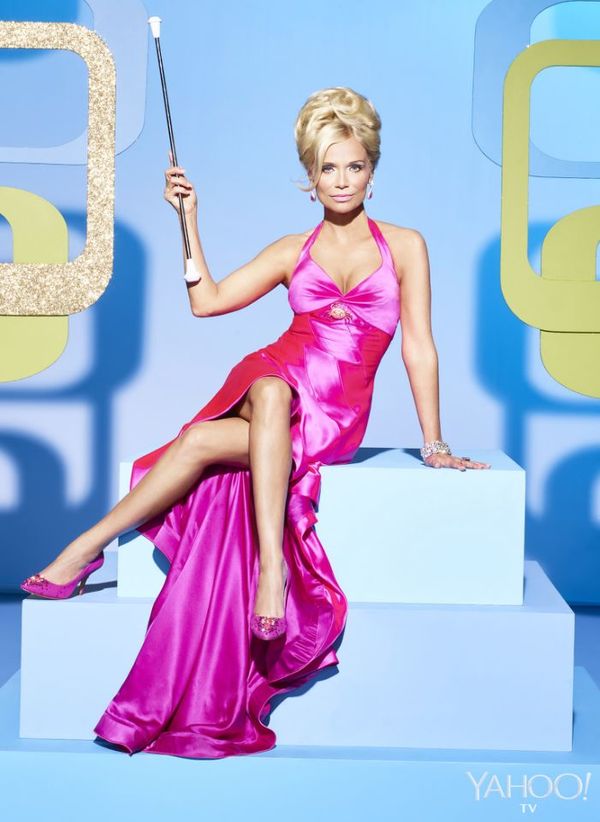 Chenoweth fans can tune in a half hour before the live broadcast to see her co-host the pre-show with fellow cast member Hayes, who plays Mr. Pinky. It’s likely to be both charming and hilarious.

You Can Join In on the Fun

Broadway sensation and “Glee” alum Darren Criss will host an online broadcast via Facebook Live. He will interact with viewers on social media and give a behind-the-scenes look throughout the show. Viewers will also be able to see the show from a variety of unique camera angles both on and off the set. Unlike previous live shows, “Hairspray’s” digital platform will give fans an all-access experience, allowing them to completely immerse themselves in the show.

Want a preview? Check out the cast performing “You Can’t Stop the Beat” during the Macy’s Thanksgiving Day Parade.

What you are hoping to see most from “Hairspray Live!”? Leave a reply below…