You tried to get tickets to “Hamilton.” You really did. No one in the history of the universe has ever tried harder. But after repeatedly refreshing your email waiting for that digital lottery golden ticket to pop up, you’ve come up disappointingly short.

Though you could spend all day memorizing the marquee of Richard Rodgers Theatre and hoping Lin-Manuel Miranda is going to stroll by to say a quick “hello” to the current cast, you’re in the greatest city in the world, and it would be a waste not to take advantage of it. After all, history had its eyes on Hamilton long before the musical came around.

If you’re a “Hamilton” fan with a few hours to kill in New York City, the following are the top five historical landmarks featured in the show that will teach you more about the storied American legend and make up for the fact that today is sadly not the day you see “Hamilton.” 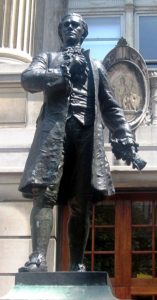 I’m ‘a get a scholarship to King’s College / I prob’ly shouldn’t brag, but dag, I amaze and astonish…”

Though King’s College is now known as Columbia University, this institution is where Hamilton got his education after arriving in America. While you’re strolling around the grounds, turn up “My Shot” and “Farmer Refuted” and imagine what it was like to study here in the midst of a revolution. Outside Hamilton Hall, snap a shot or two of the statue of the ten-dollar Founding Father. Afterward, head down the street to the worshipped Hamilton Deli (otherwise known as Hamdel) for a sandwich that will guarantee that “you’ll be back.” 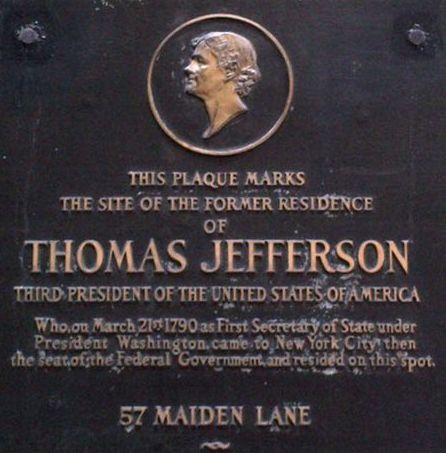 “Two Virginians and an immigrant walk into a room, diametrically opposed foes…”

If you want to be in the room where it happens, head to the Thomas Jefferson Residence at 57 Maiden Lane. Jefferson rented out this space while he was serving as secretary of state, and it is the spot of the infamous dinner between Hamilton, Jefferson and Madison that settled the Compromise of 1790 (and none for Aaron Burr, bye!) Though the home is no longer standing, there is a plaque you can read and take pictures of that commemorates the site’s history. 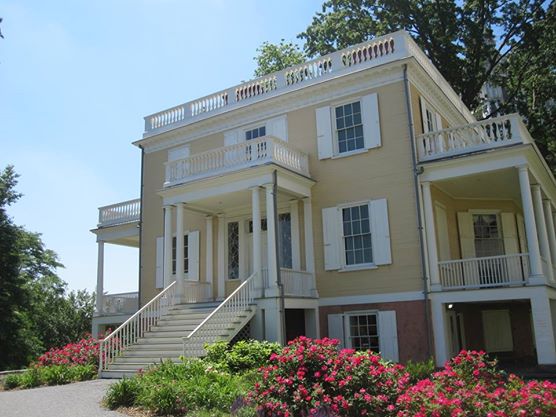 “Eliza, do you like it uptown? It’s quiet uptown…”

Hamilton’s love for the city of New York is a prevalent theme throughout the musical, and though he only lived in this Harlem estate for two years before his death, it’s a can’t-miss stop for any Hamilton fan. Press pause on your 100th listen to “It’s Quiet Uptown” and take a break to check out the interactive exhibit in this Federalist-style home. The National Park Service website for the Hamilton Grange does advise you to arrive 30 minutes before the time you’d like to take a tour — believe it or not, its popularity has been kicked up a notch over the past year! 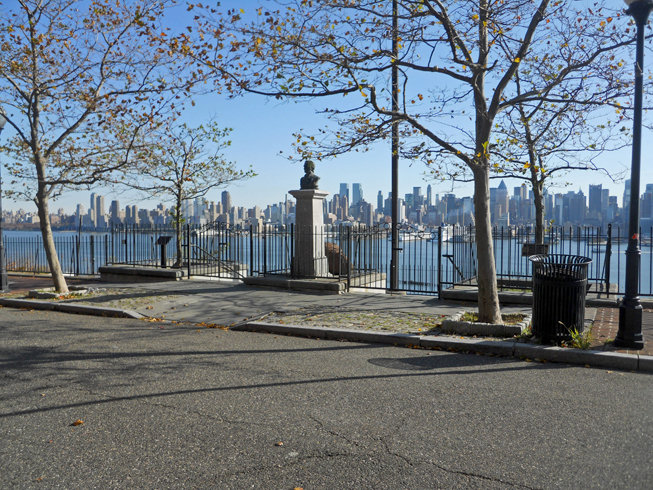 A tour of the best Hamilton landmarks would be incomplete without a trip across the Hudson into Jersey — everything is legal in New Jersey. Weehawken is the site of not one, but two deadly duels in the show as both Phillip and Alexander Hamilton faced off with their enemies there. Though the original site has been covered up by train tracks, you can still check out a monument while you’re there and imagine what it was like for Hamilton and Aaron Burr to let their political rivalry reach such a violent point. And, of course, you won’t be able to help humming “The Ten Duel Commandments” under your breath. 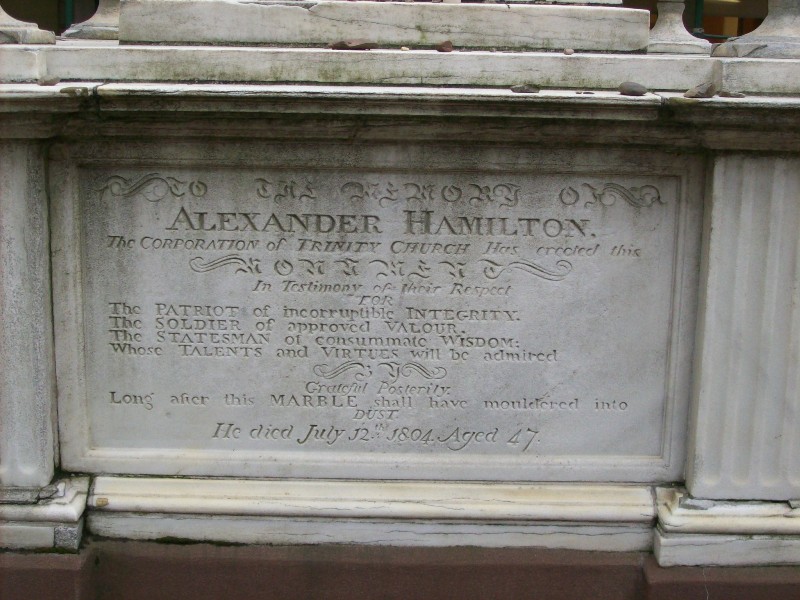 “She is buried in Trinity Church near you…”

Hamilton spent his entire life working tirelessly to secure his legacy in history, and Trinity Church Cemetery is the perfect place to go pay your respects. Eliza Hamilton, Angelica Schuyler and Phillip Hamilton are buried here as well. The epitaph on Hamilton’s tombstone honors him with these words:

The Patriot of incorruptible integrity.

The soldier of approved valour.

The statesman of consummate wisdom.

Whose talents and virtues will be admired

Long after this marble shall have mouldered into dust.

Though nothing can replace the experience of watching “Hamilton” live, checking these landmarks off your bucket list will leave you even better prepared to fully appreciate the show the next time you’re in New York and the odds of the digital lottery tilt magically in your favor.